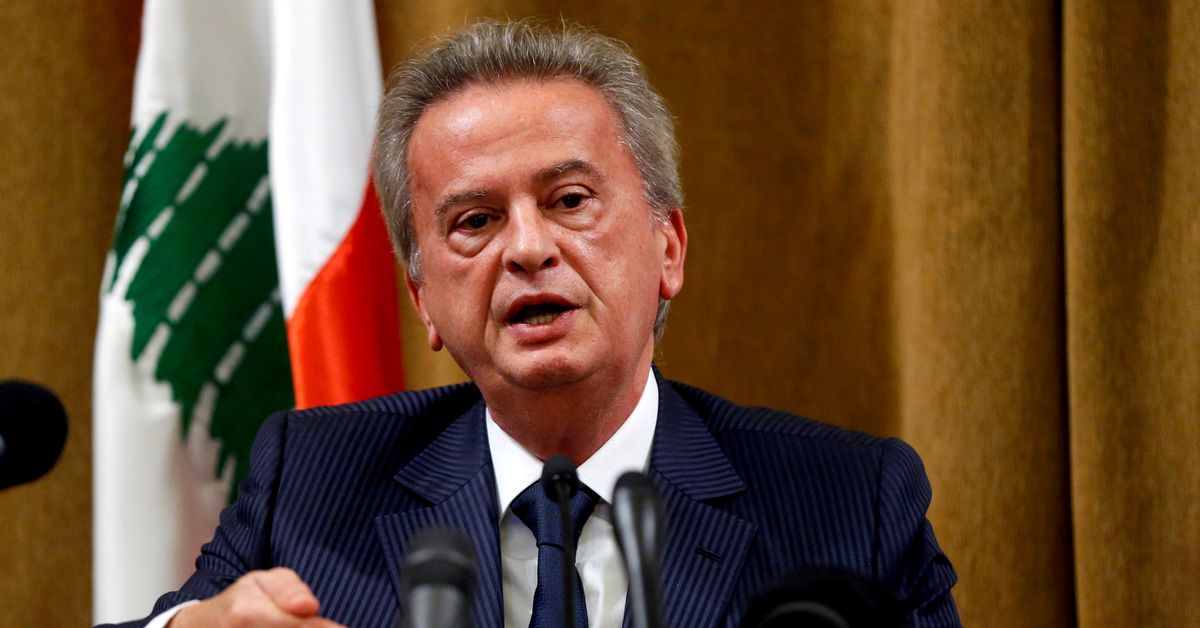 An anti-corruption group has submitted a legal complaint in France against Lebanon’s central bank governor over foreign investments including property he owns worth millions of euros, two people involved in the filing said on Monday.

Sherpa, a non-governmental organisation that defends victims of economic crimes, said in a statement that it and a group of lawyers had filed the complaint on Friday over “suspicious” real estate purchases in France.

Central Bank Governor Riad Salemeh told Reuters he had proved and shown documents on many occasions highlighting that the source of his wealth was acquired before taking up his post in 1993.

“I have also declared that my properties in France were acquired prior to being governor,” he said.

Salameh’s brother, son and an associate are also named in the legal complaint, said Laura Rousseau, head of the illicit financial flows programme at Sherpa.

Lebanon’s financial and political elite have long been under scrutiny over allegations of mismanagement, corruption and obstructing efforts to unlock international aid.

It is the latest complaint filed on suspected Lebanese corruption to authorities in Europe. read more

Salameh has dismissed previous corruption allegations against him as a smear campaign.

The 81-page complaint in France, seen by Reuters, outlines what it says are assets, companies and investment vehicles across Europe worth hundreds of millions of euros which it alleges Salameh, members of his family and his associates used over years to divert funds out of Lebanon.

France’s National Financial Prosecutor, where the compliant was filed with the Collective Association of Victims of Fraudulent and Criminal Practices in Lebanon, was not immediately available for comment.

The complaint also lists almost 20 senior Lebanese politicians and suggests that bank owners and shareholders who could also be targeted in the future.

Lebanon faces a financial crisis in which banks have blocked most transfers abroad and cut access to deposits as dollars grew scarce. The meltdown has dragged down the currency, prompted a sovereign default and fuelled widespread poverty.

“At the end of this affair, France will have to ensure that ill-gotten funds will be returned to serve the general interest, improve the living conditions of the Lebanese, strengthen the rule of law and fight against corruption,” Sherpa said.