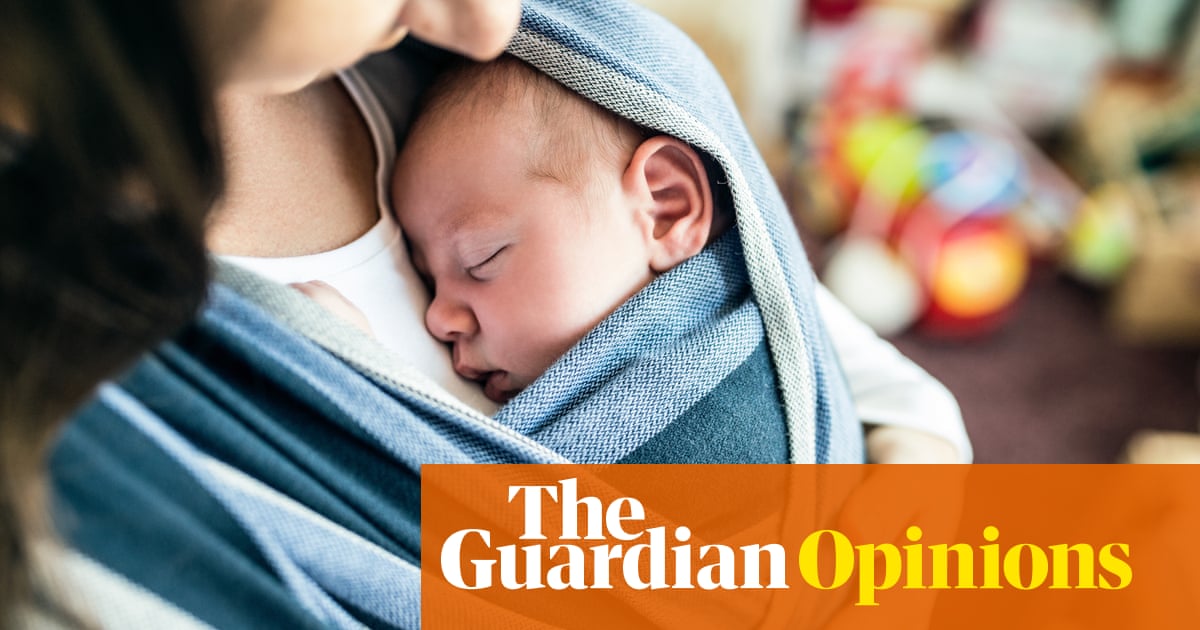 A boob. A bed. Maybe a bottle? In the early days of my wife’s pregnancy, I naively thought that was all a newborn baby would really need. After all, all they do is eat, poop, sleep, repeat. You don’t need an arsenal of complicated equipment to deal with that, right?

Wrong. Our first child is due imminently and, despite my best efforts to escape the evil clutches of the baby-industrial complex, our tiny New York apartment is stuffed with weird stuff. Reader, I have a snot-sucker. That’s not a euphemism – that’s a real thing you use to suck mucus out of a child’s nose. I asked a friend with kids: “Seriously? Do I actually need this?” She gave me a look a lot of parents have been giving me recently. It’s a look that says: “Damn, you really don’t know what you’re in for.”

I haven’t just become a person who owns a snot-sucker. I’m dismayed to say that I have become a person who knows far too much about the Snoo. The Snoo being a $1,495 (£1,145) artificial-intelligence-powered bassinet that uses algorithms to respond to a baby fussing and rock it back to sleep. “You absolutely need a Snoo,” some people have told me. “It’s a huge waste of money,” others have said. It’s like the Marmite of baby gear. Just a hell of a lot more expensive.

In Finland, supposedly the world’s happiest country, new parents are sent home with a cardboard box for a crib

While you may need slightly more than a boob and a bed to raise a kid, you don’t need an AI-powered crib to be a good parent. In Finland, supposedly the world’s happiest country, new parents are sent home from hospital with a government-issue cardboard box for their babies to sleep in. (In the US, which has the most miserable parents in the western world, according to a 2016 study, you’re sent home from hospital with a massive bill.) Nevertheless, being an expectant parent means being bombarded with ads that guilt-trip you into spending money unnecessarily. For example, we recently got a pamphlet through the post urging us to store our newborn’s cord blood in a private bank in case she develops a condition that can be treated with her own stem cells. The chances of that happening are negligible, but what if it does? If you don’t cough up, you don’t care about your kid’s life. The whole thing feels predatory and disgusting. Particularly as it’s far better to donate that cord blood to a public bank where there’s more of a chance it may help someone.

It’s not just the expensive cribs and the weird blood banks that get your head spinning, it’s the endless conflicting baby advice. Stick to a strict routine, or they’ll turn into a monster! Don’t stick to a schedule, or they’ll become neurotic! If you let your kid cry it out, they’ll turn into a sociopath who is incapable of forming secure attachments! If you don’t let them cry it out, they’ll never learn how to be independent!

For a hot second, I thought I ought to get into the baby advice business myself; it seemed like a lucrative career move. At one point, I decided to trial in-utero sleep training and then patent my amazing technique. Anyway, I got tired of that after about five days of playing the same song next to my partner’s belly at bedtime. Then I thought I would teach the kid the times tables while she was still in the womb. That plan was foiled when I realised, with horror, that I wasn’t sure I could remember all my times tables. Now I have decided that the best thing I can possibly do to prepare for parenthood is just try not to worry too much – and perhaps brush up on my times tables.

Arwa Mahdawi is a Guardian columnist.

Sorgente articolo:
Our first child is due, and I’m already in the clutches of the baby-industrial complex – The Guardian