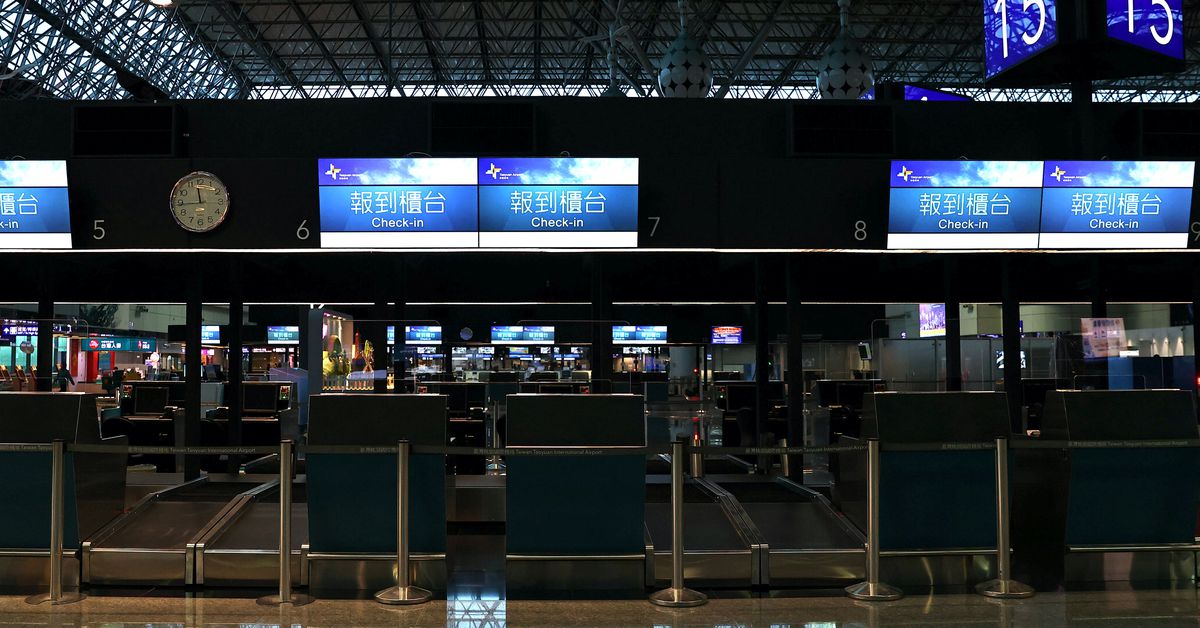 Taiwan became the latest place to ban arrivals from coronavirus-stricken India on Monday, as it moves to prevent new infections, with more nations reporting cases of a variant first identified in the subcontinent.

The variant, B.1.617, has reached at least 17 countries, from Britain and Iran to Switzerland, sparking global concern and spurring several to close their borders to people travelling from India.

Scientists are studying whether the variant, resulting from two key mutations to the outer “spike” portion of the virus that attaches to human cells, is driving an unexpected explosion in cases in India. read more

The south Asian nation’s tally of infections was just shy of 20 million on Monday, after it reported more than 300,000 new coronavirus cases for a 12th straight day. read more

Last month, Indonesia, which has been battling one of Asia’s worst COVID-19 outbreaks, stopped issuing visas for foreigners who had been in India in the previous 14 days.

“We need to contain these cases, while there are still only a few of them,” said Indonesian health minister Budi Gunadi Sadikin, after the first two cases of the variant reported in the southeast Asian nation on Monday. read more

Neighbouring Malaysia said on Sunday it had detected its first case of the Indian variant, days after imposing a ban on flights from the country. read more

On Monday, Taiwan said that except for its citizens, all those who had been in India in the 14 days prior would be barred from entering its territory, while returning Taiwanese face 14 days in centralised quarantine facilities. L1N2MQ08Z

The move comes after Australia took a more drastic measure last week, banning the entry of residents and citizens who have been in India in the previous two weeks, threatening fines and jail for any who disobey. read more

It was the first time Australia has branded citizens’ return home a criminal offence.

Australia defended the ban, which took effect on Monday, saying it had a “strong, clear and absolute” belief that the move was legal. read more

“The strong, clear view is that there has been no doubt in any of the Commonwealth advice about this.”

Philippine officials warned that they could not rule out the possibility of an India-like COVID-19 crisis, saying last week’s decision to ban entry of arrivals from India aimed to keep it from becoming a reality.

“It is possible for it to happen here if we don’t intensify responses,” Health Undersecretary Rosario Vergeire said.

The World Health Organisation designates the variant as being “of interest”, suggesting it may have mutations that would make the virus more transmissible, cause more severe disease or evade vaccine immunity.

Other strains with known risks, such as those first detected in the Brazil, Britain and South Africa, have been categorised as “variants of concern,” a higher threat level.