The Hamas terror group in Gaza threatened Israel on Tuesday over tensions in East Jerusalem as a number of Palestinian families face eviction as part of an ongoing effort by right-wing Israelis to take control of homes in the Sheikh Jarrah neighborhood.

In a rare public statement from Mohammed Deif, the elusive head of Hamas’s armed wing, the Izz ad-Din al-Qassam Brigades, Hamas warned Israel would pay a “heavy price” if the evictions went ahead.

“I salute our steadfast Palestinians at Sheikh Jarrah in occupied Jerusalem; The resistance leadership and al-Qassam are watching closely what is happening in the neighborhood,” Deif said.

“This is our final warning; If the aggression against our people in the Sheikh Jarrah neighborhood does not stop immediately, we will not stand idly by and the occupation will pay a heavy price,” he warned. 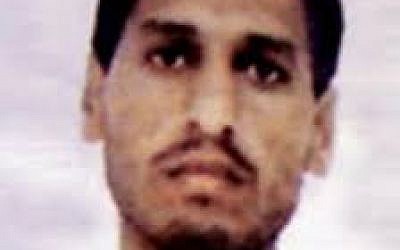 Deif, one of the founders of Hamas’s military wing, has been wounded in several Israeli assassination attempts. One of his wives and two of his children were killed in an Israeli attempt on his life during 2014’s Operation Protective Edge.

Israel’s border with Gaza has been largely quiet in recent months following a truce between Israel and the terror group, however, last week saw dozens of rockets fired at Israel following clashes in Jerusalem.

The threats come after two Palestinians were arrested and ten people injured in clashes in East Jerusalem on Monday evening, according to the Israel Police and the Palestinian Red Crescent.

Israeli police and border officers arrived “after a protest including dozens of protesters who disturbed the peace,” according to the police, who said demonstrators threw stones and bottles at security forces and blocked traffic.

Police said they gave protesters “a reasonable time” to leave the “unlawful protest” before they dispersed the demonstration. 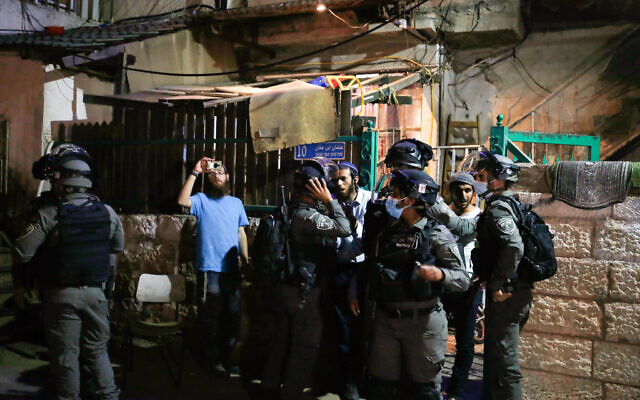 Israel forces stand guard outside a building where a Jewish family lives during a Palestinian protest in the East Jerusalem neighborhood of Sheikh Jarrah, May 4, 2021 (Jamal Awad/FLASH90)

Palestinians defied the order to disperse and officers ended the demonstration with the use of mounted police and foul-smelling skunk water.

The Red Crescent said three of the injured were hospitalized.

Weekly demonstrations have been held for years in Sheikh Jarrah, with activists and Palestinian residents protesting the eviction of some Palestinian families in favor of right-wing Jews.

According to the watchdog group Peace Now, Jewish claimants seek to evict 58 more Palestinians. The Supreme Court is set to announce a decision for four of those families on Thursday.

According to the left-wing nonprofit Ir Amim, some 600 eviction files — including 75 Palestinian families’ homes in Sheikh Jarrah  — are currently being examined by the Justice Ministry.

East Jerusalem Palestinians and their allies charge that the law discriminates against them, effectively allowing Jews to reclaim property in East Jerusalem even as Palestinians have no ability to make claims in the city’s Western Jewish-majority half.

The expulsions, when they take place, are often the result of court battles extending over years or even decades. The litigation relies on a 1950 law that allows the Israeli government to reclaim the property of Palestinians deemed legally absent, as well as a 1970 law that provides a legal path for Jews to reclaim Jewish-owned property in East Jerusalem from before 1948. 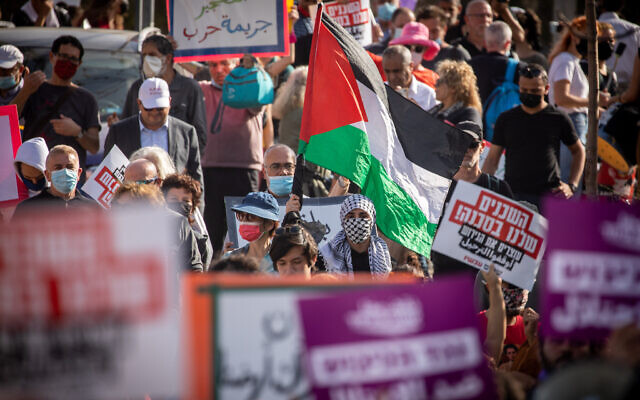 Palestinians and left-wing activists protest against the expulsion of Palestinian families from their homes in the East Jerusalem neighborhood of Sheikh Jarrah. April 16, 2021. (Yonatan Sindel/Flash90)

Jewish would-be residents and their allies, such as the hard-right Ateret Cohanim group, argue that they are extending the Jewish presence in Israel’s capital through legal means.

Opponents of the Sheikh Jarrah evictions have gathered regularly in the neighborhood, including Joint List MK Ofer Cassif, who last month was filmed being beaten by police. Police charged that Cassif had struck the police officer first, provoking the assault, although they have not released video evidence supporting the claim. 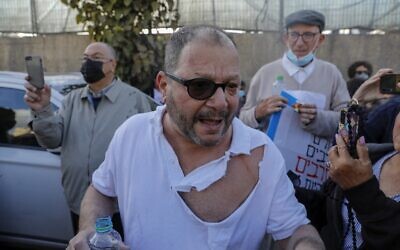 MK Ofer Cassif, a Jewish member of the predominantly Arab Joint List party, is pictured after being beaten and detained by Israeli police during a demonstration in Jerusalem’s Sheikh Jarrah neighborhood, April 9, 2021. (AHMAD GHARABLI / AFP)

Jordan administered the West Bank, including East Jerusalem, until the 1967 Six Day War and remains the custodian of Muslim holy sites in the city. The kingdom says it built homes for Palestinian refugees in East Jerusalem after the creation of the Jewish state in 1948.

Jerusalem’s status is one of the thorniest issues of the Israeli-Palestinian conflict, with the international community insisting it must be negotiated by the two sides. Israel views the whole city as its capital while the Palestinians want East Jerusalem to be the capital of their own future state.