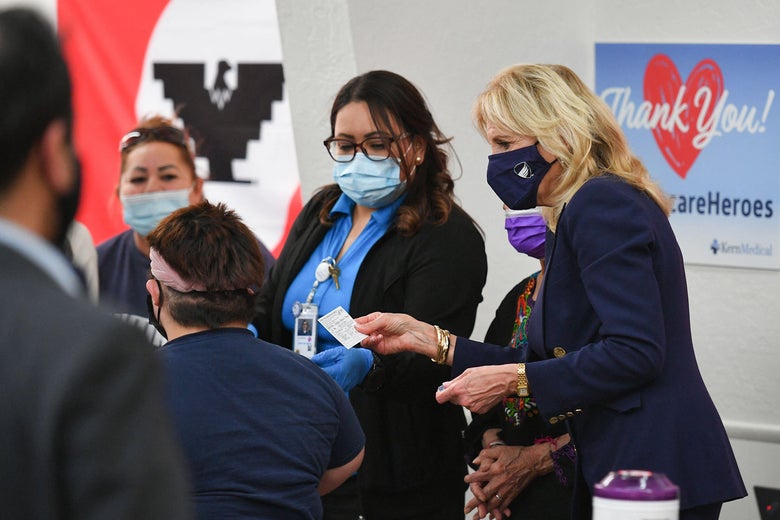 The concept of vaccine passports has opened a new fissure in the COVID culture wars. Many liberals and libertarians—and a slim majority of Americans—support them, while many conservatives call them unjust, even unconstitutional discrimination. On this last point, however, U.S. constitutional law is clear: The government can limit certain rights and privileges to the vaccinated, especially during a pandemic. So the more pertinent question now isn’t whether vaccine passports are allowed; it’s whether they are required—whether the Constitution entitles vaccinated people to receive exemptions from many COVID restrictions. We believe it does.

More controversially, vaccine passport has come to mean a policy in which the government and businesses exempt vaccinated people from certain restrictions. Beneficiaries are allowed to travel, avoid quarantine, attend sporting/political/arts events, eat in restaurants, and/or patronize other businesses, with few or no restrictions. Those without this credential may face ongoing significant restrictions until a community reaches herd immunity. Many countries like Israel and Denmark already have such a system in place, and for U.S residents, they’re already being implemented for university enrollment and outgoing international travel.

Here’s why governments may be constitutionally required to provide a vaccine passport program for people under continuing restrictions. Under the U.S. Constitution, the government may not tread on fundamental rights unless the policy is “the least restrictive means” to achieve a “compelling” government interest. Even some rights considered nonfundamental may not be infringed without a rational or non-arbitrary reason. Before vaccines, blanket lockdowns, quarantines, and bans on things like travel, public gatherings, and church attendance were a necessary measure to slow the pandemic. The various legal challenges to these measures mostly failed—rightly, in our view. But now, a small but growing set of the population is fully vaccinated, with high efficacy for preventing transmission and success rates at preventing serious illness close to 99 percent or higher.

Facilitating mass immunity—and exempting the immunized from restrictions—is now both the least liberty-restrictive method for ending the pandemic through herd immunity and the most effective one. Imagine a fully vaccinated person whose livelihood is in jeopardy from ongoing travel or business restrictions. She might go to court and argue: “I present little or no danger to the public. So restricting my freedoms and preventing me from contributing to society and the economy isn’t rational, let alone the least restrictive means of protecting the public. Since you’re not lifting restrictions for everyone, the Constitution requires that I be exempt.”

This argument alone should be enough to justify mandating that passports be made available where COVID restrictions are still in place. But public health experts tell us that there are others. Throughout the world, vaccine hesitancy is a barrier to achieving herd immunity. Over a quarter of Americans—and a majority in some areas—say they will not get vaccinated. By offering an additional “carrot” of expanded privileges and freedoms, vaccine passports would nudge at least some to overcome their hesitancy, protecting many additional people from the virus.

Opponents of vaccine passports—such as American conservatives and progressives in Europe and Israel—cite equity or fairness: It’s inappropriate or even unconstitutional, they say, to give some people but not others certain rights. Many conservatives say that the passports coerce people into accepting a vaccine in exchange for recovering their basic liberties. Some argue that governments will use the passports to justify prolonging restrictions. Progressives, on the other hand, are focused on the fact that not everyone has access to the vaccine yet, and that some groups may have more access than others. The WHO has also cautioned against vaccine passports, noting it’s not “certain” that vaccinated people cannot transmit the virus.

These arguments are intuitively appealing, but not ultimately persuasive. Under U.S. law, when the government treats people differently based on whether or not they’ve taken some action, it usually triggers only the lowest level of constitutional scrutiny. In that case, the government need only provide a rational reason to justify the distinction. In fact, U.S. courts have repeatedly upheld schools’ and state requirements that exclude or penalize those who don’t receive certain vaccinations. The justification for vaccine passports will weaken as we reach herd immunity, when even the unvaccinated will pose less of a threat to themselves or others. But for now, there’s reason to expect that a vaccine passport program would hasten herd immunity and the end of the pandemic, and thus the easing of liberty restrictions for everyone, vaccinated and unvaccinated.

As to requiring certainty about the impossibility of transmission, there is growing evidence that the vaccinated present extremely little risk of transmission. Regardless, our public health policies in other domains rarely demand zero risk, as the things that fulfill our lives and sustain our livelihoods are rarely 100 percent safe. We allow people with heart conditions to drive, although they sometimes suffer cardiac arrest and hurt others. And we allow people suffering from contagious seasonal flu to freely travel in public, although on average about 35,000 Americans die of influenza each year.

The vaccine is free and already widely available in the United States. In many places where it is less available, the groups that still have the least access (younger and healthier people) are also least vulnerable to the virus. As for those who cannot get a vaccine for medical, transportation access, or other reasons, some governments like the European Union are reportedly considering providing passports to those who recently and regularly test negative, or to those who can show sufficient antibodies after having recovered from the illness. Sadly, many countries in the Global South like India are likely to have little vaccine access for some time. The inequitable global distribution of vaccine access is troubling; rich countries can do more to help, like sending equipment and opening vaccine patents. But not introducing vaccine passports on fairness grounds would do nothing to promote global access—if anything, it might do the opposite by deepening the pandemic’s economic impact.

Constitutional choices sometimes involve difficult trade-offs between liberty and safety. This is not one of those times. Vaccine passports would promote both liberty and safety, while responsibly hastening our return to (near) normalcy.

An expanded version of this argument appears in the Journal of Nuclear Medicine.