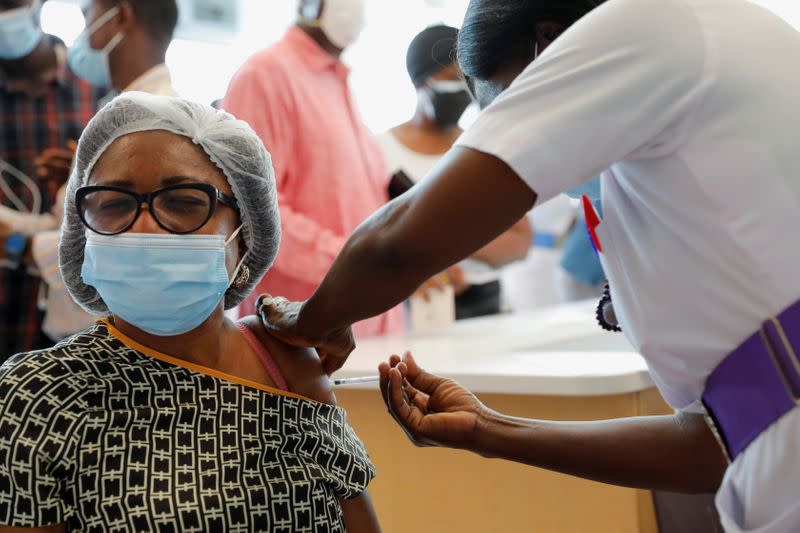 ACCRA (Reuters) – Ghana received 350,000 doses of the AstraZeneca coronavirus vaccine on Friday, which will enable it start offering second doses of the shot after it nearly ran out, the health ministry said.

The West African country was the first to receive vaccines from the World Health Organisation-backed COVAX global vaccine sharing scheme in February and kicked off its vaccination campaign in early March.

Unlike other countries where vaccine hesitancy and funding problems slowed delivery, Ghana has administered more than 900,000 doses, according to the health ministry, including the 600,000 doses it received from the COVAX scheme, and others obtained through bilateral deals.

The 350,000 doses it received on Friday were part of a batch of 1.7 million doses the COVAX scheme delivered to the Democratic Republic of Congo on March 2.

Congo has been forced to redistribute 1.3 million doses of those vaccines to other countries because it will not be able to administer them before they expire at the end of June.