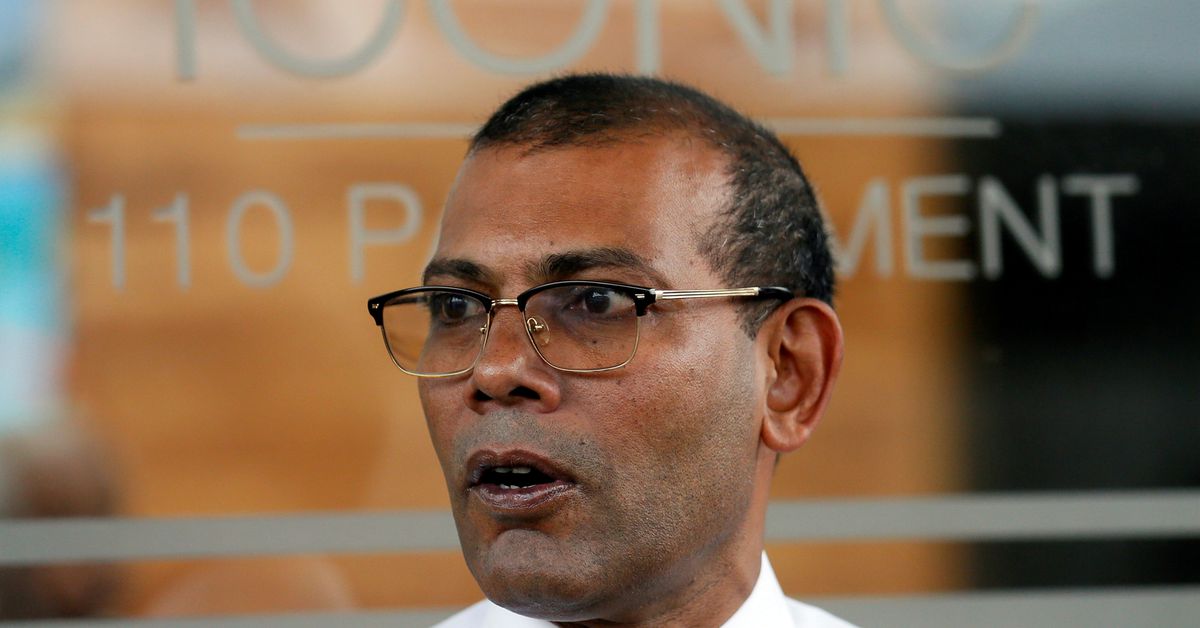 Maldives former President Mohamed Nasheed leaves a private apartment in Sri Lanka to return in his country, after living in exile between London and Colombo for over two and a half years, Colombo, Sri Lanka November 1, 2018. REUTERS/Dinuka Liyanawatte/File Photo

Former Maldives president Mohamed Nasheed is conscious after life-saving surgery, his family said on Saturday, as police made two arrests in connection with a blast they said was being treated as a terror attack.

Nasheed, the president of the ruling Maldivian Democratic Party and the current parliament speaker, was critically injured after a bomb exploded as he left his family home in the capital Male on Thursday.

Police on Saturday said they had made two arrests in connection with the blast, without giving further details.

“I’m good,” Nasheed said after coming off life support, according to a tweet by his sister Nashida Sattar.

“He is out of life support and breathing on his own,” he said in a tweet. “Managed to exchange a few words. Promised to come back stronger. I believe him.”

Nasheed, the Maldives’ first democratically-elected president, is an outspoken critic of Islamic extremism in the Sunni Muslim island archipelago, and has been instrumental in investigating graft allegations against opposition leaders.

The country has a reputation for political unrest.

Nasheed was deposed and exiled in what he called a coup in 2012, while in 2015, former President Abdulla Yameen escaped unharmed after an explosion on his speedboat.

In 2007, a blast that was blamed on Islamist militants targeted foreign tourists and injured 12 people.