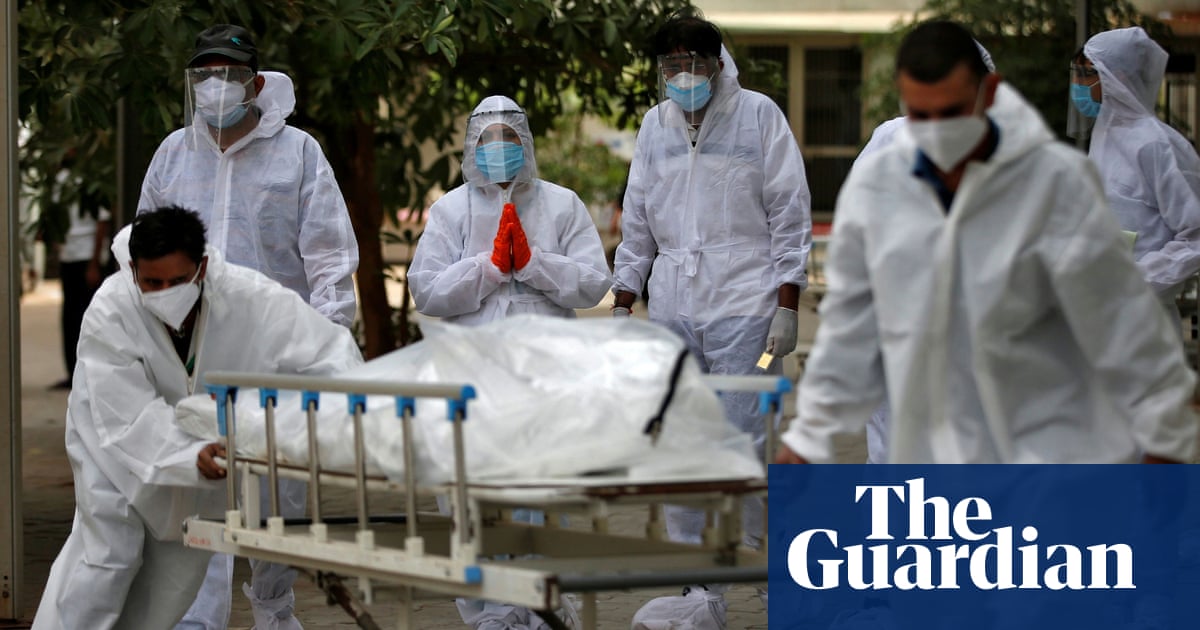 Covid-19 deaths surged past 4,000 for the first time in India on Saturday in one of the world’s worst outbreaks.

India reported a national record of 4,187 new deaths on Saturday.

New Delhi has struggled to contain the outbreak, which has overwhelmed its healthcare system and sparked public anger over mismanagement.

“The government says that there is ample supply of medicines and oxygen,” said Brijesh Pandey, who spends hours every day jostling with others to try to secure oxygen for his brother-in-law.

“But look how hundreds of desperate people are struggling to save their brothers, sisters and parents.”

India reported more than 400,000 new infections on Saturday, but many experts suspect the official death and case numbers are a gross underestimate.

The surge has spilled into next-door Bangladesh, Nepal and Sri Lanka.

Its eastern neighbour Pakistan began a nine-day shutdown targeting travel and tourist hotspots to try to stop its outbreak from snowballing during the upcoming Eid celebrations at the end of the Islamic holy month of Ramadan.

The Eid holidays usually involve a mass movement of people across the nation of 220 million, and the government has mobilised the military to help enforce the restrictions.

But mosques, which have been packed each night throughout Ramadan, will remain open despite the virus threat.

Pope Francis on Saturday expressed his backing for “universal access to the vaccine and the temporary suspension of intellectual property rights”, condemning the “virus of individualism” that “makes us indifferent to the suffering of others”.

“A variant of this virus is closed nationalism, which prevents, for example, an internationalism of vaccines,” he said.

“Another variant is when we put the laws of the market or intellectual property above the laws of love and the health of humanity.”

The global arsenal against coronavirus expanded as the vaccine from China’s Sinopharm became the first fully non-western shot to get the green light from the World Health Organization.

The WHO has already given emergency use authorisation to vaccines from Pfizer-BioNTech, Moderna, Johnson & Johnson, and AstraZeneca, a status that paves the way for countries to quickly approve and import shots.

Sinopharm is already in use in 42 territories around the world, including Pakistan, Egypt, the United Arab Emirates and Serbia.

The European Union meanwhile said it had sealed a deal with BioNTech/Pfizer for up to 1.8 billion extra doses of its Covid-19 vaccine.

“Other contracts and other vaccine technologies will follow,” the EU chief, Ursula von der Leyen, said.

The United States this week backed a push led by the WHO, India and South Africa to waive Covid-19 vaccine patent protections to boost supply to poorer nations.