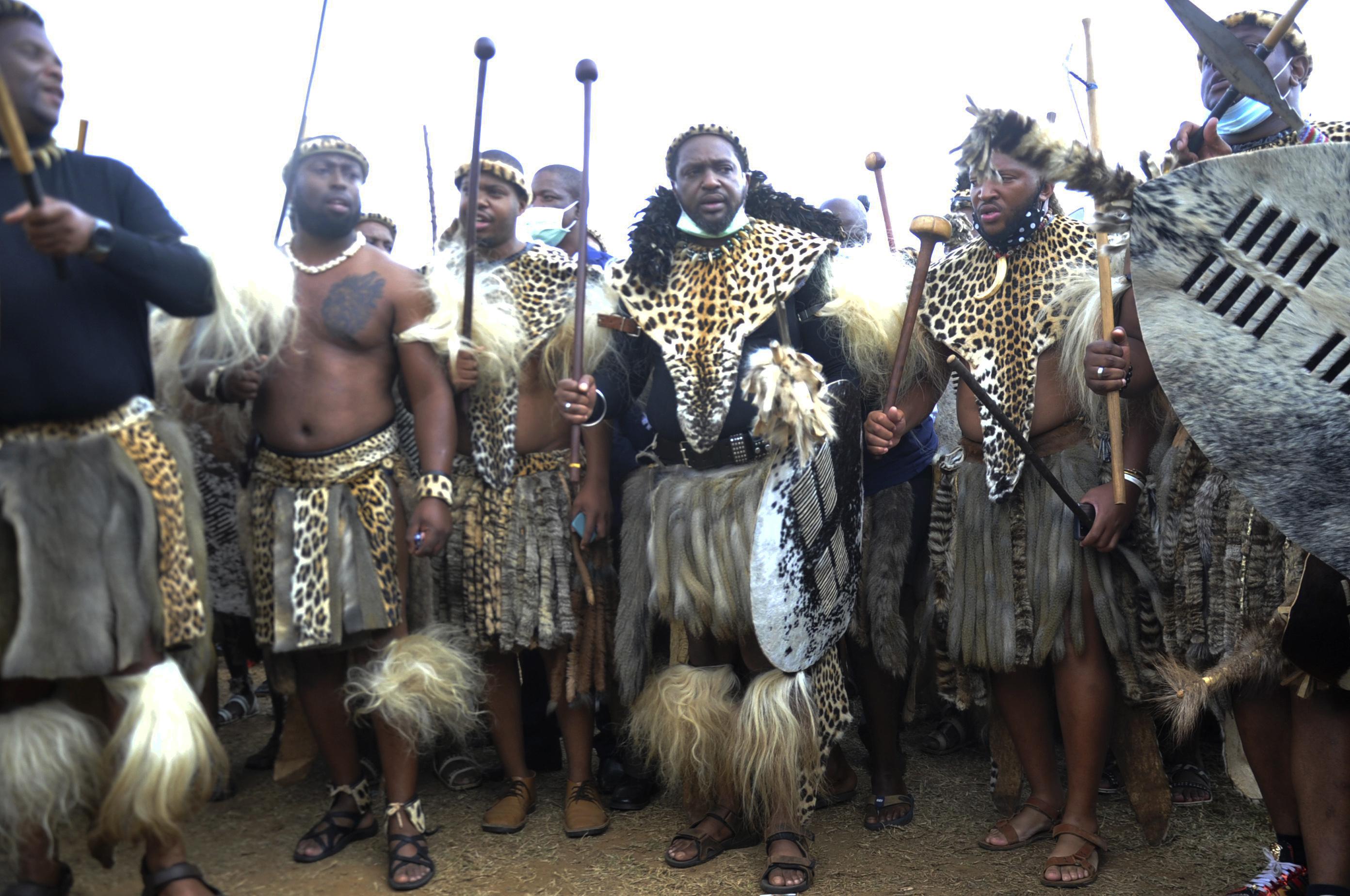 CAPE TOWN, South Africa (AP) — A new Zulu king in South Africa was named amid scenes of chaos Friday night as other members of the royal family questioned Prince Misuzulu Zulu’s claim to the title and bodyguards suddenly whisked him away from the public announcement at a palace.

The controversy over the next king, a largely ceremonial role but one with great significance for South Africa and its 12 million Zulu people, has arisen after the death in March of King Goodwill Zwelithini, who had reigned since 1968.

Zwelithini apparently named one of his six wives, Queen Mantfombi Shiyiwe Dlamini Zulu, as the “regent of the Zulu kingdom” in his will, but her death just over a week ago after holding the title for only a month has thrown the royal succession into turmoil.

The commotion broke out at the reading of Queen Mantfombi’s will and hours after a memorial service for her. Her will named 46-year-old Prince Misuzulu, her eldest son with King Zwelithini, as the next king.

But another prince objected and interrupted the announcement at the KwaKhangelamankengane Royal Palace in South Africa’s KwaZulu-Natal province, while two princesses have already questioned whether the late king’s will gave Queen Mantfombi the right to nominate a successor on her death.

King Zwelithini reportedly had 28 children with his different wives, and Queen Mantfombi was not his first wife. The dispute over succession has been rumbling for a month since the former king’s death, fascinating many South Africans with their very own royal scandal.

Earlier on Friday, Prince Misuzulu, who wore a traditional leopardskin headband reserved for royalty, called for unity among the Zulu royals at his mother’s memorial service.

“We have no doubt we will unite as a family,” he said in his tribute to the queen, which was read out by his younger sister, Princess Ntandoyesizwe Zulu. “Let us emulate the king by being peaceful.”

The Zulu king has no political or even constitutional position but his traditional authority is recognized in KwaZulu-Natal, where he is said to “reign but not rule.” More than that, he holds an important role in bridging the gap between South Africa’s traditional customs and its modern democracy, with Zulus the largest ethnic group among South Africa’s 60 million people.

King Zwelithini, who had diabetes, reportedly died from a COVID-19 related illness at the age of 72.