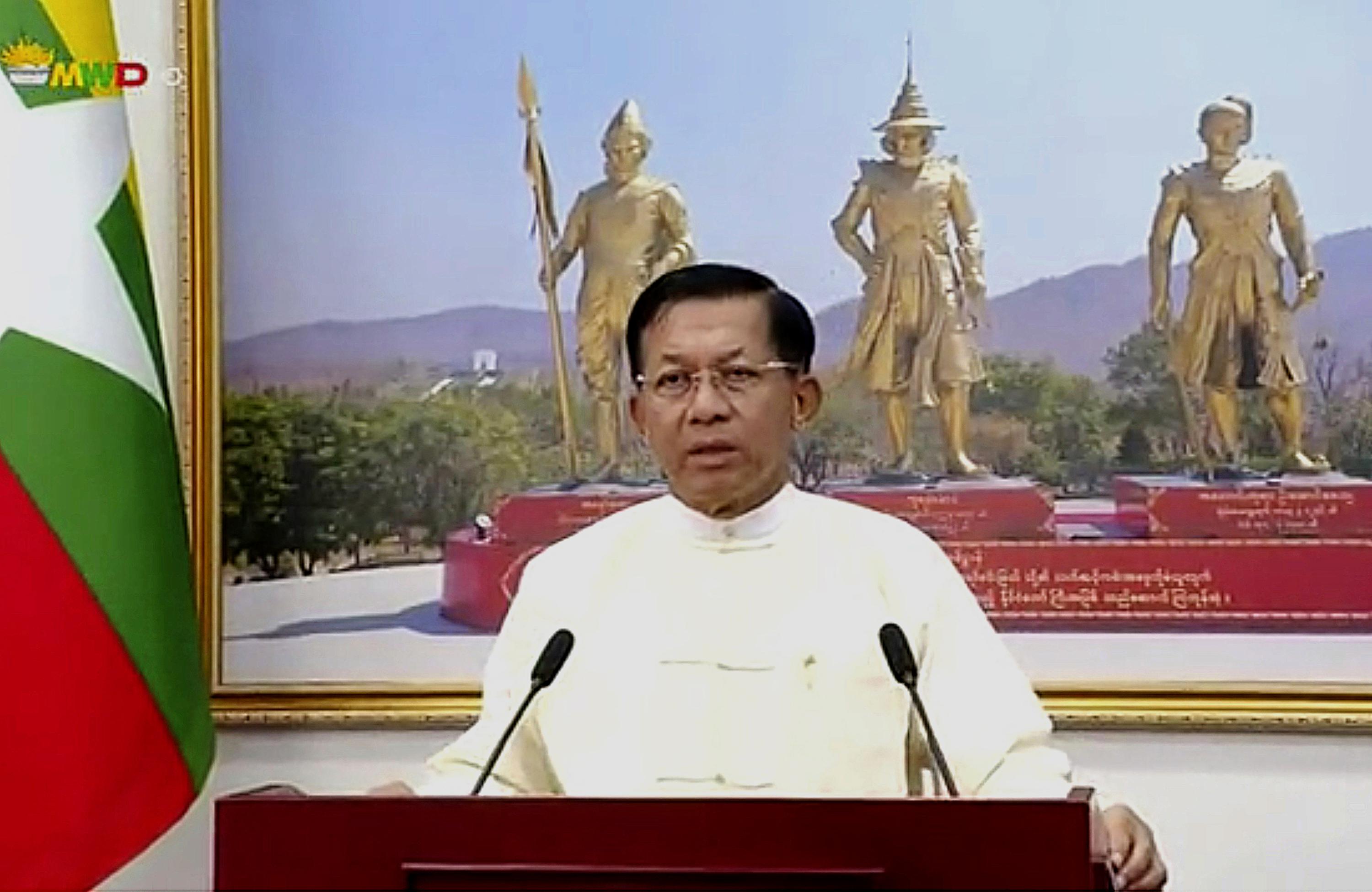 BANGKOK (AP) — After Myanmar’s military seized power by ousting the elected government of Aung San Suu Kyi, it couldn’t even make the trains run on time. State railway workers were among the earliest organized opponents of the February takeover, and they went on strike.

Health workers who founded the civil disobedience movement against military rule stopped staffing government medical facilities. Many civil servants were no-shows at work, along with employees of government and private banks. Universities became hotbeds of resistance, and in recent weeks, primary and secondary education has begun to collapse as teachers, students and parents boycott state schools.

One hundred days after their takeover, Myanmar’s ruling generals maintain just the pretense of control. The illusion is sustained mainly by its partially successful efforts to shut down independent media and to keep the streets clear of large demonstrations by employing lethal force. More than 750 protesters and bystanders have been killed by security forces, according to detailed independent tallies.

“The junta might like people to think that things are going back to normal because they are not killing as many people as they were before and there weren’t as many people on the streets as before, but … the feeling we are getting from talking to people on the ground is that definitely the resistance has not yet subsided,” said Thin Lei Win, a journalist now based in Rome who helped found the Myanmar Now online news service in 2015.

She says the main change is that dissent is no longer as visible as in the early days of the protests — before security forces began using live ammunition — when marches and rallies in major cities and towns could easily draw tens of thousands of people.

At the same time, said David Mathieson, an independent analyst who has been working on Myanmar issues for over 20 years, “Because of the very violent pacification of those protests, a lot of people are willing to become more violent.”

“We are already starting to see signs of that. And with the right training, the right leadership and the right resources, what Myanmar could experience is an incredibly nasty destructive, internal armed conflict in multiple locations in urban areas.”

The junta also faces a growing military challenge in the always restive border regions where ethnic minority groups exercise political power and maintain guerrilla armies. Two of the more battle-hardened groups, the Kachin in the north and the Karen in the east, have declared their support for the protest movement and stepped up their fighting, despite the government military, known as the Tatmadaw, hitting back with greater firepower, including airstrikes.

Even a month ago, U.N. High Commissioner for Human Rights Michelle Bachelet was describing the situation as grim, saying Myanmar’s “economy, education and health infrastructure have been brought to the brink of collapse, leaving millions of Myanmar people without livelihood, basic services and, increasingly, food security.”

It was not surprising that The Economist magazine, in an April cover story, labeled Myanmar “Asia’s next failed state” and opined it was heading in the direction of Afghanistan.

The U.N.’s Bachelet made a different comparison.

“There are clear echoes of Syria in 2011,” she said. “There too, we saw peaceful protests met with unnecessary and clearly disproportionate force. The State’s brutal, persistent repression of its own people led to some individuals taking up arms, followed by a downward and rapidly expanding spiral of violence all across the country.”

Bill Richardson, a former U.S. ambassador to the United Nations with long experience working with Myanmar, said, “The most immediate step is for the government and the opposition to start a dialogue to end the violence and bloodshed. There has to be a negotiation on humanitarian access to keep the economy and … health care system from collapsing.”

Junta chief Senior Gen. Min Aung Hlaing has so far shunned all suggestions of talks from the United Nations as well as the Association of Southeast Asian Nations, of which Myanmar is a member. He attended a specially called ASEAN summit meeting in Indonesia in April.

The 10-member group issued a statement calling for an immediate cessation of violence and a dialogue mediated by an ASEAN special envoy.

Within days of Min Aung Hlaing’s return, his junta brushed aside the initiative, saying Myanmar would “give careful consideration to constructive suggestions made by ASEAN Leaders when the situation returns to stability in the country since priorities at the moment were to maintain law and order and to restore community peace and tranquility.”

Within days of the junta takeover, elected parliamentarians who were denied their seats convened their own self-styled Parliament. Its members have formed a shadow National Unity Government with guidelines for an interim constitution, and last week, a People’s Defense Force as a precursor to a Federal Union Army. Many cities, towns and even neighborhoods had already formed local defense groups which in theory will now become part of the People’s Defense Force.

Aside from being morale boosters, these actions serve a strategic purpose by endorsing a federal style of government, which has been sought for decades by the country’s ethnic minorities to give them autonomous powers in the border areas where they predominate.

Promoting federalism, in which the center shares power with the regions, aligns the interests of the anti-military pro-democracy movement with the goals of the ethnic minorities. In theory, this could add a real military component to a movement whose armaments are generally no deadlier than Molotov cocktails and air rifles — though homemade bombs have been added to its arsenals in recent weeks.

In practice, at least for the time being, the guerrilla armies of the Kachin in the north and the Karen in the east will fight as they always have, to protect their own territory. They can give military training to the thousands of activists that are claimed to have fled the cities to their zones, but are still overmatched by the government’s forces. But on their home ground they hold an advantage against what their populations consider an occupying army. That may be enough.

It’s hard to gauge if the army has a breaking point.

Mathieson said he’s seen no signs the junta was willing to negotiate or concede anything. The Tatmadaw is “remarkably resilient. And they recognize that this is an almost existential threat to their survival.”