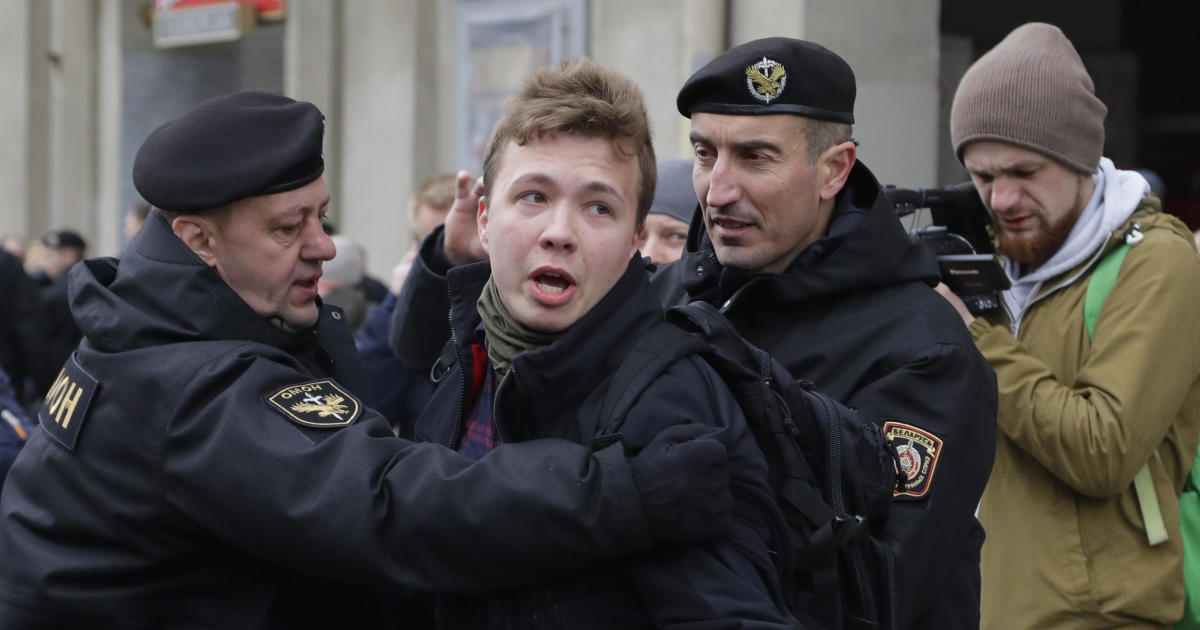 Belarus used one of its fighter jets to intercept an Irish passenger plane and force it to land. On the ground in the capital, Minsk, state security officials arrested one of the passengers — an opposition activist.

European leaders have called it a hijacking — and state terrorism.

U.S. Secretary of State Antony Blinken said in a statement on Sunday that the U.S. “strongly condemns the forced diversion of a flight between two EU member states and the subsequent removal and arrest” of Roman Protasevic. Blinken said the U.S. “demands his immediate release.”

“This shocking act perpetrated by the Lukashenka regime endangered the lives of more than 120 passengers, including U.S. citizens,” Blinken’s statement said. “Initial reports suggesting the involvement of the Belarusian security services and the use of Belarusian military aircraft to escort the plane are deeply concerning and require full investigation.”

The plane stood on the tarmac after security officials searched it and they detained Protasevic, a journalist active in the movement opposed to Belorussia’s strongman President Alexander Lukashenko.

Protasevic, along with about 100 other passengers, had boarded the plane in Athens, bound for Lithuania.

But as the aircraft flew through Belorussian airspace, it made a sudden detour to Minsk.

Air Force General Andrei Gurtsevich said authorities told the pilot to divert because of a security threat and even scrambled an escort fighter plane to “protect” it.

But no threat was found, and the Ryanair plane was allowed to leave — minus Roman Protasevich.

A fellow passenger described how scared he was before his arrest.

Huge protests in 2020 against Lukashenko provoked a violent crackdown by police that has already earned Belorussia’s president massive criticism and international sanctions.

Now, says Lithuania’s foreign minister, Belorussia is even more of a pariah.

“I believe that Belarussian airspace is completely unsafe for any commercial flight,” he said.