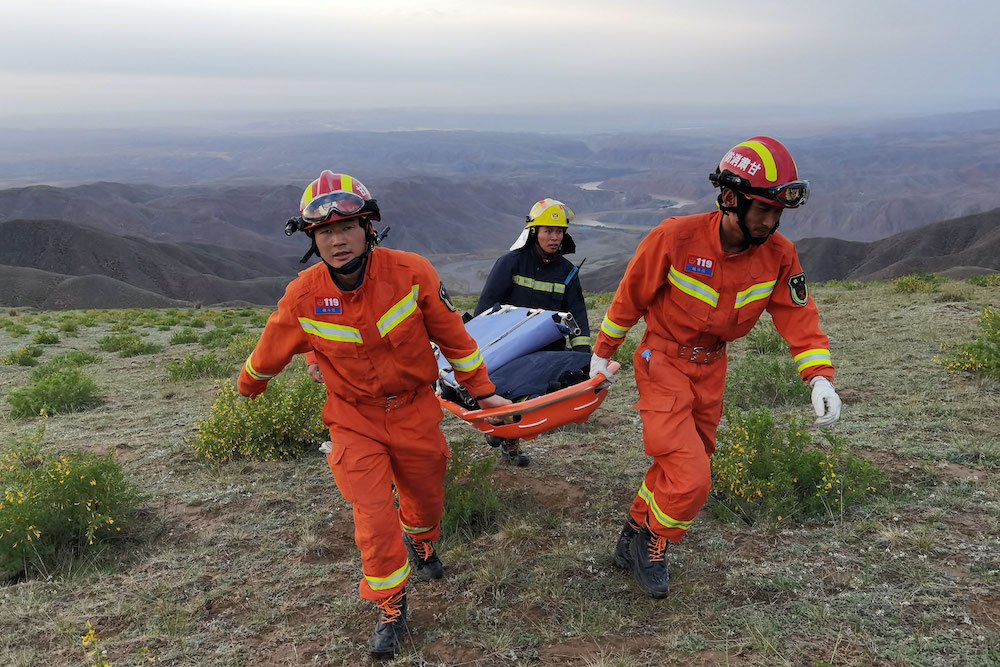 Liang Jing, one of China’s well-known ultra-marathon runners, was among those who died, a Hong Kong marathon group called Hong Kong 100 Ultra Marathon confirmed via a statement released on Sunday.

The marathon group said Liang had been a “favorite” member of the Hong Kong trail-racing community. He regularly participated in the annual Hong Kong 100-kilometer trail race, and was the runner-up in the last two years, it added.

It also described him as “one of the best ultra-endurance athletes in the world” and expressed condolences to his family.

As temperatures dropped in the Yellow River Stone Forest, runners started suffering from hypothermia, while others went missing.

The marathon organizers called off the race and launched a search party of 1,200 people to scour the complicated terrain. The search operation continued after dark.

Most competitors were wearing thin shorts and T-shirts.

Janet Ng, a race director of the Hong Kong 100 Ultra Marathon, told CNN on Sunday that she was not in a position to comment on the importance or safety of the Gansu marathon, but noted that the trail-running community is mourning with great sadness.

One participant told local publication Red Star News: “At one point, I couldn’t feel my fingers (because it was so cold). At the same time my tongue felt frozen, too.”

He said he decided to abandon the race. “I retreated back to halfway down the mountain, and entered a wooden cabin at the direction of a rescuer. There were already about 10 more runners who came down earlier and we waited for rescue in the cabin for about an hour. Eventually about 50 runners came and took shelter in the cabin.”

By Sunday morning, 151 of the 172 race participants had been confirmed safe, with eight in hospital. Another 21 were found dead, according to the state-run People’s Daily.

The race’s distance of 100 kilometers was more than double that of a standard marathon.