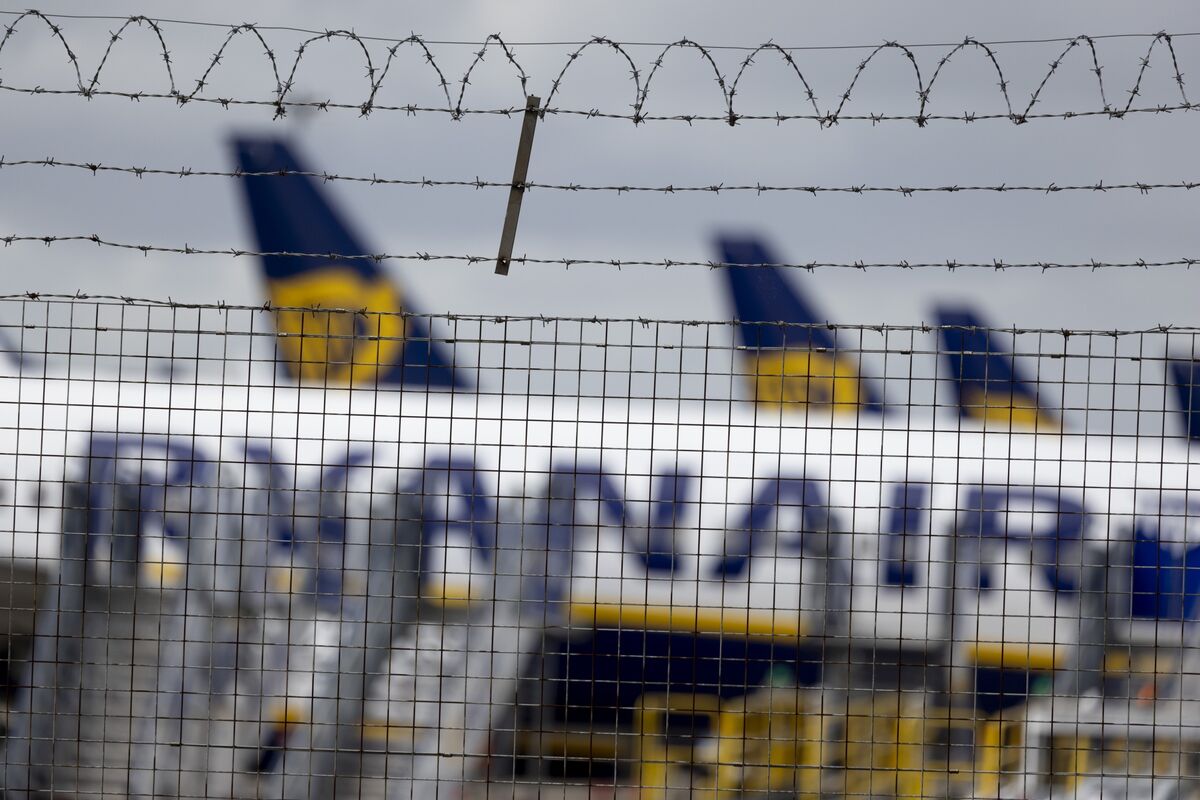 Journalist Raman Pratasevich was asked just one question when a Belarusian official singled him out from a crowd of passengers huddled on a bus after a fighter jet forced their flight to make an emergency landing in Minsk.

“One officer asked, pointing a finger at him: do you speak Russian?” recalled Saulius Danauskas, who was on the
Ryanair plane from Athens to Vilnius that was intercepted 10 minutes before its expected arrival in Lithuania. “They made a big show. But it was clear that this operation was after this one man.”

The grandfather, returning from a holiday in Greece with his wife and his daughter’s family, was one of the 171 passengers and crew members that experienced a two-hour journey unfold into a prolonged nightmare as the Boeing 737-800 landed in Minsk. Once on the ground they were subjected to a security check that included sniffer dogs checking everyone, including babies.

For Danauskas it was clear the emergency was all staged and there was no bomb threat, which is what the flight attendants told panicked passengers. Most people on the plane were Lithuanians like him who also speak Russian given their past under Soviet rule.

The real target was Pratasevich, the 26-year-old critic of Belarus President Alexander Lukashenko who had covered
protests last year against the strongman’s brutal suppression. He was living in Vilnius since November, when he was listed as a wanted terrorist in Belarus, and Lithuania allowed him to stay in the country.

By the time Belarus security officials singled out Pratasevich on Sunday, he appeared calm resigned to his fate.

He was swiftly dragged away, and never made it to his final destination. Pratasevich’s girlfriend was searched and allowed back on the plane, but stayed in Minsk. At least four other people also didn’t get back on board, according to Lithuanian government officials.

“When the pilot announced we were landing in Minsk, he became very agitated, he tried to pull his computer and said this is all happening over him,” said Monika Simkiene, 40, who was traveling with three kids. “He just turned around to other passengers talking to him and said that he’s facing a death penalty.”

The extraordinary steps taken to detain him amounted to the hijacking of a commercial flight and a violation of air travel protocol. It caught the West unawares and rushing to find an adequate response beyond words of condemnation. Whether any of it was done with the knowledge or approval of Russian President Vladimir Putin are among the many unanswered questions.

Belarus officials said they forced the plane to land due to a suspected bomb threat, adding later that it turned out to be fake. Despite the danger, however, passengers interviewed by Bloomberg said there was no urgency among the 50 to 60 officers present at the airport to carry out checks.

“It all happened in old-fashioned Soviet manner,” said Danauskas. “Pandemic or no pandemic, Covid or no Covid — no one cared. It was very unpleasant.”

The search went on for two and a half hours, a time when they were offered no water, or allowed to take bathroom breaks or make phone calls. Simkiene, whose youngest was in a stroller, observed sadly that those hardships “are nothing in comparison to what awaits” the arrested reporter.

The drama was an eye opener for Arthur Six, 25, a French citizen who works at a Euronext exchange and who was among the nine French travelers on the plane. “I didn’t know about the situation in the country after break of the Soviet Union,” he said. “Now I learned that this is a dictatorship.”

Sorgente articolo:
How Belarus Snatched a Dissident Off a Ryanair Plane From Greece – Bloomberg