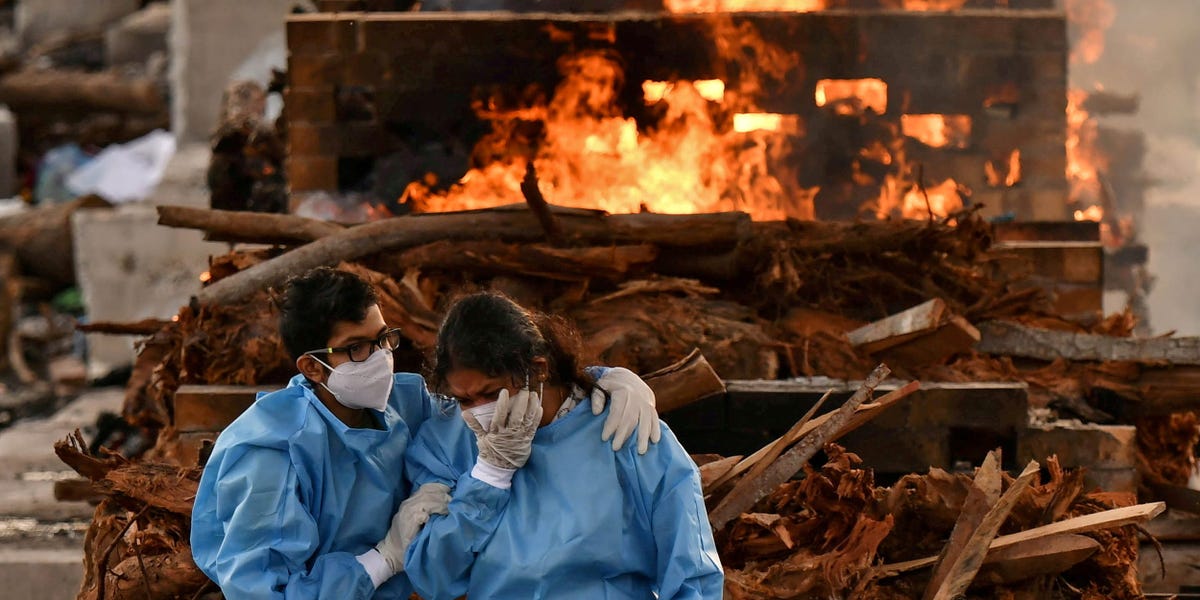 Members of India’s government asked social-media companies to remove mentions of the “Indian variant” from their networks, according to multiple reports.

A letter, which was not made public, was reportedly sent by the Ministry of Electronics and Information Technology to social media companies on Friday, telling them the phrase “Indian variant” was “completely FALSE.”

AFP reported that the letter asked companies to “remove all the content” related to the informal name.

According to Reuters, the letter said: “There is no such variant of Covid-19 scientifically cited as such by the World Health Organisation (WHO). WHO has not associated the term ‘Indian Variant’ with the B.1.617 variant of the coronavirus in any of its reports.”

Officials in India for months have pushed for social-media companies to remove some content related to COVID-19.

Data about the spread of the virus posted on social media has been “creating panic” among the public, the country’s tech leadership said in a recent letter.

The government on Friday published a pair of open letters addressed to “all social media platforms” and signed by Rakesh Maheshwari, group coordinator for Cyber Laws and E-Security.

It was unclear which tech companies received the letters, although Twitter, Facebook, and others have large user bases in India.

In one of the letters, dated May 7, Maheshwari wrote: “While corona has created a hue and cry across the country today, it has been reported in media that there is a trend of circulation of misinformation, false/ misleading news and sharing anonymous data related to Corona virus in various social media platforms creating panic among public.”

The government also asked for the companies to issue warnings to “imposters,” who they said have posted false or misleading data.

In February, Indian officials announced new regulations for Twitter, Facebook, and other big social-media networks. They’d have to be “more responsible and accountable,” an official told Reuters at the time.

Earlier in February, Twitter suspended about 500 local accounts after Ministry officials sent several orders asking for users to be blocked.