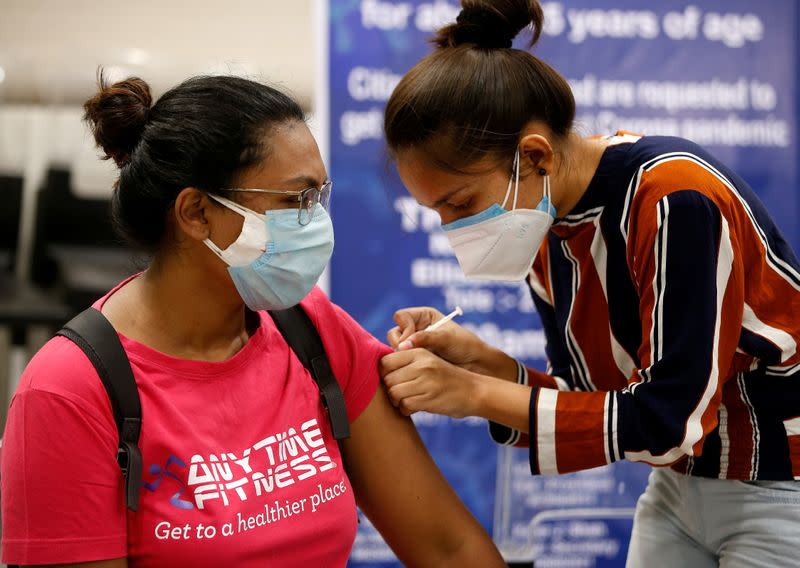 NEW DELHI (Reuters) – India is trying to save scarce COVID-19 vaccines by delaying shots for those who have recovered from the disease, the head of a government panel said, adding the campaign should not have been opened to all adults before covering the most vulnerable.

Under fire for his handling of the world’s worst rise in coronavirus infections, Prime Minister Narendra Modi made all adults eligible for vaccination from May 1.

Vaccine shortages have now forced many regions, including the capital New Delhi, to again prioritise those aged above 45.

The federal government on Wednesday https://pib.gov.in/PressReleseDetailm.aspx?PRID=1719925 said patients should go for their vaccination three months after recovery, compared with the earlier recommendation of about one month. It did not give a reason.

“It’s been done to save vaccine doses,” Narendra Kumar Arora, head of the government’s National Technical Advisory Group on Immunisation, told Reuters on Friday. “We discussed delaying it by three months, six months or nine months, but finally we said ‘we can manage it with three months, let’s do three months for now'”.

Arora said that given the vaccine shortage in India, the focus should have been on immunising the most at risk.

“Our group prioritised those aged 45 or more,” he said. “Because 75% of the mortality and morbidity is in that age group.”

The Ministry of Health and Family Welfare said https://pib.gov.in/PressReleseDetailm.aspx?PRID=1712710 on April 19 that the decision to include all adults in the immunisation campaign was taken in a meeting chaired by Modi.

The ministry and Modi’s office did not respond to a request for comment.

India has administered about 192 million doses, the most after China and the United States, but given the necessary two-doses to only about 3% of its 1.35 billion people.