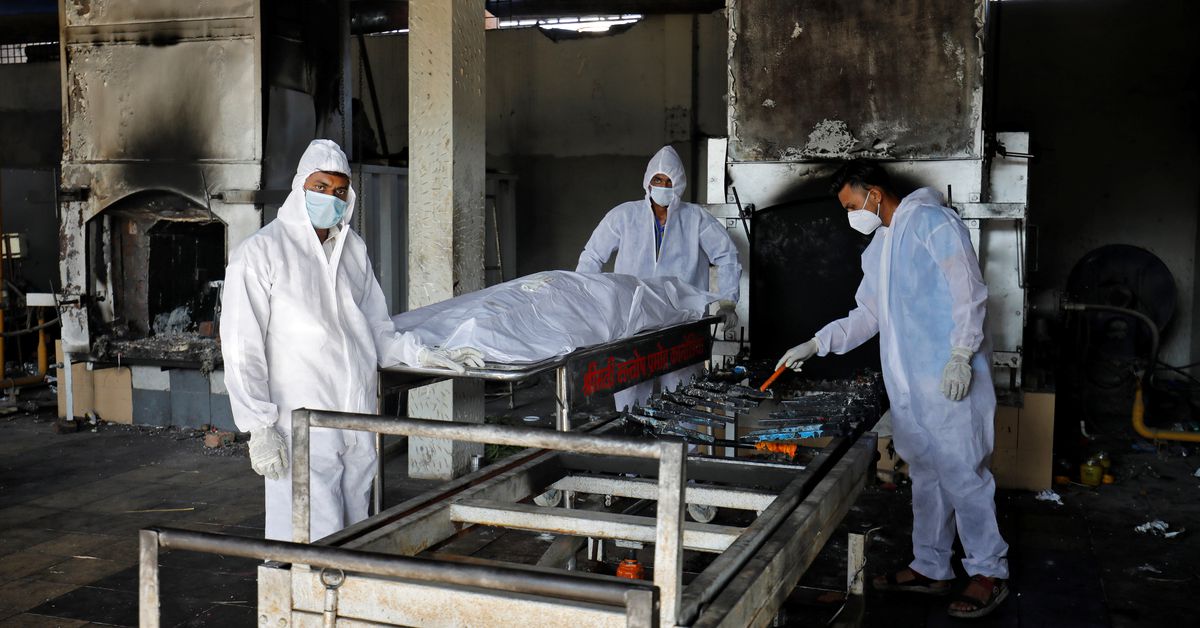 Indian government leaders appealed to farmers to call off a mass protest this week for fear it could prove a viral “super-spreader” event as the country’s overall death toll from COVID-19 crossed 300,000 on Monday.

Over a third have died over the past three weeks during a devastating second wave fuelled by a new virus variant detected in India, mass political and religious gatherings, and lowering of the guard by the public, health officials and experts say.

Now farmers have stirred fresh alarm by saying they will hold mass protests across the country on Wednesday to mark six months of their campaign against deregulation of agriculture markets.

Farmers are camped out on Delhi’s outskirts despite a great risk of infection to themselves, the joint committee of farmers organisations said in a letter to Prime Minister Narendra Modi, urging him to repeal laws to liberalise the farm sector.

“We have no desire to expose the protesting farmers or anyone else to avoidable health hazards,” the letter said.

But challenging laws that would make farmer livelihoods vulnerable to corporate agri-businesses is itself a life and death matter, it said.

Volunteers from the Khan Trust prepare to cremate the body of a person who died from the coronavirus disease (COVID-19), at the Kurukshetra Crematorium in Surat, India, May 11, 2021. Picture taken May 11, 2021. REUTERS/Amit Dave

Twelve opposition parties including Congress issued a statement saying they stood by the farmers, who are an influential voting bloc in India’s vast countryside.

The fear is that a mass rally on the edges of the capital Delhi could become a “super-spreader” incident like the Great Pitcher festival on the banks of the river Ganges last month when thousands took a holy dip, or the crowded political rallies that were held in states holding local elections.

“Please don’t act irresponsibly, this kind of protest is totally unacceptable when the lives of people are at stake,” Amarinder Singh, chief minister of Punjab state where the farmer demonstrations originated, said in a statement.

India’s daily tally of new coronavirus infections rose by 222,315, government data showed on Monday – still the world’s highest 24-hour increase at this time, although it has fallen off highs of over 400,000 earlier this month.

Health experts say the actual number of fatalities could be several times higher as many are not being reported as COVID-19 deaths. Scores of bodies have washed up in the Ganges or have been found in shallow graves by the riverbank.