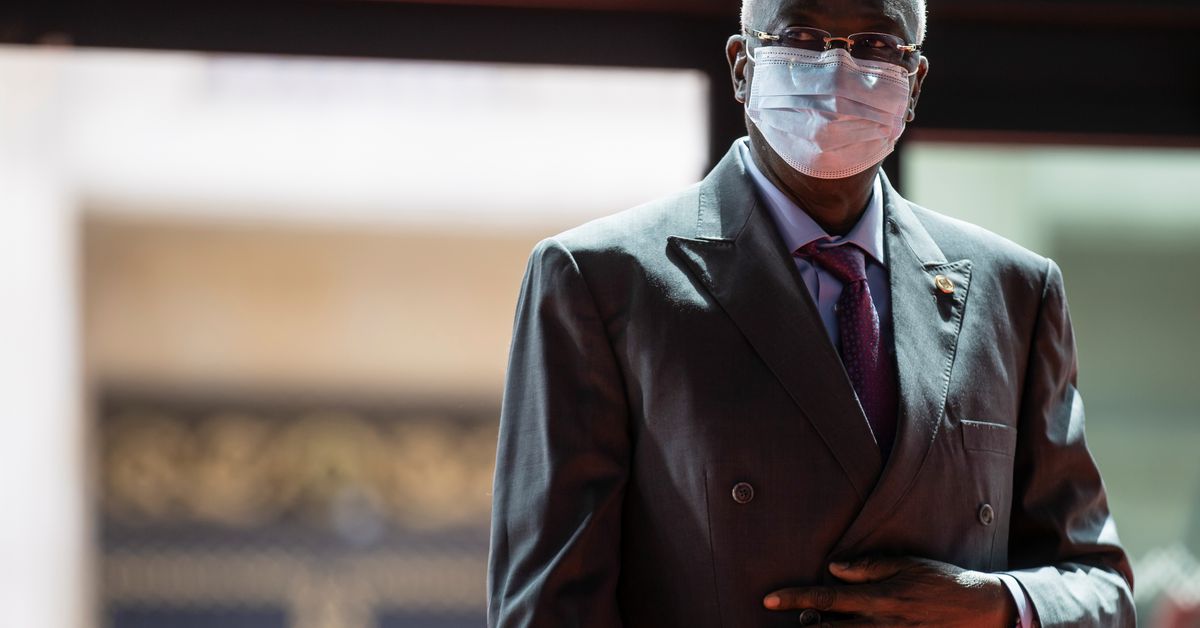 Mali’s transitional President Bah Ndaw arrives at the Grand Palais Ephemere for the Financing of African Economies Summit, at the Champs de Mars in Paris, France May 18, 2021. Ian Langsdon/Pool via REUTERS

Military officers in Mali arrested the president, prime minister and defence minister of the country’s interim government on Monday after a cabinet reshuffle, multiple diplomatic and government sources told Reuters.

President Bah Ndaw, Prime Minister Moctar Ouane and defence minister Souleymane Doucoure were all taken to a military base in Kati outside the capital Bamako, the sources said.

Ndaw and Ouane had been tasked with overseeing an 18-month transition back to civilian rule after the takeover, but many inside government and the opposition worried about the military’s hold over key positions.

The arrests occurred after the announcement of a change in government in which two members of a military junta that seized power in August were replaced.