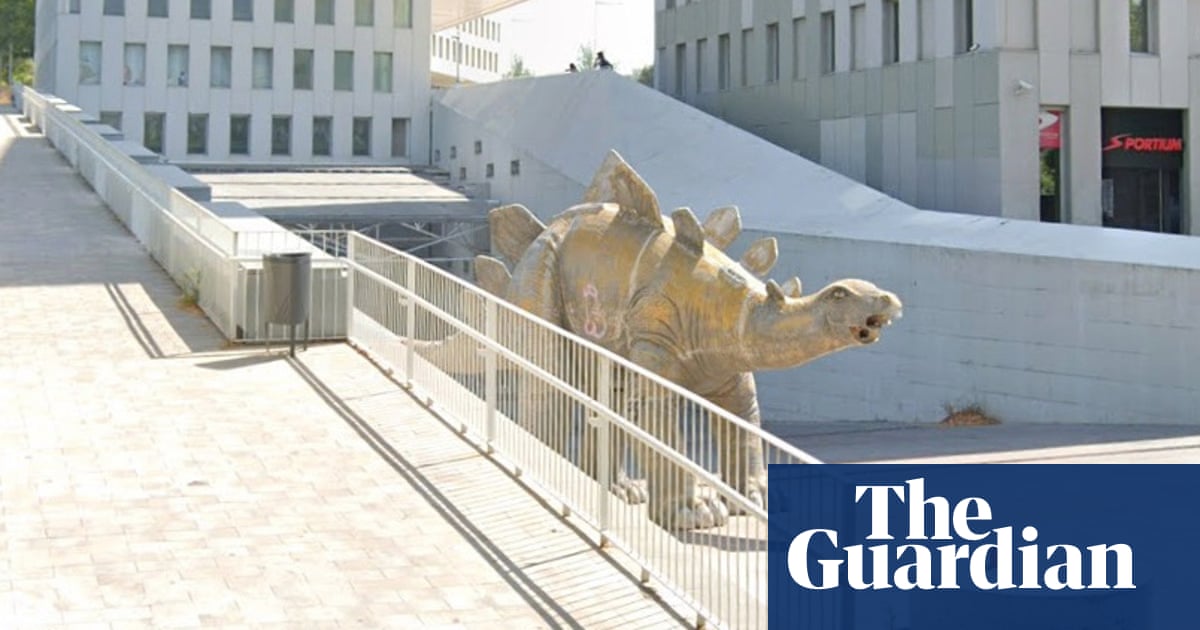 Police in Catalonia are investigating the death of a man who is thought to have become trapped inside a large dinosaur statue while trying to retrieve his mobile phone.

Officers were called to the statue in Santa Coloma de Gramenet, a satellite town of Barcelona, after a man and his son noticed something inside the papier-mache stegosaurus on Saturday afternoon.

A spokeswoman for the regional police force, the Mossos d’Esquadra, said the death of the 39-year-old man was not being treated as suspicious.

“A father and son noticed that there was something inside and raised the alarm,” she said.

“We found the body of a man inside the leg of this dinosaur statue. It’s an accidental death; there was no violence. This person got inside the statue’s leg and got trapped. It looks as though he was trying to retrieve a mobile phone, which he’d dropped. It looks like he entered the statue head first and couldn’t get out.

The spokeswoman said officers had called in firefighters to help cut into the statue so the body of the man could be removed.

“We’re still waiting for the autopsy results, so we don’t know how long he was in there, but it seems he was there for a couple of days,” she added.

According to local media, the dead man had been reported missing by his family a few hours before his body was discovered.