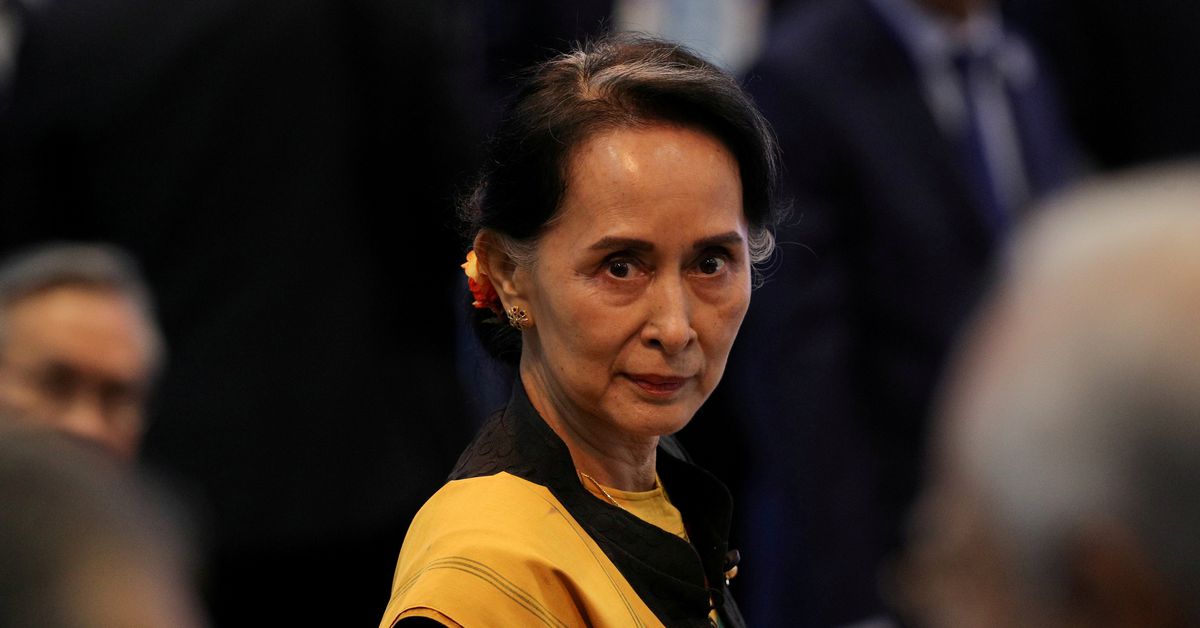 Myanmar’s deposed leader Aung San Suu Kyi appeared in person at a court hearing on Monday for the first time since her government was overthrown by the military in a Feb. 1 coup, her lawyer told Reuters.

Suu Kyi looked in good health and held a face-to-face meeting with her legal team for about 30 minutes before the hearing, lawyer Thae Maung Maung said.

Suu Kyi, 75, who won the Nobel Peace Prize in 1991 for her efforts to build democracy, is among more than 4,000 people detained since the coup. She faces charges that range from illegally possessing walkie-talkie radios to violating a state secrets law.

The ousted leader “wished people good health” in her meeting with her lawyers and also made an apparent reference to her National League for Democracy party that could be dissolved soon.

“She said the party was established for the people so the party will be there as long as the people are,” Thae Maung Maung told Reuters.

The army seized power claiming fraud in an election won by Suu Kyi’s party in November. Its accusations had been dismissed by the former electoral commission.

In his first interview with foreign media since the coup, junta leader Min Aung Hlaing had also said Suu Kyi was in good health as he disputed the number of people killed by security forces in protests since the coup.

Myanmar has been in chaos since the army took power, with daily protests, marches and strikes nationwide against the junta, which has responded with lethal force, killing more than 800 people, according to the Assistance Association for Political Prisoners activist group.

Min Aung Hlaing in the May 20 interview said the actual casualty figure was about 300 and that 47 police had also been killed.