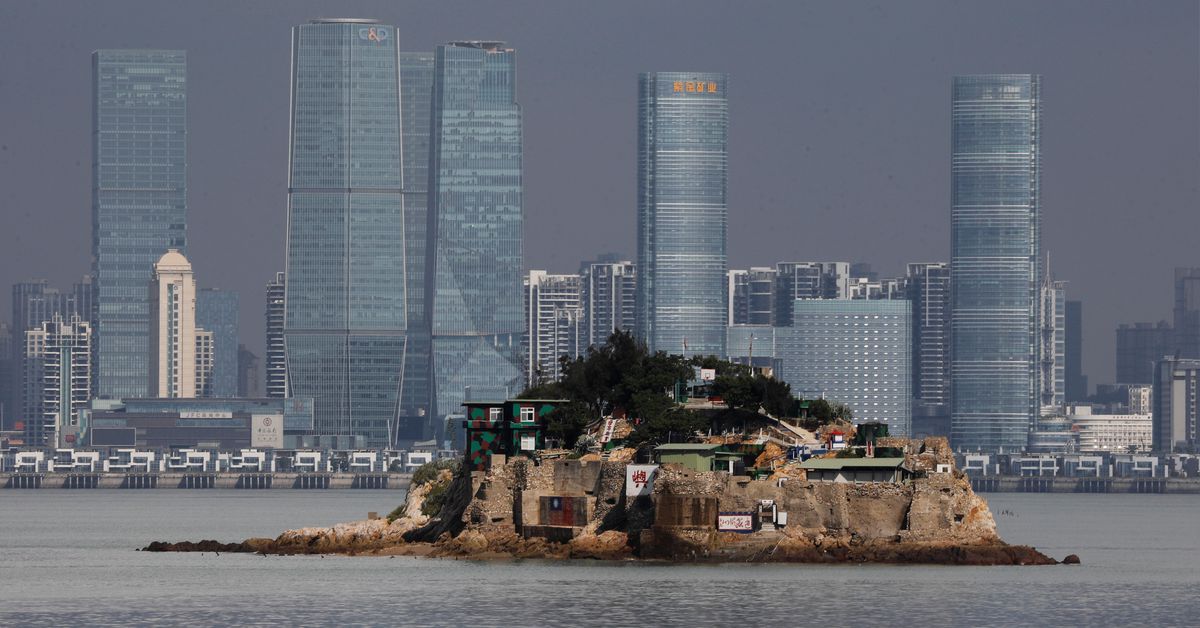 Shiyu, or Lion Islet, which is part of Kinmen county, one of Taiwan’s offshore islands, is seen in front of China’s Xiamen, on Lieyu island, Kinmen county, Taiwan August 20, 2018. REUTERS/Tyrone Siu

Taiwan’s government on Monday nullified a decision by an island that sits close to China to mandate COVID-19 tests for all arrivals, rebuking it for not following the law even as authorities deal with a rise in domestic infections.

Taiwan is dealing with a spike in cases after months of keeping the pandemic well under control, with restrictions in place across the island to limit gatherings, schools closed and people told to work from home as much as possible.

While the government is increasing testing, it has been criticised by opposition parties for delays, especially over the weekend when the health minister announced a “regression calibration” of case numbers that increased its infection toll. read more

On Sunday, the government of Kinmen, which lies opposite the Chinese city of Xiamen and has been held by Taiwan since the end of the Chinese civil war in 1949, said all arrivals would have to show negative COVID-19 tests, or be tested on arrival.

But early on Monday, the Central Epidemic Command Centre, a cross-department body which leads the fight against the disease, revoked that order, saying entry and exit restrictions or forced tests were for the central government to decide.

“If the Kinmen county government still has special needs for local epidemic prevention, it should complete legal procedures in accordance with the law, and formally submit a plan and request the command centre’s instructions to proceed,” it added.

Kinmen is a stronghold of Taiwan’s main opposition party the Kuomintang, or KMT, which ruled China until 1949 when its Republic of China government fled to Taiwan after loosing a civil war with the communists.

Kinmen’s member of parliament, the KMT’s Jessica Chen, said the island had only limited medical capacity and needed special measures for protection.

“The central government should be strongly supporting this,” she said.

Taiwan has asked people to refrain from travel, but has no orders in place to stop people moving around unless they are infected.