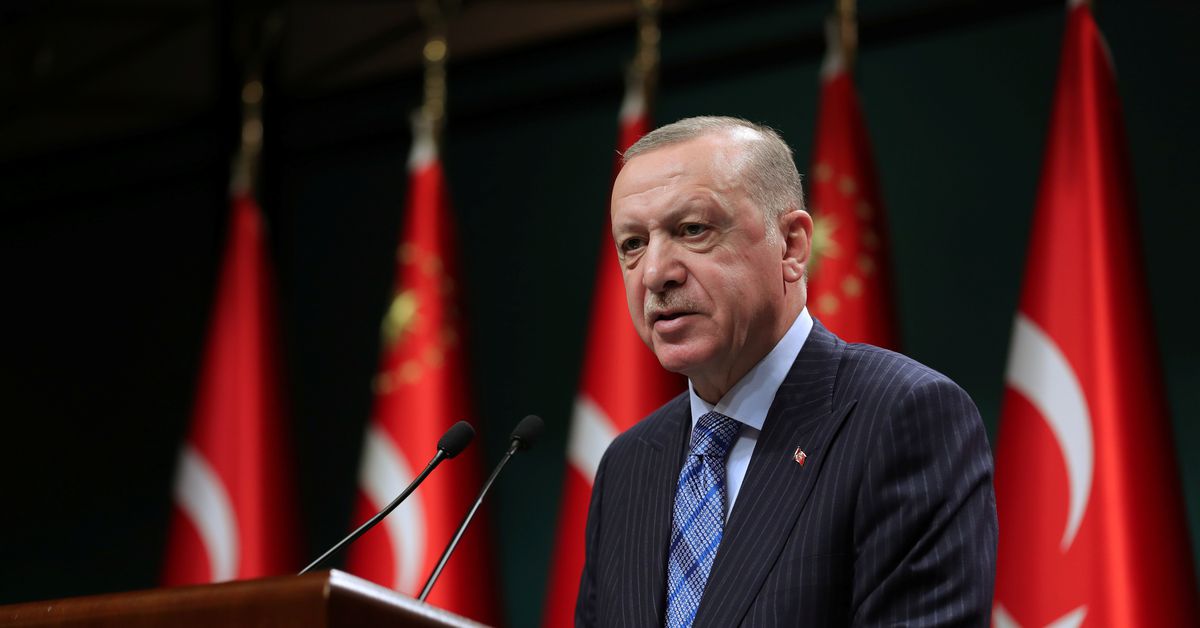 President Tayyip Erdogan will meet executives from some 20 large U.S. companies on Wednesday to discuss investing in Turkey, three sources told Reuters, with one saying it was meant as a prelude to a June meeting with U.S. President Joe Biden.

The sources, with knowledge of the May 26 conference call, said it was organised by the U.S. Chamber of Commerce, the Turkish presidency’s investment office, the Turkish Embassy and the Union of Chambers and Commodity Exchanges of Turkey (TOBB).

An industry source said the call was being organised in anticipation of a planned meeting on June 14 between Biden and Erdogan on the sidelines of a NATO summit in Brussels, their first in-person encounter since the U.S. election last November.

Another source familiar with the call said the U.S. government was not involved in planning the call.

It was unclear which companies would attend.

“It is a way to test the waters with U.S. companies, (a) kind of preliminary work prior to a face-to-face meeting with Biden,” the first source, who was from industry and like others requested anonymity, told Reuters.

Ankara “wants the domestic and international audience to get the message that basically says Turkey is an important partner,” the person added.

A fourth informed source said executives from Microsoft and Netflix would attend the call. Representatives of both companies did not immediately respond to a request for comment.

A U.S. Chamber of Commerce spokeswoman said via email: “This meeting is private and off the record, so we are not able to provide any details.”

The Turkish presidency’s Investment Agency and TOBB declined comment. The presidency, the Turkish Embassy in Washington and the U.S. Chamber did not immediately respond to requests for comment.

Biden has kept his distance from Erdogan since taking office and, in a pivot from predecessor Donald Trump, his administration has criticised Ankara’s human rights record. read more

The leaders have held only one call, on April 23, when the NATO meeting was scheduled and when Biden told Erdogan that the White House would call the Ottoman massacre of Armenians a century ago a genocide, a move that drew Turkish condemnation.

A third source said top executives from the companies, including some chief executives, would be on the call during which Erdogan was expected to give a speech and take questions about investment and business in Turkey.

The call was set for around 1500 GMT on Wednesday, the person said.

U.S.-Turkish trade reached about $21 billion in 2019 and the NATO allies have said they aim to lift that to $100 billion.

Yet there are hurdles including U.S. tariffs on Turkish steel and Ankara’s purchase of Russian missile defences in 2019, which prompted the Trump administration to oust Turkey from a consortium producing F-35 jets.