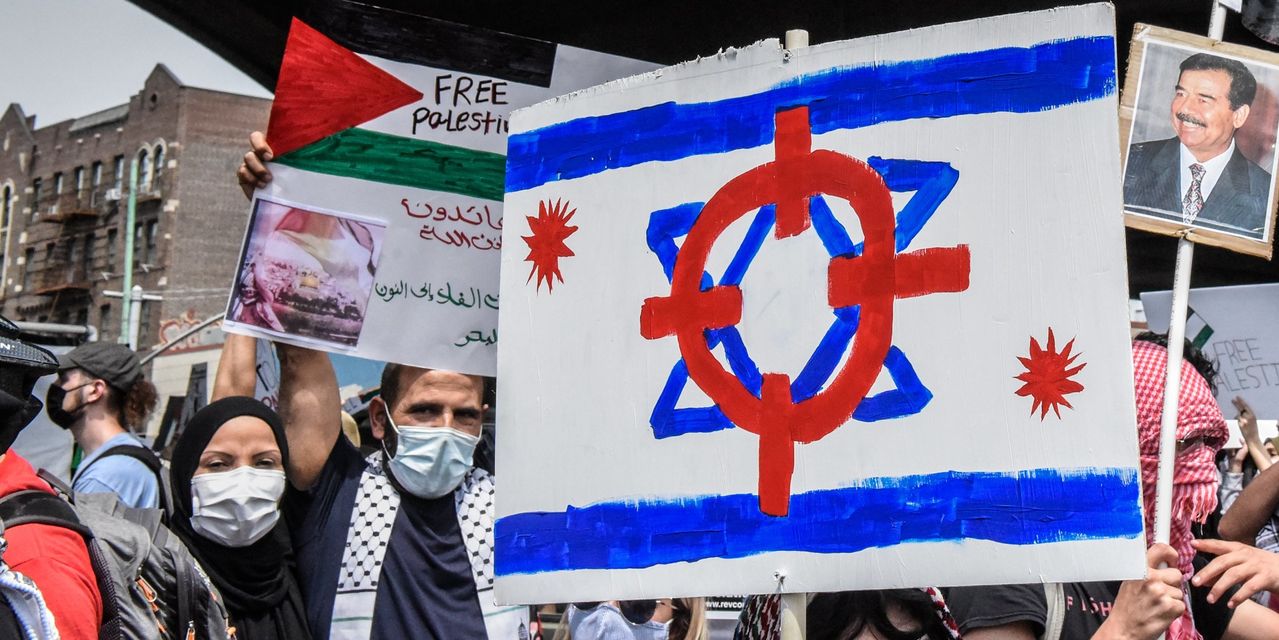 The Gaza war spilled into America last week as some pro-Palestinian and pro-Hamas demonstrators crossed the line separating protest from mob violence in several U.S. cities.

Past anti-Jewish violence in America has generally come in one of three forms. It has either been perpetrated by a deranged individual like in the 2018 shooting at Pittsburgh’s Tree of Life synagogue, by an outgrowth of communal tensions as in the 1991 Crown Heights riots, or by an attack on a particular Jewish individual such as the 1915 lynching of Leo Frank.

Last week brought something different: Mobs visited widespread violence on random Jews, or in some cases “Jewish-looking” non-Jews. The targets have no responsibility for Israeli policy. Given the policy preferences of U.S. Jews documented in polling, many were likely anti-Trump, anti-Netanyahu, critical of Israel’s treatment of Palestinians and pro-Black Lives Matter. None of this meant anything to the mob. All the attackers seemed to care about was that their victims were, or looked, Jewish. That was enough.

Nothing about last week’s violence would have surprised Theodor Herzl, architect of the Zionist movement. The core insight that drove Herzl into Zionism was that though the ideals of the liberal enlightenment were beautiful and appealing, European Jews would perish horribly if they entrusted their fate to them. Many Israelis—whether descended from Holocaust survivors, Jews expelled or fleeing persecution and discrimination across the Middle East, or Jews who endured oppression and discrimination in the Soviet Union—believe from familial and personal experience that Herzl got it right.

Americans have tried to build a country that could prove Herzl wrong. The U.S. has sought to form a national identity that transcends race and tribe, in which anyone—including Jewish Americans and Palestinian-Americans—can be truly at home and as American as apple pie. The country isn’t there yet, but many of us want to keep trying.

Rising violence against Jews in the U.K., Germany and France has been winning Herzl new converts, but so far the American Jewish community has yet to experience anything akin to the murderous hatred increasingly prevalent in Europe. Last week’s attacks, however, likely caused some U.S. Jews to wonder, perhaps for the first time, if Herzl had a point.

Modern anti-Semitism in America comes not only from the far left. Some on the far right, addicted to conspiracy theories and quack history, want to recast the U.S. as the racially exclusionary society the far left thinks it already is.

Whatever their motives or their politics, those who challenge the place of Jews in America challenge the basis of America itself. Jew-hatred aims to destroy the habits and beliefs, however imperfectly developed, that allow our diverse population to live in peace and that make our democracy work. Whether it brandishes a tiki torch or wraps itself in a (misappropriated) Palestinian flag, Jew-hatred is the implacable enemy of the American way.

In one of history’s great ironies, anti-Semitism has been a major force behind the creation and rise of the Jewish state. It wasn’t only that anti-Semitism drove Russian Jews to migrate to Palestine, that anti-Jewish immigration legislation in the U.S. and elsewhere gave persecuted Jews no other refuge than British Palestine, or that European Holocaust survivors chose Israel in the 1940s. Without the anti-Semitic violence and expulsions that swept the Arab world after the Israeli War of Independence, the struggling Jewish state would never have become the regional superpower it is today.

Anti-Semitism did more than fill Israel with persecuted Jews. The constant threat of destruction by hostile neighbors welded Israeli immigrants into a single people. It forced Israel to build the military and intelligence capabilities that so often humiliate and frustrate its foes. Jew-hatred drove the creation of both the Israeli nuclear program and the Israeli tech sector that makes the country a desirable economic partner for great powers around the world.

Anti-Semites also made Israel tough. Missiles from Gaza, missiles from Lebanon, and unceasing incitements to genocide from Iranian mullahs busily enriching uranium all promote the idea among Israelis that their enemies are implacable and irrational and can be deterred only through strength.

The Biden administration would like Israel to soften its approach. It’s urging Jerusalem do more to accommodate Palestinian hopes and support Washington’s efforts to negotiate a peaceful compromise with Tehran on its nuclear program.

Last week’s shocking scenes won’t help make that case. Two decades of poorly judged and often erratic U.S. Middle East policy have eroded Israeli confidence in America’s wisdom and steadfastness. As anti-Semites in both parties try to claw their way into mainstream American politics, Israelis will be more skeptical than ever about the value of U.S. commitments—and of the strength of American ideals.