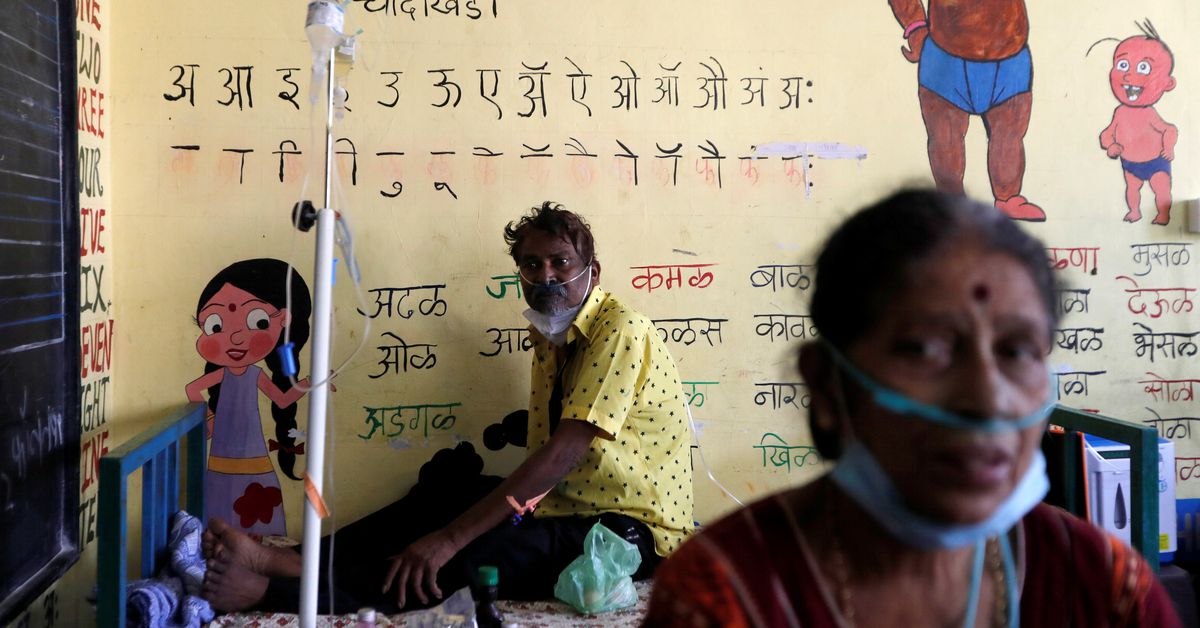 India’s official tally of daily infections of coronavirus fell to the lowest in nearly six weeks in the past 24 hours, offering hope that a devastating second wave is ebbing, but government leaders said shortages of vaccines were a big concern.

Barely 3% of the country’s 1.3 billion people have been vaccinated, the lowest rate among the 10 countries with the most COVID-19 cases, leaving India and its ill-equipped healthcare system vulnerable to a potential third wave, experts say.

The Serum Institute of India, which is supplying the AstraZeneca vaccine, and local firm Bharat Biotech which is providing Covaxin, have both said they are ramping up production but the supply remains way short of the millions of doses India needs.

On Tuesday, the country posted 196,427 new coronavirus cases over the last 24 hours, its lowest daily rise in infections since April 14, and less than half the 414,188 peak reported on May 7. The country’s overall officially recorded case load since the start of the pandemic now stands at 26.95 million.

There are serious concerns that many new infections are not being reported, due to a dearth of testing in the countryside, where the virus has spread to from the cities.

Deaths due to COVID-19 amounted to 3,511 in the last 24 hours, bringing the total since the pandemic first stuck over a year ago to 307,231, according to health ministry data.

Experts believe that grossly underestimates the actual toll as only people who have tested positive are counted, whereas many victims were never tested.

The Economist magazine’s excess-deaths model estimates that around a million people have died of COVID-19 in India so far, way above the 590,240 in the United States, which is the worst hit country based on official counts.

In desperation, several Indian state governments and even cities such as Mumbai have launched global tenders or sought expressions of interest from firms such as Pfizer (PFE.N) , Moderna (MRNA.O) and Johnson and Johnson for urgent supplies.

But Delhi’s deputy chief minister Manish Sisodia said the three firms told them they were in touch with the federal Indian government and that they will not be dealing with state level authorities.

“It is a global blunder,” said Sisodia, whose Aam Aadmi Party is bitterly opposed to Modi’s Bharatiya Janata Party (BJP).

The northern state of Punjab also said over the weekend its efforts to directly source supplies had been rebuffed by the foreign vaccine manufacturers. The hill state of Uttarakhand extended its global tender till the end of the month after failing to get any bid, local media reported on Tuesday.

“The vaccination drive is in shambles and people are suffering and despairing,” Anand Sharma, a leader of the main opposition Congress said, urging Modi to put aside politics and work with state governments to help them procure vaccines.

Pfizer said it was in talks with the Indian government to supply its vaccine, which has still to be cleared by India’s drug regulator.

“Pfizer remains committed to continuing our engagement with the government of India towards making the Pfizer BioNTech COVID-19 vaccine available for use in the country,” a spokeswoman told Reuters, declining to provide details of the ongoing discussions.