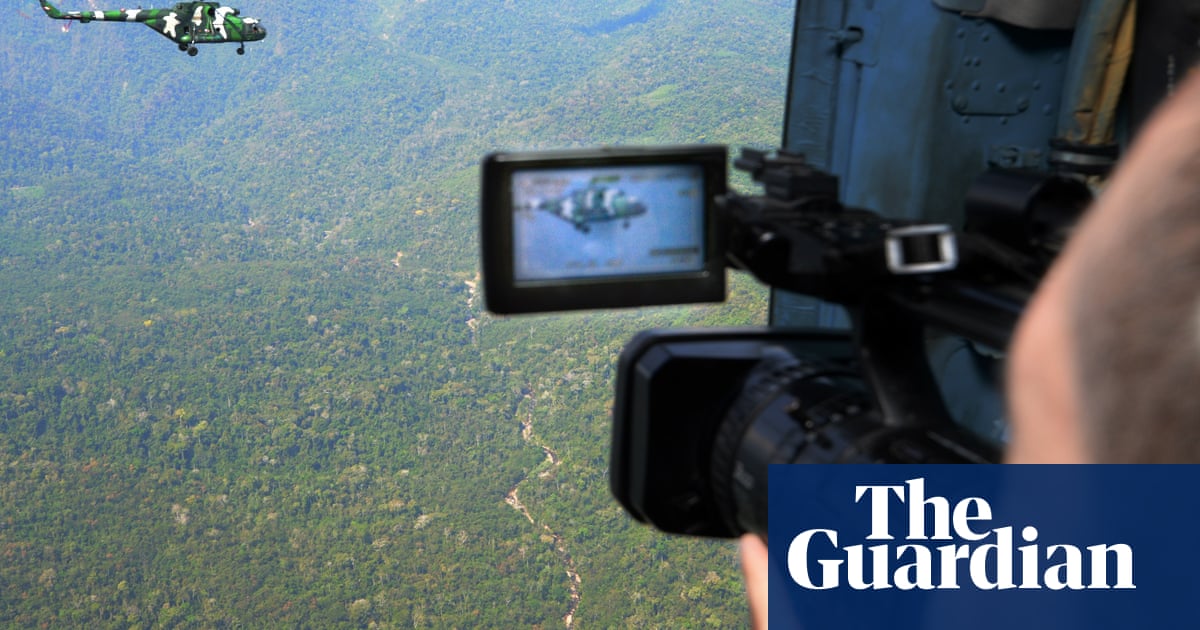 At least 14 people, including two children, have been killed by a splinter group of the Shining Path rebel group, in a brutal attack on a remote jungle hamlet, according to Peru’s military.

Leaflets reportedly scattered at the site of Sunday’s massacre warned locals to boycott upcoming presidential elections next month and said anyone who voted for the rightwing candidate Keiko Fujimori would be considered a “traitor”.

The military called the murders “an act of genocide” and said the Shining Path had previously labeled such attacks a form of “social cleansing”. The statement assured Peruvians of “a secure electoral process”. They added the bodies of the victims had yet to be identified.

The massacre took place just two weeks before a polarised second-round ballot between three-time candidate Fujimori, the daughter of the jailed 1990s strongman Alberto Fujimori, and the leftist teacher Pedro Castillo, whose party Perú Libre is accused of containing MPs with links to Shining Path and the rival rebel group MRTA (Tupac Amaru Revolutionary Army) which both battled the state in a conflict that killed more than 69,000 in the 1980s and 90s.

Castillo condemned the killing as a “terrorist attack”.

Peruvians remain bitterly divided over the legacy of Alberto Fujimori: his supporters credit him with defeating the guerrillas, but detractors say he used brutal repression to crush dissent. He was sentenced for authorising the death squad killings of 25 people, including an eight-year-old boy.

Peru’s joint command of the armed forces said the attack was led by Víctor Quispe Palomino, alias “Comrade José” – the last living sibling of a family clan which has allied the remnants of Shining Path with drug traffickers in the valley of the Apurímac, Ene and Mantaro rivers, a high jungle zone better known by its acronym Vraem, where authorities say about 75% of Peru’s cocaine is produced.

The leaflets reportedly found at the site warned of the “cleansing” of brothels, “degenerate homosexuals”, thieves and informants, and declared “Long Live Marxism-Leninism-Maoism, principally Maoism.”

The massacre took place near San Miguel de Ene, in Peru’s central Amazon region. Gustavo Gorriti, a leading investigative journalist, said: “There is no other force that has the capacity to carry out such an attack in this area.”

The drug-trafficking hotspot is a hub from where mochileros, or backpackers, carry kilos of cocaine along trails and mountain passes to Peru’s coast where it is trafficked abroad.

Pedro Yaranga, a security expert, said such attacks were not uncommon during election time. “This is an act of desperation by a weakened group trying to send a message,” he said.