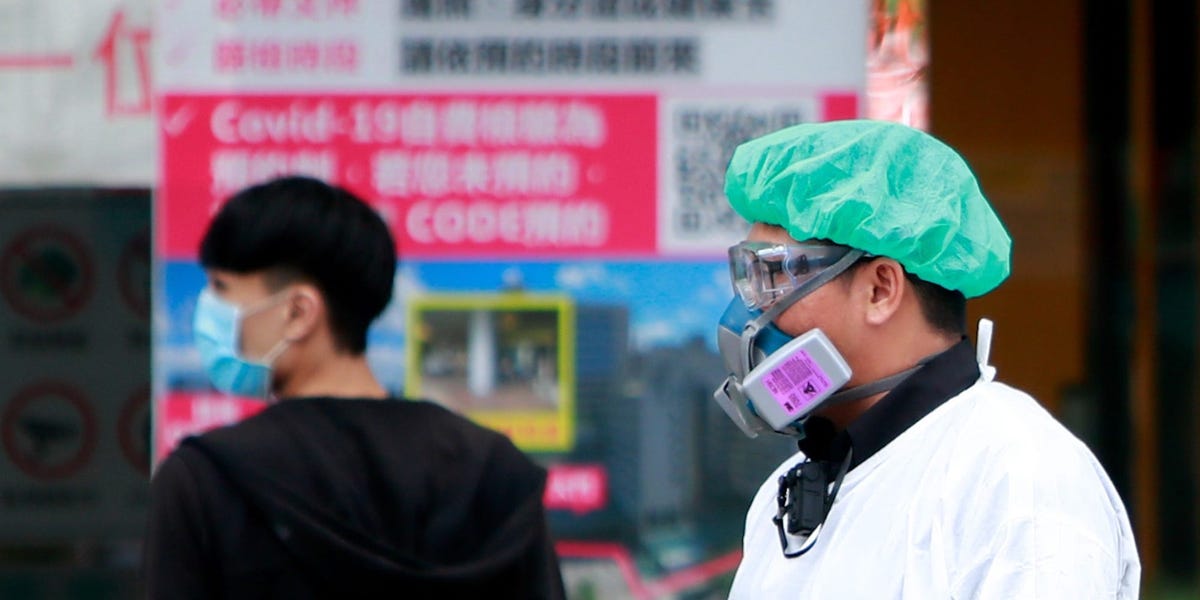 Taiwan is under increasing pressure to order vaccines from China as it faces a surge in COVID-19 cases and has vaccinated just 1% of the population.

It is currently facing an unprecedented rise in domestic COVID-19 cases, after nearly 18 months of keeping the pandemic at bay.

It has also vaccinated less than 1% of the population, CNN and Reuters reported.

Vaccine supplies are running low: Taiwan has only received about 700,000 doses of the AstraZeneca vaccine out of the 20 million it ordered from several manufacturers, including Moderna, CNN reported.

Taiwan has turned to the US to bolster its vaccine supply, Bloomberg reported over the weekend.

But lawmakers in the country are now calling on Taiwanese President Tsai Ing-wen to accept Chinese vaccines as soon as possible.

“At this moment, lives are at stake, and we respectfully tell the Tsai government: the real enemy is the virus, not the mainland,” said Hung Hsiu-chu, a former head of Taiwan’s opposing Kuomintang party, Reuters reported.

The country has a longstanding policy against importing China-made vaccines. China previously called this a politically motivated decision.

Political tensions between China and Taiwan have been at a high under Tsai’s administration. China considers the self-ruled island to be part of its territory, and Tsai has frequently criticized China.

On Wednesday, Taiwan accused the Chinese government of slowing down its access to other vaccines, with Taiwanese presidential spokesperson Kolas Yotaka accusing Beijing of “interference.”

The island has previously accused China of leveraging its homegrown vaccines to gain political favor with Paraguay, one of the 15 remaining countries that recognizes Taiwan as an independent state.

China uses two vaccines for the bulk of its export and domestic vaccination, Sinopharm and Sinovac.

Sinopharm, which received emergency-use listing from the World Health Organization on May 7, has been found to have a 79% efficacy at preventing COVID-19.

On Monday, Taiwanese foreign minister Joseph Wu also blamed China for the island’s continued exclusion from the WHO’s annual assembly, which is taking place this week.