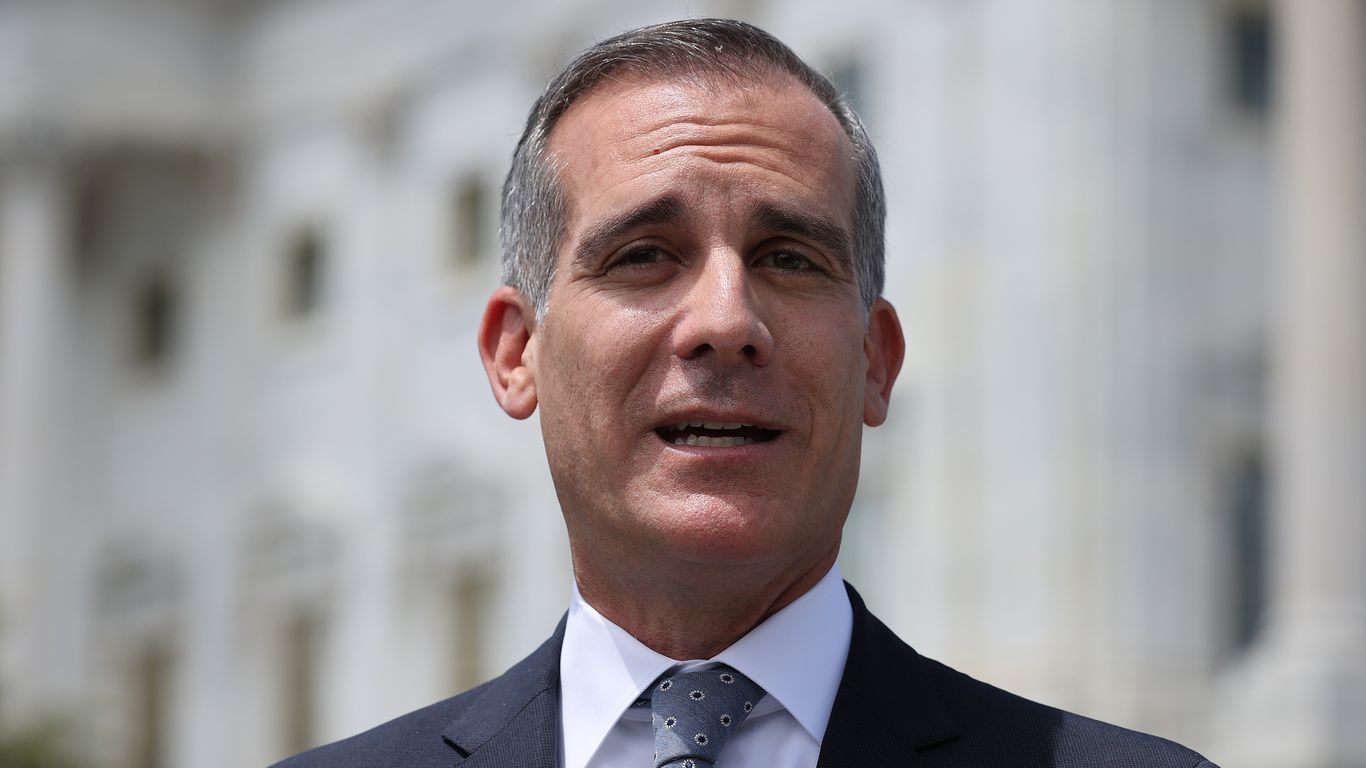 President Biden is ready to nominate Los Angeles Mayor Eric Garcetti as his ambassador to India, sending a trusted political ally to the world’s biggest democracy, people familiar with the matter tell Axios.

Driving the news: Biden is planning to name his first slate of political ambassadors as soon as next week, rewarding political allies like Garcetti, as well as big-dollar donors, many of whom covet postings in elegant European capitals.

Between the lines: Biden has already called some applicants to offer them the country where he wants them to serve.

The intrigue: Some donors are privately complaining that the White House’s entire ambassador process has been too protracted and too opaque, as they grouse and gossip about who might receive what.

What we are hearing: Tom Nides, a former deputy secretary of State, is in line for Israel, as Axios first reported.

What we are watching: Will Jeff Flake, a former Republican senator who endorsed Biden, be offered a prominent G20 country or an important multilateral position?