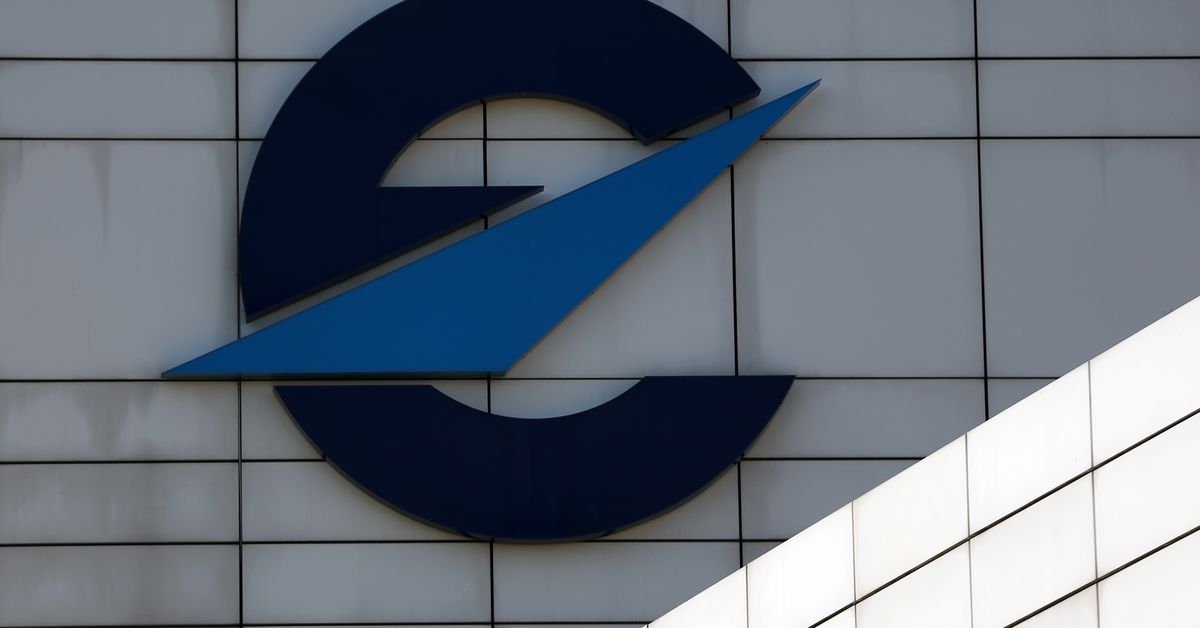 The logo of Eurocontrol, Europe’s air traffic regulator, is seen on the facade of its headquarters in Brussels July 18, 2014. REUTERS/Francois Lenoir

European air traffic control agency Eurocontrol said on Tuesday approximately 100 flights by EU and British carriers fly over Belarus every day and it would be best for those re-routing to cross over the Baltic states instead.

EU leaders on Monday agreed to shun Belarusian airspace after Minsk scrambled a warplane to force a Ryanair flight to land last Sunday. Belarusian authorities then arrested an opposition journalist on board, sparking international outcry.

The EU will also shut out the Belarusian carrier Belavia from its skies and airports. Lufthansa, KLM, SAS, Air France, LOT and Singapore Airlines were among carriers that announced they would stop flying over Belarus. read more

“Airlines avoiding the airspace of Belarus may well have an additional time and fuel cost, depending on the route. Longer haul routes will generally be relatively less affected,” Eurocontrol told Reuters.

It said around 400 civilian planes fly over Belarus every day, including 300 overflights of which about 100 are operated by EU or British carriers.

“The most efficient routes for the majority of carriers overflying Belarus will be to re-route through the Baltic States,” Eurocontrol said.

Eurocontrol collects overflight fees for Belarus, which amounted to 85 million euros in 2019, the agency said. Some 20 EU airports from Larnaca to Helsinki that have Belavia flights to or from Belarus would also be affected.