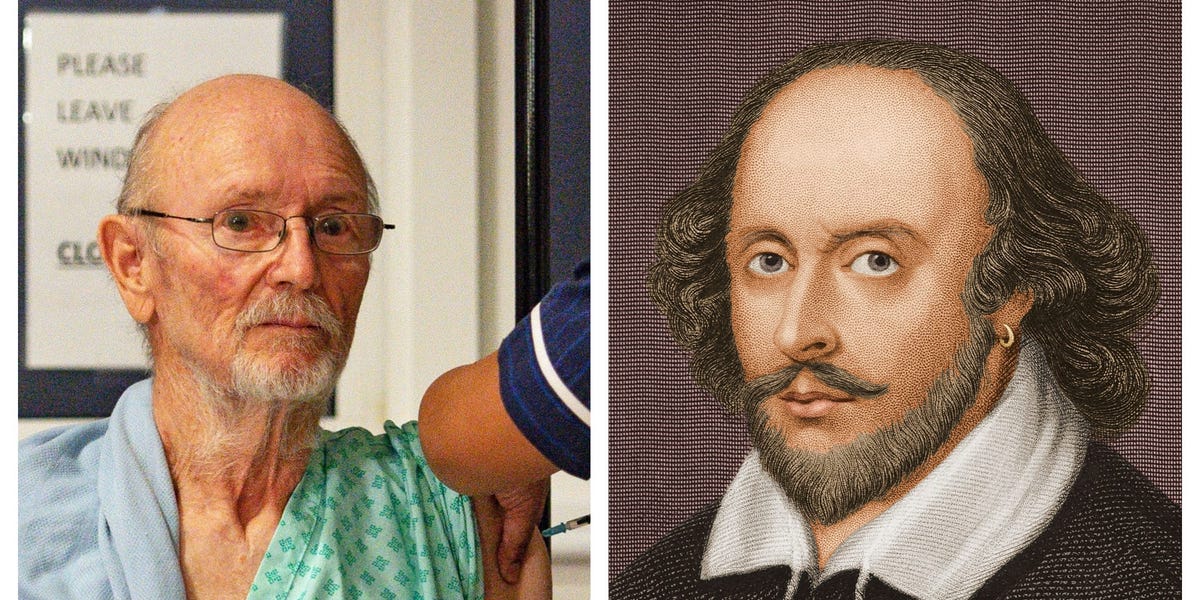 The first man to get publicly vaccinated for COVID-19 died of an unrelated illness last Thursday, the BBC reported.

The man, named William Shakespeare, was the second person to receive Pfizer BioNTech’s COVID-19 vaccine out of clinical trials. He received the first dose of the two-shot vaccine in early December at University Hospital in Coventry, Warwickshire.

Shakespeare, who went by Bill, received the vaccine not long after 90-year-old Margaret Keenan received the first shot at the same hospital.

At the time of his vaccination, Shakespeare said he was “pleased” and praised staff at the hospital, Insider previously reported.

Coventry councillor Jayne Innes, his friend, said the “best tribute to Bill is to have the jab,” according to the BBC.