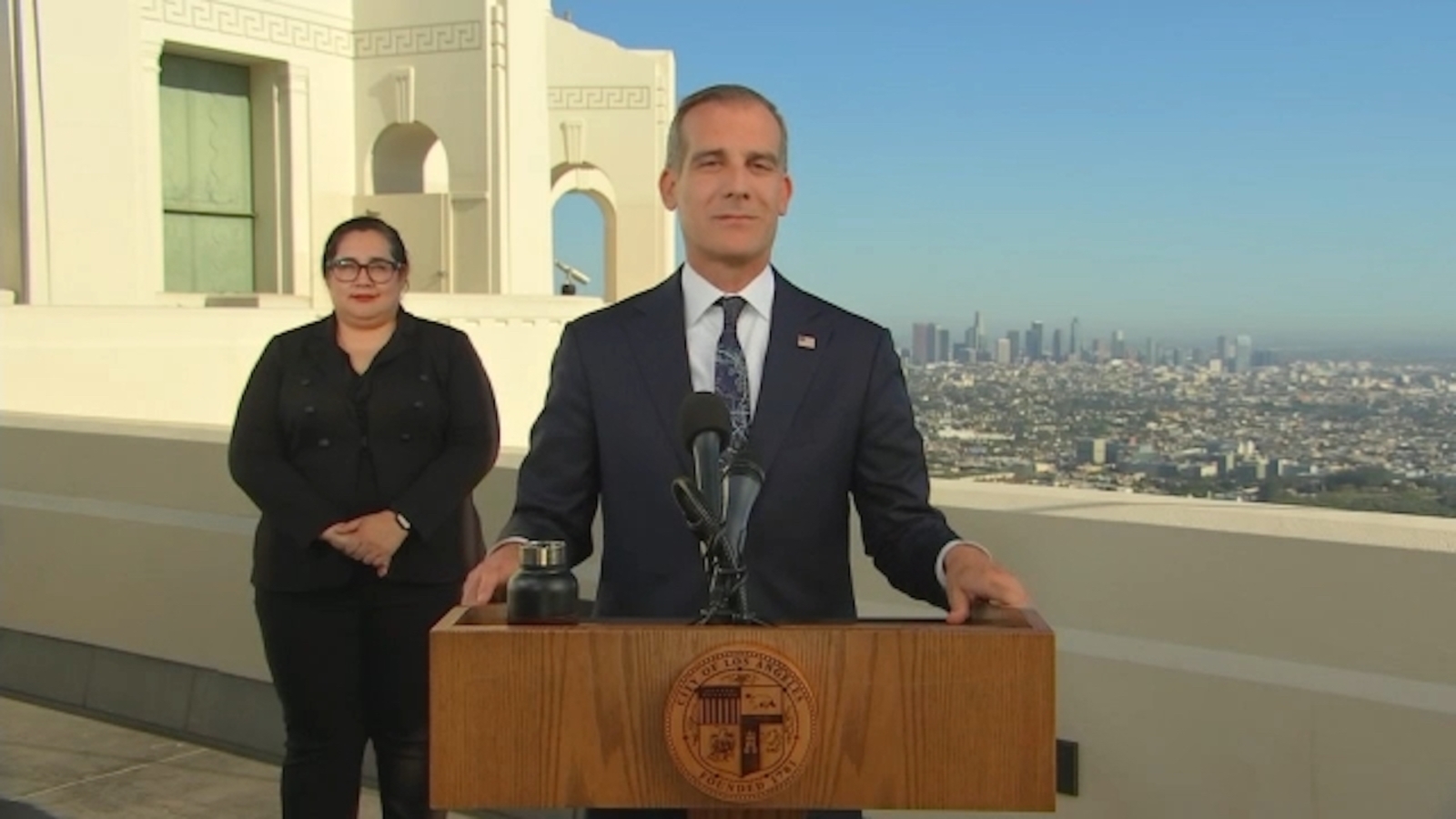 LOS ANGELES — President Joe Biden is expected to announce he is nominating former senior State Department official Nicholas Burns to serve as his ambassador to China and Los Angeles Mayor Eric Garcetti to be his ambassador to India, according to a person familiar with the matter.

With the selections, Biden is turning to a seasoned diplomat and a longtime political ally to serve in two of the country’s highest-profile diplomatic postings.

It was not clear when either nomination would be announced, according to the person familiar with the matter, who was not authorized to publicly comment on the matter and spoke on condition of anonymity. The White House declined to comment on either Burns or Garcetti and noted that “no one is final until they’re announced.”

The Associated Press has previously reported that Biden has settled on former Chicago Mayor Rahm Emanuel to serve as his ambassador to Japan and former deputy secretary of State Tom Nides to be ambassador to Israel. Neither of those selections has been publicly announced.

Prominent Democratic fundraisers Denise Bauer, Jane Hartley and David Cohen have also emerged as leading contenders for postings in France, Italy and Canada, respectively, according to people familiar with the White House deliberations but also not authorized to publicly comment on the matter. During the Obama administration, Bauer served as ambassador to Belgium, and Hartley was ambassador to France and Monaco. Cohen is a top executive at the cable company Comcast.

Burns and Garcetti, if confirmed by the Senate, would come to their postings at high-pressure moments in the U.S. relationships with China and India.

Biden on Wednesday asked U.S. intelligence officials to “redouble” their efforts to investigate the origins of the COVID-19 pandemic, including any possibility the trail might lead to a Chinese lab.

The president has also pressed China’s Xi Jinping on his government crackdown of democracy activists in Hong Kong, human rights abuses against Uighur and ethnic minorities in the western Xinjiang province, and what the U.S. sees as unfair and coercive trade practices.

Burns previously served as undersecretary of state under President George W. Bush and as U.S. envoy to Greece and NATO. Burns is now the executive director of the Aspen Strategy Group and Aspen Security Forum. He’s also a professor of the practice of diplomacy and international relations at the Harvard Kennedy School.

Garcetti, if confirmed, would be dispatched to India as it has been overwhelmed by a surge in coronavirus infections and deaths. India’s death toll is the third highest reported in the world after the U.S. and Brazil, and true numbers are thought to be significantly greater.

The 50-year-old Democrat would leave behind a city where his tenure has been defined by the coronavirus pandemic and an out-of-control homeless crisis that saw filthy encampments spread into nearly every neighborhood.

Garcetti, who considered a 2020 White House bid and later became part of Biden’s inner circle, emerged as a widely discussed possibility to join Biden’s Cabinet last year. But he took himself out of the running, saying the raging coronavirus crisis made it impossible for him to step away.

In picking Garcetti, the president would be rewarding a loyalist who was one of his national campaign co-chairs, who served on the committee that vetted his pool of vice presidential contenders and who served as one of several co-chairs for Biden’s inaugural committee.

The India post would allow the politically ambitious Garcetti to burnish his foreign policy credentials ahead of a possible future White House run. That’s a conspicuous gap on his resume – the Ivy League graduate and Rhodes scholar has spent two decades in city government, either as mayor or a city councilman.

The two-term mayor would leave LA with an uneven record. The mayor has been credited with continuing a transit buildup in a city choked with traffic, establishing tougher earthquake safety standards for thousands of buildings and steering the city though the deadly pandemic at a time when LA was once a hot spot for infections. Cases have fallen steeply in the city and some restrictions have been rolled back, consistent with the trajectory in the state.

But Garcetti was overmatched by a crisis of homelessness that became a national embarrassment despite the massive jump in government spending to fight it. Many streets and sidewalks remain cratered and crumbling, despite his early pledge to make fixing them a cornerstone of his administration.

As is the case in many large cities, the crime rate in LA is spiking. One of his former deputy mayors was indicted on corruption charges in an ongoing federal investigation at City Hall. And a lawsuit alleges that a former top staffer sexually harassed one of the mayor’s police bodyguards while Garcetti ignored it or laughed it off. The mayor denies the claims.