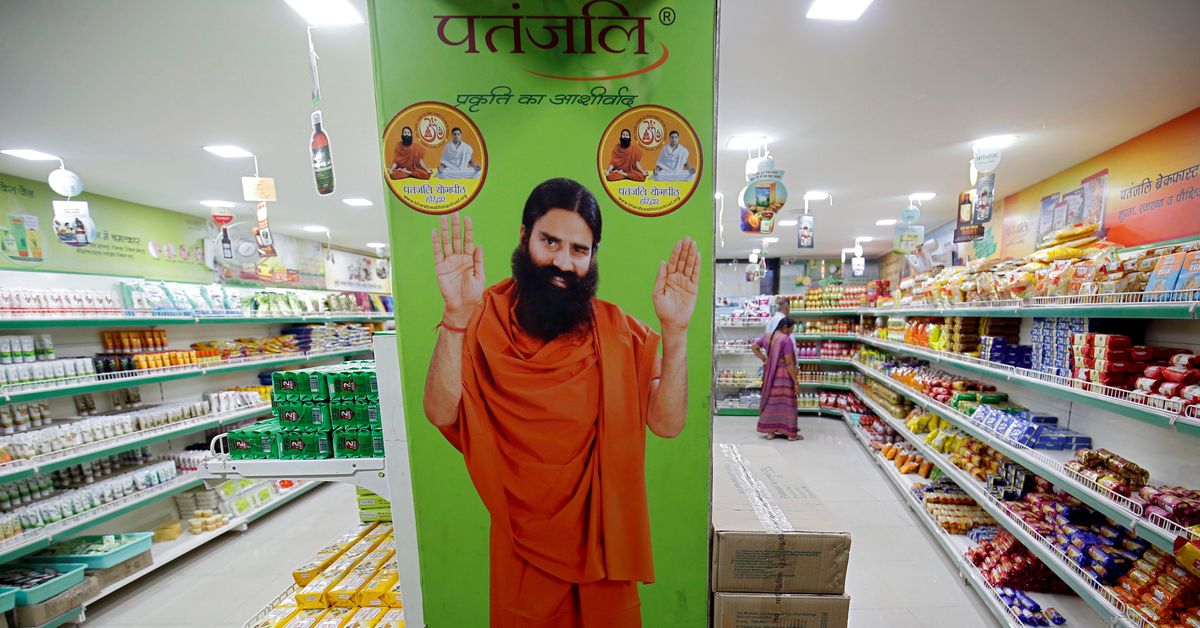 A hoarding with an image of Baba Ramdev is seen inside a Patanjali store in Ahmedabad, India, March 28, 2019. REUTERS/Amit Dave/File Photo

Indian doctors on Wednesday decried the free distribution of an unproven remedy to COVID-19 patients by the state of Haryana as the maker of the herbal medicine faced a backlash over comments in which he said modern medicine had caused deaths.

The northern state, which is ruled by Prime Minister Narendra Modi’s Bharatiya Janata Party, said this week it would hand out Coronil to COVID-19 patients. The ayurvedic medicine was launched by yoga guru Baba Ramdev’s company Patanjali Ayurved last year to much fanfare as a COVID-19 cure.

The government later said the consumer goods company co-founded by Ramdev could not market the drug as a cure, and it needed to market it as an immunity booster.

There is no scientific basis to Coronil’s use in treating COVID-19 patients, said Ajay Khanna, the state secretary of the Indian Medical Association (IMA) in Uttarakhand, where Patanjali is headquartered.

“If the Haryana government is doing this, then it is their loss,” he told Reuters in a telephone interview, referring to the state’s distribution of the remedy.

The Uttarakhand unit of IMA filed a lawsuit against the yoga guru, asking him to write an apology for his recent statement that science-based treatments had caused the deaths of thousands of COVID-19 patients.

The comment drew the ire of doctors across the country and Ramdev, who has a large following in India, withdrew his remarks on Sunday.

“He is more of a businessman than anything else. To sell his product, he has sparked a fight between allopathic medicine and ayurveda,” Khanna said.

Ayurveda is an ancient Indian system that includes medicines, meditation, exercise and dietary guidelines practiced by millions of adherents.

The outcry over the remedy and the guru’s comments comes weeks after Indian doctors warned against the practice of smearing cow dung on the body in the belief it will ward off COVID-19, saying there was no scientific evidence of its effectiveness and it risked spreading other diseases. read more

India’s has had 27.16 million cases of the coronavirus and 311,388 deaths, according to health ministry data, and a devastating second wave of infections is sweeping many parts of the country.

Traditional medicine is popular with many people, partly because of a lack of access to healthcare, but doctors have warned of the danger of people putting their trust in alternative treatments for COVID-19.

“You lower your guard thinking you’re protected in some way, but I think real harm can be caused by giving people a false sense of security,” said Lancelot Pinto, a consultant pulmonologist at Hinduja Hospital in Mumbai.