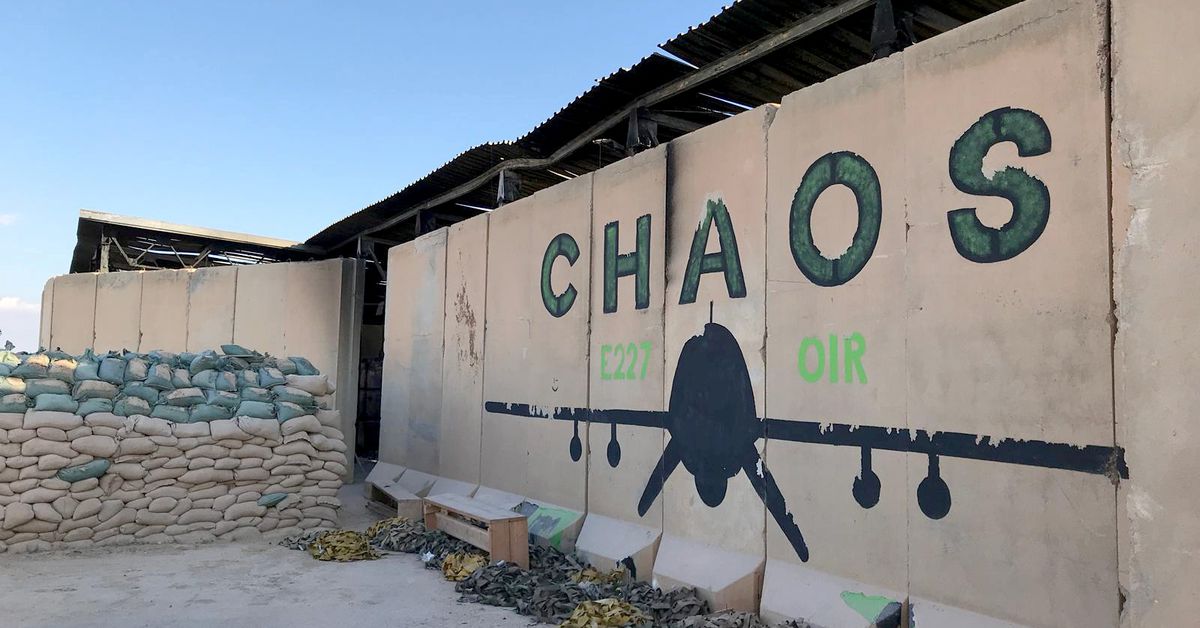 Blast walls of a sleeping quarters for U.S. soldiers are seen at Ain al-Asad air base in Anbar province, Iraq January 13, 2020. REUTERS/John Davison

Iraqi security forces on Wednesday arrested militia commander Qasim Muslih, the military said, in a move security sources said was linked to attacks on a base that hosts U.S. forces.

Muslih was arrested at dawn and is being questioned on anti-terrorism charges, a military statement said, without giving further details.

Two security sources told Reuters the militia chief was arrested in Baghdad for involvement in several attacks including recent assaults on Ain al-Asad air base, where U.S. and other international forces are housed.

Muslih is the Anbar province head of the Popular Mobilisation Forces (PMF), a grouping of mostly Shi’ite militias backed by Iran, which the United States regards as the biggest threat to security in the Middle East.

Prime Minister Mustafa al-Kadhimi said in a statement later on Wednesday that security forces have arrested someone after an arrested warrant was issued against him in accordance with the terrorism act and based on complaints filed against him.

Kadhimi did not name him in the statement but said the defendant will stay in the custody of the Joint Operations Command until the end of the investigation.

A copy of the arrest warrant issued for Muslih that circulated on social media and was verified by the security sources said that he was arrested under the anti-terrorism law, but did not have further information.

The air base was attacked at least four times this month with rockets and an unmanned aerial surveillance system, in incidents seen by many Iraqis as reflecting U.S.-Iranian tensions. read more

Following the arrest, unidentified gunmen drove vehicles around the fortified Green Zone, which hosts foreign embassies and government buildings, as a show of force, said a security source who spoke on condition of anonymity.

A Reuters reporter said that in the early evening dozens of PMF fighters were in control of one of the entrances to the Green Zone and were not allowing anyone in.

Two lawmakers told Reuters that Shi’ite leaders have intervened to try to defuse the crisis and proposed to Kadhimi to transfer Muslih to the PMF custody.

“The armed protest that took place by armed groups are a serious violation of the Iraqi constitution,” Kadhimi said in his statement, adding that he had ordered an immediate investigation.

Powerful paramilitary groups aligned with Iran in Iraq have attacked U.S. targets in the country.

Most of the incidents have caused no casualties, but they have kept up pressure on U.S. troops and U.S. allies in the early days of Joe Biden’s presidency.

Iraq’s government under Kadhimi has sided with the United States but has found it hard to bring the groups under control.

Last year Iraqi security forces raided a stronghold of a powerful Iran-backed militia in Baghdad and detained more than a dozen members of the group. Shortly after the arrest, unidentified gunmen drove vehicles towards government buildings in the Green Zone demanding the release of the militiamen.

Most of the men were released within hours.

“Any arrest case should run its course, as goes for any Iraqi. And surely, nobody should resort to a show of force to get their way,” said Jeanine Hennis-Plasschaert, Special Representative of the United Nations Secretary-General for Iraq.

“Such behaviour weakens the Iraqi state and further erodes public trust. State institutions must be respected at all times. Nobody is above the law,” she said on Twitter.