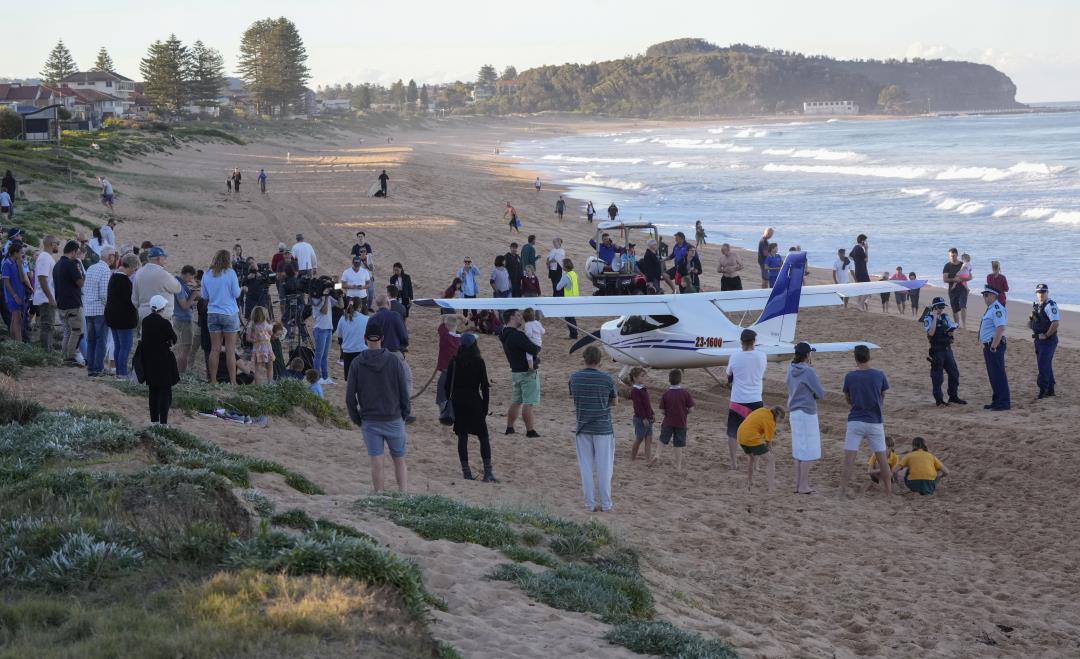 (Newser) – Beachgoers along the northern Sydney shoreline got quite a surprise Wednesday as they strolled along the sand. Per the Guardian, one eyewitness told a radio station it was around 2pm local time at Collaroy Beach, with “not a cloud in the sky,” when an odd sight suddenly floated past—a small aircraft flying “really close and really low, losing altitude really fast.” Seconds later, the plane “landed beautifully,” not far from where visitors to the beach were walking, the witness notes. Inside the plane, per the AP and ABC Australia: the 20-something pilot, his wife (said to be in her late 20s or early 30s), and their 1-year-old son, all of whom were uninjured, according to police.

Per the Australian Transport Safety Bureau, the Tecnam P2008 light plane had been forced to make an emergency landing after the pilot reported having trouble with the plane’s lone engine, less than an hour after taking off from Bankstown Airport. A New South Wales ambulance official tells ABC that, due to the cooler weather at this time of year, not as many people were on the beach as there could’ve been, and that because it was low tide, the plane had a firm place to land. “Otherwise it could have been quite [a] catastrophic landing in soft sand,” he notes. “There may have been a different outcome.” Recreational Aviation Australia, the island nation’s governing agency on light planes, is investigating the incident. (Read more Australia stories.)