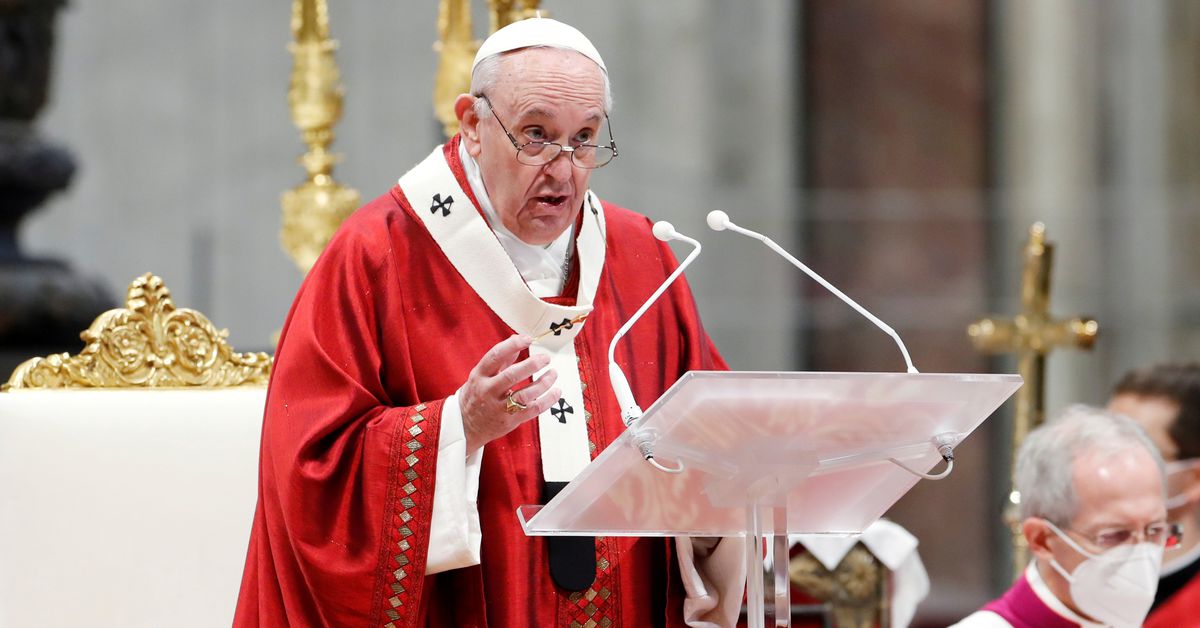 Pope Francis launched an initiative on Tuesday to make Catholic institutions ranging from families to universities to businesses environmentally sustainable in seven years, saying a “predatory attitude” toward the planet must end.

The Laudato Si Action Platform takes its name from the pope’s landmark 2015 encyclical on the need to protect the environment, reduce wasteful lifestyles, stem global warming and

protect the poor from the effects of climate change.

At a news conference announcing the initiative, Cardinal Peter Turkson, head of the Vatican’s development office, said the pope has been invited to attend the United Nations’ Climate Change Conference (COP26) in November in Glasgow, Scotland. Turkson indicated that the pope likely will attend.

In a video message for the launch, the pope said the initiative would be “a seven-year journey that will see our communities committed in different ways to becoming totally sustainable, in the spirit of integral ecology”.

He decried “our predatory attitude, which makes us feel that we are masters of the planet and its resources, and authorises us to make irresponsible use of the goods God has given us.”

The initiative will have focus groups including families, parishes and diocese, schools and universities, hospitals and other health care facilities, businesses, lay Catholic organisations, and orders of priests and nuns.

Since Laudato Si (Praised Be) was published in 2015, the Vatican and Catholic groups in the 1.3-billion-member Church around the world have taken many initiatives to reduce their carbon footprint.

The Vatican, the world’s smallest state, has nearly eliminated single-use plastic, recycles most of its trash and makes its own compost for its gardens.

The Vatican development office will coordinate actions and provide guidance to groups and individuals.

Francis strongly supports the goals of the 2015 U.N. Paris accord to reduce global warming.

“These wounds (to the planet) manifest themselves dramatically in an ecological crisis without precedent, which affects the ground, the air, water and, in general, the ecosystem in which human beings live,” Francis said.

“We have a great responsibility, especially with regard to the future generations. What world do we want to leave to our children and our young? Our selfishness, our indifference and our irresponsible ways are threatening the future of our children.”