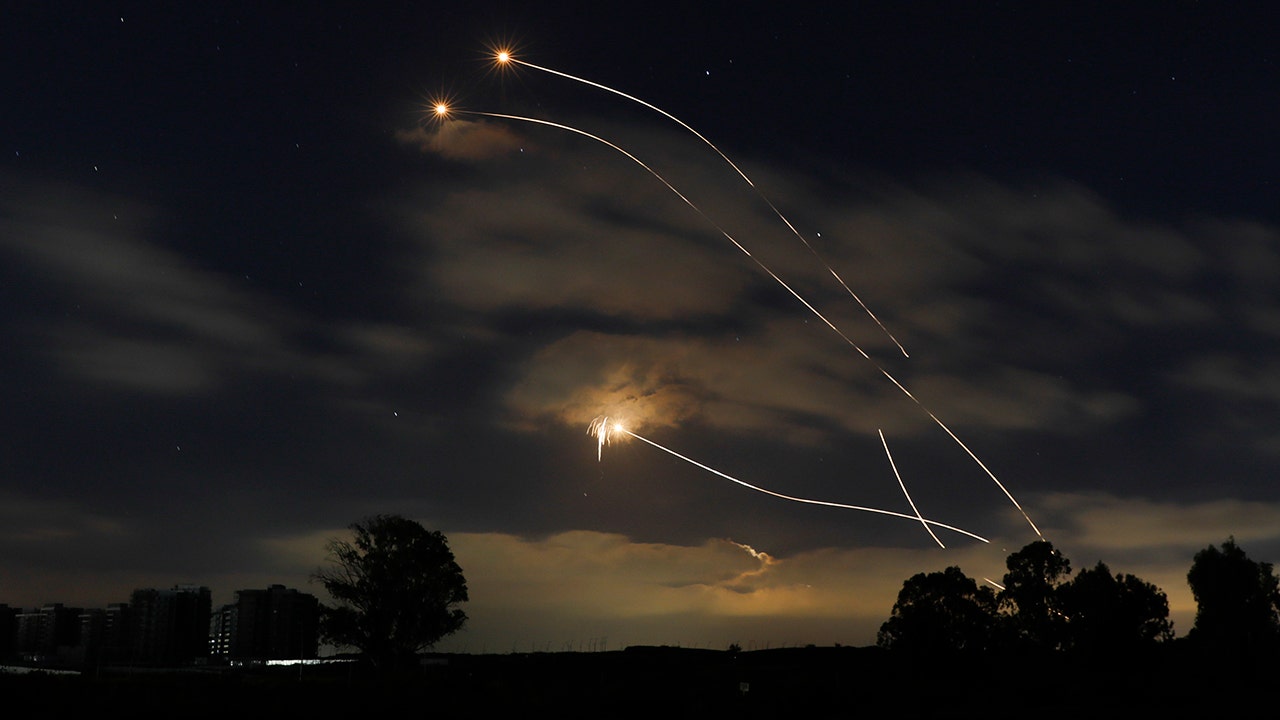 The new ads by the American Action Network (AAN), shared first with Fox News on Wednesday, come in the wake of fierce fighting earlier this month between Israel and Hamas forces based in Gaza and as a growing number of progressive Democrats in Congress are questioning Washington’s support of conservative Israeli Prime Minister Benjamin Netanyahu.

IVE UPDATES FROM FOX NEWS ON THE ISRAELI-PALESTINIAN SHOWDOWN

The new ad campaign, which AAN says is backed by a five-figure buy, will run on digital in the districts of Reps. Mikie Sherrill of New Jersey (NJ-11), Carolyn Bourdeaux of Georgia (GA-07), Susan Wild of Pennsylvania (PA-07) and Elaine Luria of Virginia (VA-02).

Hamas, which controls Gaza and has been designated a terrorist organization by the United States, began launching massive rocket attacks into neighboring Israel on May 10 after violent clashes between Israeli forces and Palestinian protesters in Jerusalem at the Al-Aqsa compound, Islam’s third-holiest site. The Hamas missile attacks quickly sparked a ferocious aerial response by Israeli forces.

A cease-fire between the two sides took effect Friday. More than 230 Palestinians in Gaza and the West Bank, and at least 12 Israelis, were killed in the 11 days of attacks – the worst fighting between the two camps in seven years.

The Iron Dome system destroyed many of the Hamas rockets before they were able to strike Israel, likely saving scores of lives.

“When Congress had the chance on increase funding for Iron Dome, Mikie Sherrill voted against it. Shamefully she voted no, even as terrorist rockets rained down on Israeli cities. Tell Congresswoman Sherrill her vote was wrong,” charges the announcer in the digital spot targeting Sherrill.

The security funding motion that is spotlighted in the ad, which was offered by GOP Rep. Tony Gonzales of Texas, was rejected 218-209 along a mostly party-line vote. It aimed to provide Israel with emergency funding for Iron Dome and two other missile intercept systems.

“Even as Israel was under attack, liberals in Congress blocked sending emergency aid to Israel to buttress the Iron Dome system that was stopping the terrorist rocket attacks and saving countless lives,” AAN President Dan Conston told Fox News in a statement.

“It’s appalling that liberals in Congress sided with the radical left over additional funding to help keep Israel safe and secure,” he argued.

But the House Democratic re-election arm characterizes the Gonzales motion – which would have sent back to committee a larger U.S.. Capitol security funding bill that narrowly passed the chamber along party lines – as a “procedural gimmick.”

“Once again, a Republican dark money group is lying to the American people. Democrats voted for a bill that provides funding to the Capitol Police, the National Guard, and the DC Police. On the other hand, Republicans in Congress not only voted against keeping our country safe, but used a procedural gimmick to try to kill this critical funding and score political points,” Democratic Congressional Campaign Committee communications director Christopher Hayden told Fox News.

While there is uniform support for Israel’s ability to defend itself from attacks by Hamas among congressional Republicans, some progressive Democrats were anything but pleased with President Biden’s administration’s repeated assertations the past couple of weeks of Israel’s right to defend itself from the Hamas rocket attacks.

The president told reporters Friday that there has been “no shift” in his support for the Jewish state.