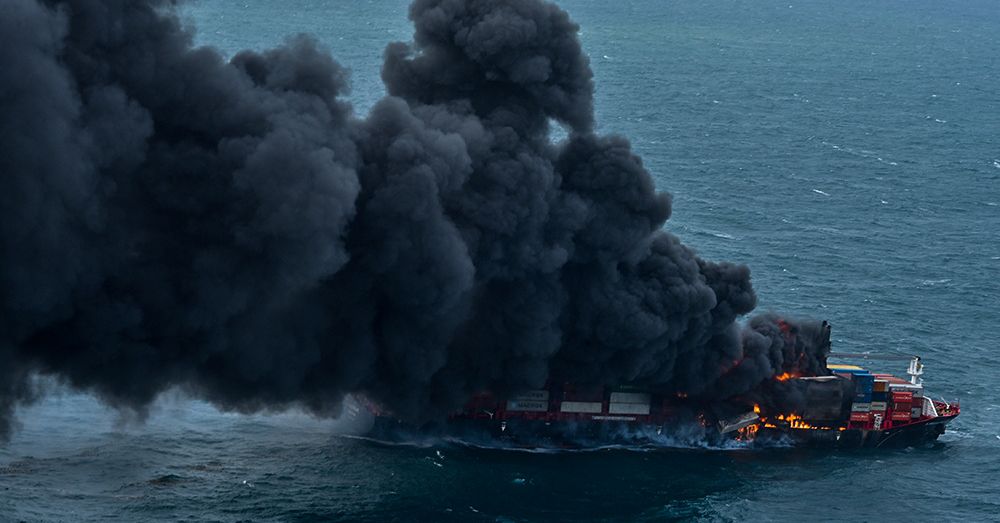 Rescuers have evacuated all crew from a container ship off the coast of Sri Lanka as a fire on board intensified and two people were injured, a spokesman for the Sri Lankan Navy said on Tuesday.

An explosion was reported from within the vessel, Navy spokesman Indika De Silva said, adding that an air force helicopter was using dry chemical powder to douse the fire.

The MV X-Press Pearl, a container ship sailing with a Singaporean flag and carrying cosmetics and chemicals including 25 tonnes of nitric acid, was anchored off Colombo when a container caught fire on Friday, officials said.

Smoke rises from a fire onboard the MV X-Press Pearl container ship off the Colombo Harbour, in Sri Lanka May 25, 2021. Sri Lanka Airforce Media/Handout via REUTERS

The vessel had left the Hazira port in India on May 15 and was on its way to Singapore via Colombo.

Sri Lankan authorities said experts from the Netherlands and Belgium were surveying the ship, while neighbour India had promised to send vessels and an aircraft to help fight the fire.