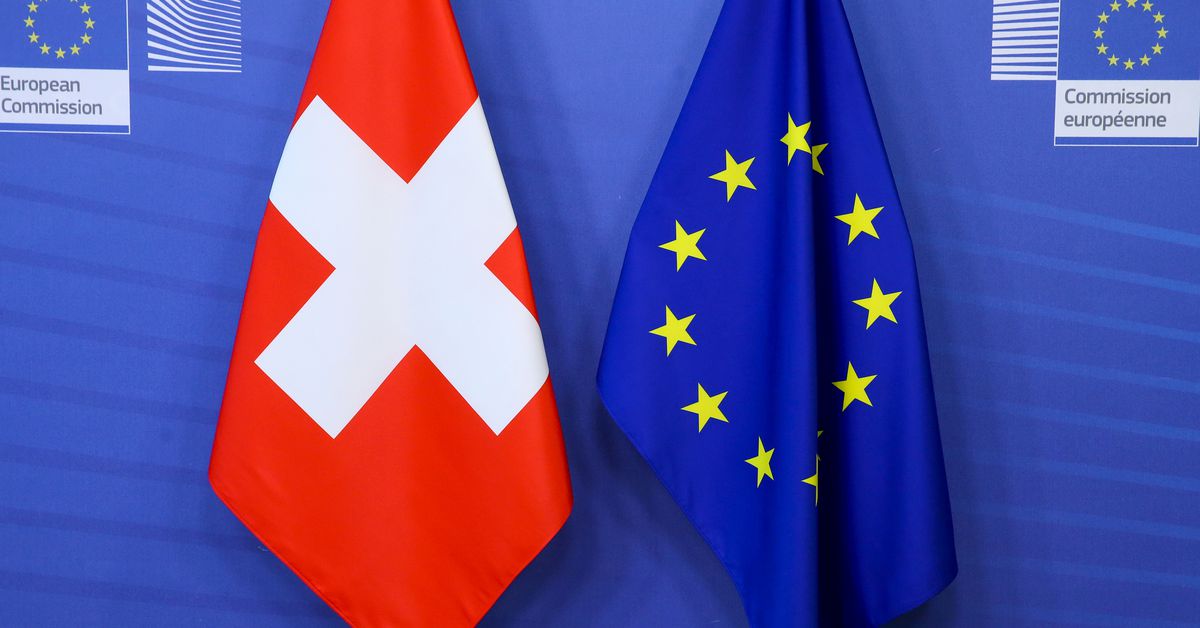 Years of talks to bind Switzerland more closely to the European Union’s single market collapsed on Wednesday when the Swiss government ditched a draft 2018 treaty cementing ties with its biggest trading partner.

Faced with stiff domestic opposition to the pact, the cabinet said it would break off talks and try to turn the page with the bloc, which surrounds landlocked Switzerland.

“We are opening a new chapter in our relations, hopefully a fruitful one,” President Guy Parmelin told a news conference.

Brussels has been pushing for a decade for a treaty that would sit atop a patchwork of bilateral accords and have the Swiss routinely adopt changes to single market rules. It would also have provided a more effective way to resolve disputes.

“Without this agreement, this modernisation of our relationship will not be possible and our bilateral agreements will inevitably age,” the European Commission said. read more

Bern said substantial differences remained on key aspects of the agreement – including on the free movement of people, EU citizens’ access to Swiss social benefits, and state aid. read more

“The Federal Council (government) today took the decision not to sign the agreement, and communicated this decision to the EU. This brings the negotiations on the draft of the InstA (treaty) to a close,” it said.

EU-Swiss economic ties are now governed by more than 100 bilateral agreements stretching back to 1972. They remain in effect.

But walking away from a deal could over time disrupt and ultimately jeopardise Switzerland’s de facto membership in the EU common market which — unlike Britain which made an unruly exit from the bloc — Bern is keen to maintain.

Failure to clinch the treaty blocks Switzerland from any new access to the single market, such as an electricity union or health cooperation.

Existing accords will also erode over time, as in the case of an agreement on seamless cross-border trade in medical technology products that lapsed this week.

Swiss officials said they would ask parliament to unblock 1.3 billion Swiss francs ($1.45 billion) in “cohesion payments” to EU members that were frozen in a 2019 row over mutual recognition of stock market rules.

Parmelin said it was pointless to try to estimate the potential economic costs of the failed treaty deal.

Foreign Minister Ignazio Cassis conceded there would be disadvantages for Switzerland, but said erosion of the existing bilateral accords would happen slowly.

“That gives us time to react with mitigation measures,” he said.