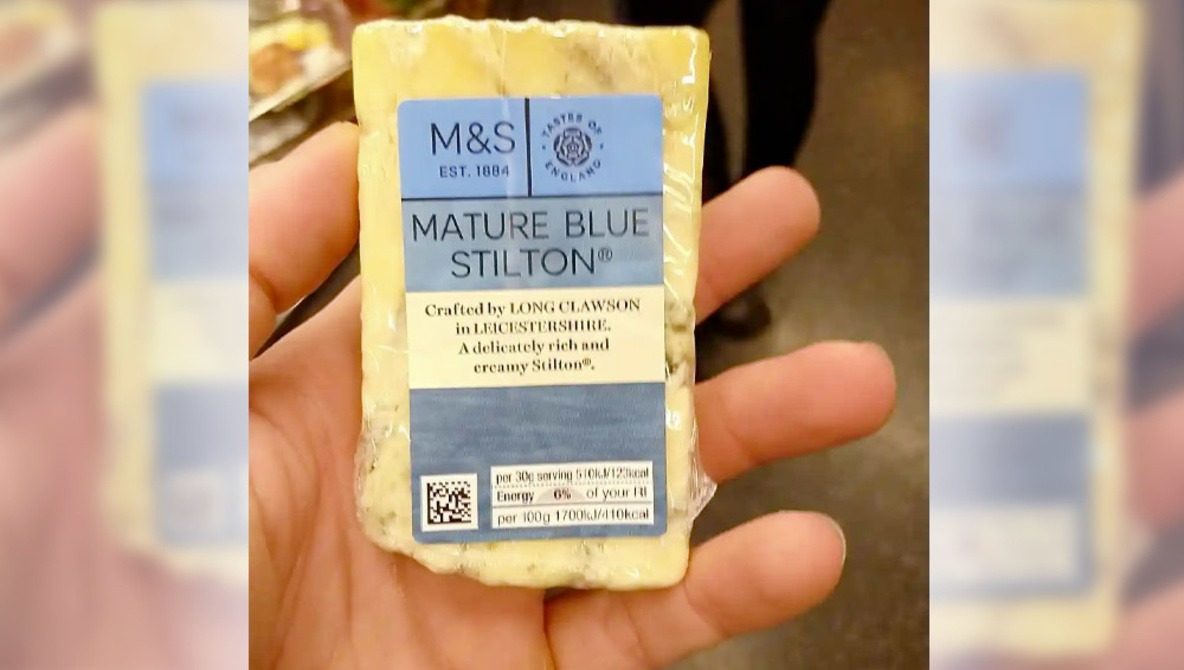 A notorious drug dealer in the U.K. has just been sentenced to 13 years in jail after he shared a photo of a block of Mature Blue Stilton online.Carl Stewart, 39, of Liverpool, had been wanted by Merseyside Police for conspiracy to supply cocaine, MDMA, heroin, and ketamine, having used an encrypted chat service to communicate with his customers. Using the name “Toffeeforce,” Stewart used EncroChat, a communications network preferred by criminals that was closed last year after it was infiltrated by police.Stewart’s conviction came after he took a photograph of himself holding a piece of cheese in Marks and Spencers and shared it via the EncroChat network. After matching the image of his palm and fingerprints, officers were able to use the image to prove that Toffeeforce was Stewart, leading to a prison sentence of 13 years and 6 months for supplying large quantities of class A and B drugs.JAILED | A man identified through a picture of a block of cheese is the latest to be jailed as part of #OpVenetic. Carl Stewart, 39, was sentenced to 13 & a half yrs in prison after pleading guilty to conspiracy to supply class A and B drugs. Read more 👉https://t.co/Mh9DrsxAR4 pic.twitter.com/2nNZpFdXK7— Merseyside Police (@MerseyPolice) May 21, 2021
It’s not clear why Stewart chose to share the photo of a block of mature blue stilton from Marks and Spencer, though it’s possible that he really likes cheese. For police, the feta-accompli was too Gouda be true and Stewart — who doesn’t give Edam — is now Brie-hind bars.
Sorgente articolo:
This Drug Dealer Got Caught Because He Photographed Some Cheese – Fstoppers