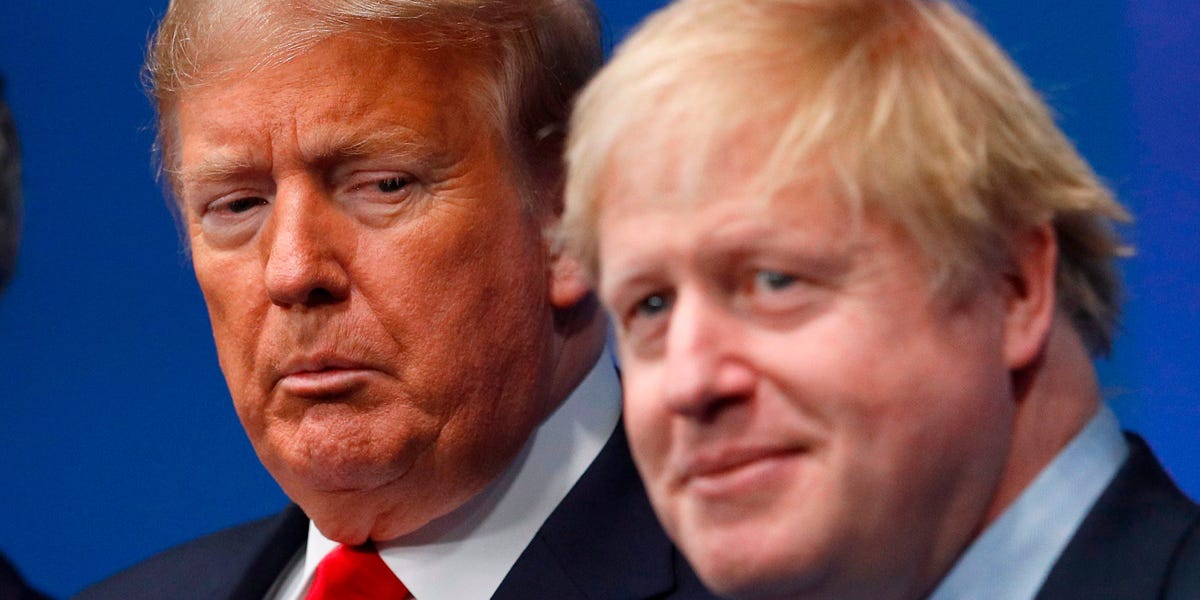 Former President Donald Trump “derailed” the UK government’s coronavirus planning at a crucial moment in March last year after he asked the UK to “join a bombing campaign in the Middle East,” members of the UK parliament have been told.

Dominic Cummings, the former chief advisor to Prime Minister Boris Johnson, said that ministers and key aides had been forced to delay COVID-19 meetings on a key day in March after “national security people ” arrived in Downing Street and announced that “Trump wants us to join a bombing campaign in the Middle East tonight.”

Cummings, who left Downing Street after an acrimonious fallout with the prime minister, recounted the day during evidence to the Science and Technology Committee as it reviews the UK’s coronavirus response.

The prime minister had been scheduled on March 12 to convene in the Cabinet Office Briefing Rooms, the government’s emergency response committee known as COBRA, to discuss potential measures to try and contain the coronavirus, which was in the early stages of spreading across the country, he said.

Cummings added: “So everything to do with COBRA that day on COVID was completely disrupted because you had these two parallel sets of meetings. You had the national security people running in and out, talking about, are we going to bomb the Middle East? And we had the COVID meeting being delayed, trying to figure out, are we going to do household quarantine?”

Cummings said Trump on March 12 wanted the UK to join a bombing campaign in Iraq, but the UK government declined to participate. The Pentagon on March 12 confirmed that the US carried out airstrikes on weapons facilities run by an Iranian-backed militia after a rocket attack killed two US soldiers and one British soldier near Baghdad.

Eventually, Johnson would announce on March 15 that people should practice social distancing, but he would later be criticized for failing to introduce stricter measures, including the cancellation of mass sports events and the closure of pubs and restaurants.

Cummings said that key aides and scientific advisors gradually realized that the government’s “plan A” would result in up to 500,000 deaths, forcing them to change approach later in March and introduce a national lockdown.

The UK has one of the highest coronavirus death tolls per capita in the world, with more than 125,000 having died within 28 days of a positive COVID-19 test, according to government figures.