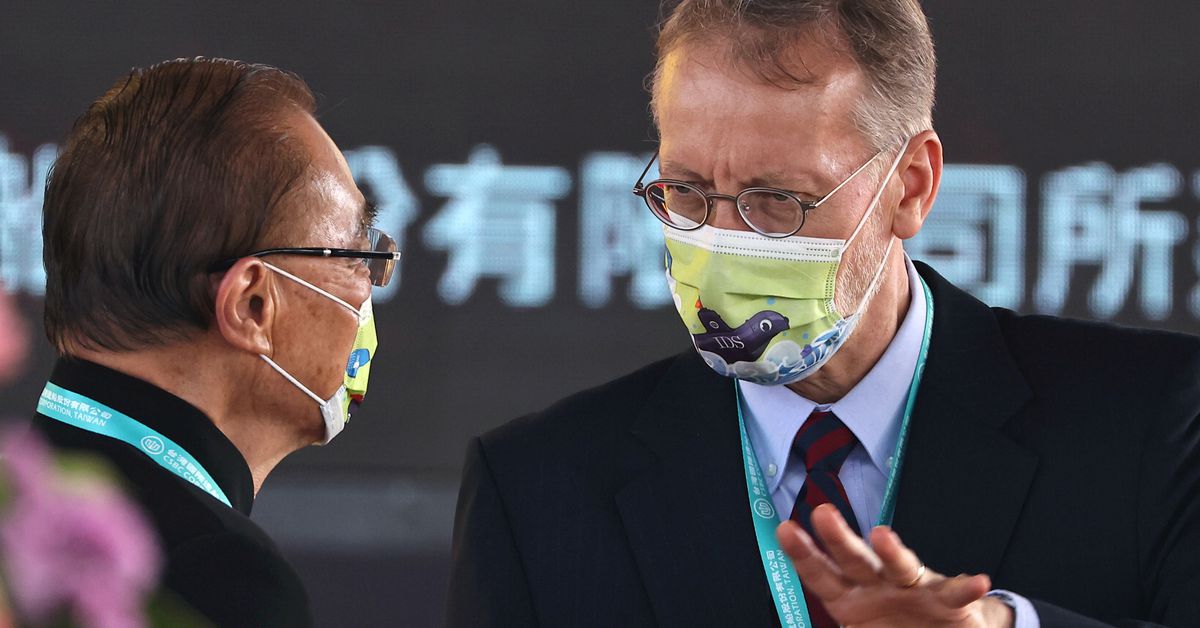 The top U.S. diplomat in Taiwan on Wednesday signalled Washington was in no hurry to send COVID-19 vaccines to the island, noting its infection numbers remained comparatively low, although he said talks were continuing on the issue.

After months of relative safety, Taiwan is battling a surge in domestic COVID-19 cases, but has only vaccinated around 1% of its more than 23 million people. read more

Taiwan’s government says millions more vaccines are on the way, and last week the health minister spoke to his U.S. counterpart to ask for help after President Joe Biden said he would send at least 20 million more COVID-19 vaccine doses abroad by the end of June. read more

“We are very confident in the ability of Taiwan’s health authorities to contain the latest outbreak,” he said.

“I’d also point out that many of Taiwan’s neighbours in the region are also experiencing outbreaks and Taiwan’s infection numbers are still among the lowest in the world,” Christensen added.

Criteria for releasing U.S. vaccines were still being developed, but included the level of infection, the capacity of the healthcare system and the level of vaccination, he said.

“We know that Taiwan’s own vaccines will be available in coming months and I can assure everyone that we are engaging with Taiwan at all levels.”

Like most countries, the United States has no formal diplomatic ties with Chinese-claimed Taiwan, but is its strongest backer on the world stage and a major source of arms.

China has offered Taiwan vaccines, but the government has rejected the idea, saying Beijing has not provided adequate information about its shots and has in any case tried blocking Taiwan’s access to vaccines internationally. read more

Taiwan has ordered more than 20 million vaccines from AstraZeneca Plc (AZN.L) and Moderna Inc (MRNA.O) as well as developing its own shots. So far only a little more than 700,000 AstraZeneca doses have arrived.

China’s Taiwan Affairs Office said Taiwan was using “many different excuses” to block its people from getting vaccines from China.

“This is the biggest political obstacle for Taiwan compatriots to extract themselves from the epidemic as soon as possible,” spokeswoman Zhu Fenglian told reporters in Beijing.

Referring to China, Christensen said lately the threats against Taiwan had felt relentless, and pulled out a pineapple to place on his desk, a reference to Beijing’s decision in February to ban imports from the island of the fruit.

“I think we can all remember a recent example of Taiwan demonstrating its resolve and unity in the face of bullying. Bullying quickly backfired.”