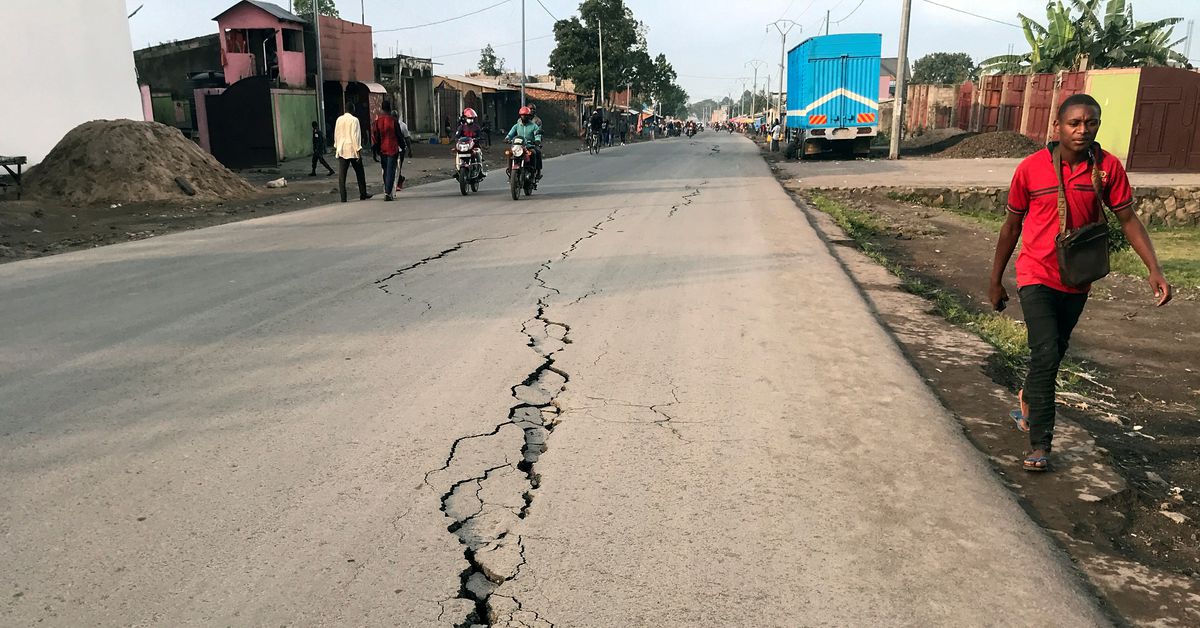 More than 20,000 people are homeless and 40 still missing in the aftermath of a volcanic eruption in eastern Congo that killed dozens and continues to cause strong earthquakes in the nearby city of Goma, the United Nations said on Wednesday.

Saturday’s eruption sent rivers of lava streaming down the hillside from Mount Nyiragongo, destroying hundreds of homes and forcing thousands to flee, but stopped 300 metres short of Goma airport, the main hub for aid operations in the east of Congo.

The ash cloud caused by the eruption has closed down airports in Goma and Bukavu, and is likely to cause respiratory diseases, the U.N. Office for Coordination of Humanitarian Affairs (OCHA) said in a statement.

People who fled their homes have lost valuable possessions including motorcycles that were either consumed by the lava flow or looted, OCHA said.

More than 200 small and medium earthquakes have since caused cracks in buildings and streets in Goma, just 15 km (9 miles) from Nyiragongo. No deaths have so far been reported, but the cracks have caused panic among residents unsure if the danger has passed.

“Yesterday it was very small, here it is just opposite my house, but today it has widened,” said Susanne Bigakura, 65. “It’s scary. We fear it can collapse and our children can fall in.”

“It scares me because those who saw the 2002 eruption told us that where a crack passes, it will be catastrophic. Now, when we see a fissure after a recent eruption, I’m worried that we are in danger,” said Valentin Kikuni, a welder.

A 1.7 km (1 mile) river of lava that blocked the main road north from Goma is still too hot to be removed, OCHA said, preventing trade and aid deliveries to one of the most food insecure places in Africa.

However, some work has begun on restoring the road, according to images on the government’s Twitter feed.