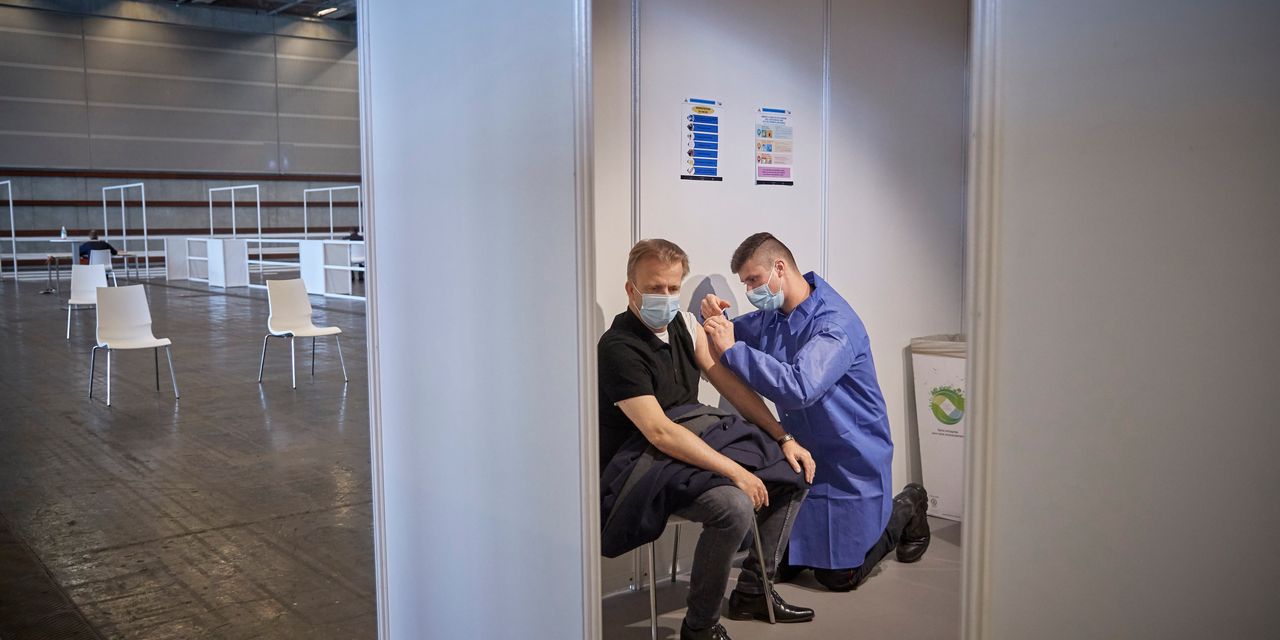 PARIS—French counterintelligence authorities are investigating whether the Russian government was behind an attempt to pay high-profile health and science bloggers to sow public doubts about the safety of the Pfizer-BioNTech coronavirus vaccine, a French security official said.

Several French bloggers said publicly they received emails in recent days from a person claiming to work for a marketing firm called Fazze. The emails, some of which were reviewed by The Wall Street Journal, offered to pay the bloggers to make videos on YouTube, Instagram and other platforms criticizing the vaccine developed by Pfizer Inc. and BioNTech SE, which has been the most widely used vaccine in France. One blogger told French TV he was offered €2,050 (about $2,500) for a video.

The security official said counterintelligence authorities suspect the Kremlin could be responsible for the emails. The official compared the emails to campaigns run by the Internet Research Agency, a Russian firm that U.S. authorities have identified as responsible for Moscow’s effort to interfere in the 2016 U.S. presidential election. Western officials have said these operations are an attempt by the Kremlin to undermine public confidence in Western institutions.

The Kremlin didn’t respond to a request for comment. It has previously dismissed accusations that Russia was using disinformation campaigns against Western vaccines and has denied interfering in the U.S. election.

Fazze listed an address in London on its website, which was taken down Tuesday. Fazze isn’t registered as a U.K. company. A post on a Russian employment website describes it as a subsidiary of AdNow, a Moscow-based marketing agency. AdNow didn’t respond to a request for comment. The LinkedIn accounts of Fazze employees, now deleted, show many have been educated in Russian schools, such as Siberian Transport University.

Skepticism of vaccines runs higher in France than in many other Western countries. Polls conducted before France’s vaccination campaign began in late December showed that as much as 60% of the public didn’t want to get vaccinated against the coronavirus. Those fears centered on the speed with which the vaccines were developed and the fact that some, such as the Pfizer vaccine, used new technology that hadn’t yet been deployed outside of clinical trials.

Hesitancy has declined as more people have been vaccinated, with around 40% of the population having received at least one dose. Still, France lags behind other European countries in vaccinating older people—75% of people over 80 are vaccinated compared with 100% in countries such as Spain, Ireland and Denmark.

Fazze asked the bloggers to advance false claims that the death rate among people receiving the Pfizer vaccine is three times higher than those receiving the AstraZeneca PLC vaccine.

Drug regulators in Europe have said that the AstraZeneca vaccine in rare cases produces a blood-clotting disorder that is sometimes fatal. Regulators haven’t identified any such disorders produced by the Pfizer vaccine. AstraZeneca didn’t immediately respond to request for comment. A Pfizer spokeswoman said antivaccine sentiment and misinformation are on the rise, particularly on social media. “We ask that the public carefully consider where they are sourcing information from, and examine the credibility of those sources,” she said.

Léo Grasset —a French science blogger whose YouTube account, Dirty Biology, has 1.2 million subscribers—said he received emails from a Fazze employee named Anton, who sent him a list of talking points written in broken English.

“Put a question like ’Why some governments actively purchasing Pfizer vaccine, which is dangerous to health of the people,’’’ one email said.

Mr. Grasset replied to the message, asking who was sponsoring the campaign.

The talking points forwarded by Fazze are similar to those disseminated by Russia on the official Twitter account for Sputnik V, the coronavirus vaccine developed by the Russian government. On April 23, the account said it had conducted a study showing Pfizer-BioNTech recipients died more frequently than those who received AstraZeneca.

“Sputnik V unequivocally condemns any unethical activities aimed at undermining other vaccines as well as the global vaccination effort,” the vaccine’s developers said.

Write to Matthew Dalton at Matthew.Dalton@wsj.com