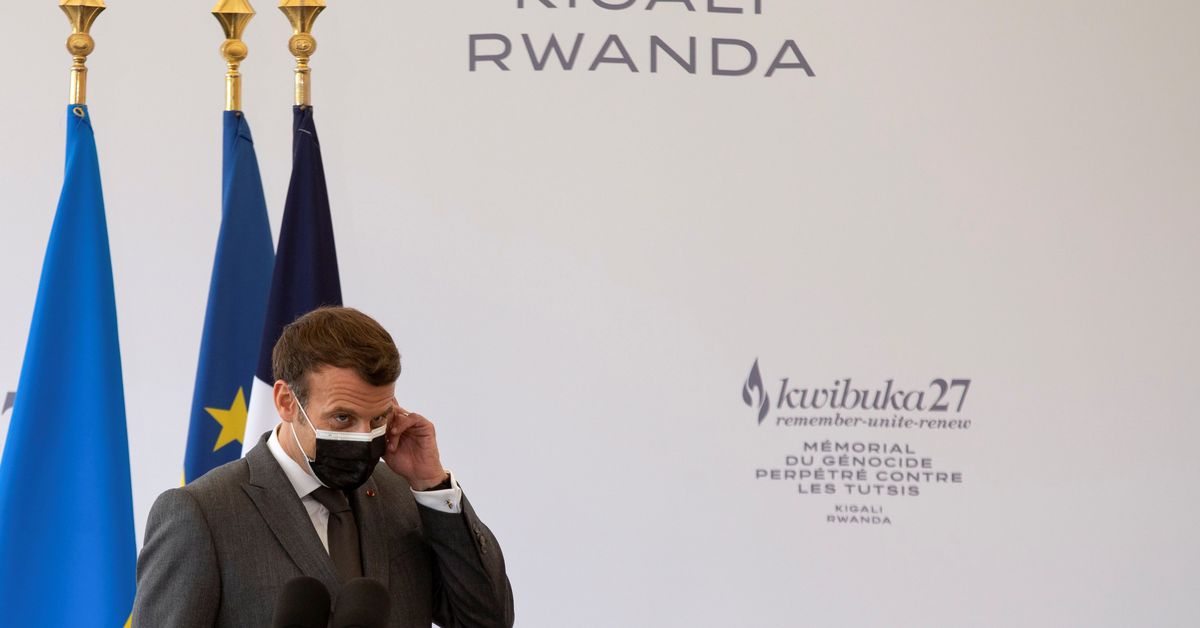 French President Emmanuel Macron said he recognised his country’s role in Rwanda’s genocide and hoped for forgiveness at a memorial in Kigali on Thursday, seeking to reset relations after years of Rwandan accusations that France was complicit in the 1994 atrocities.

“Only those who went through that night can perhaps forgive, and in doing so give the gift of forgiveness,” Macron said at the Gisozi genocide memorial in Kigali, where more than 250,000 victims are buried.

“I hereby humbly and with respect stand by your side today, I come to recognise the extent of our responsibilities.”

The visit follows the release in March of a report by a French inquiry panel that said a colonial attitude had blinded French officials and the government bore a “serious and overwhelming” responsibility for not foreseeing the slaughter.

However, the report absolved France of direct complicity in the killings of more than 800,000 Tutsis and moderate Hutus – a point Macron also made in his speech.

“The killers who stalked the swamps, the hills, the churches, did not have the face of France. France was not an accomplice,” Macron said.

“I think that speech was a very strong speech because he asked for forgiveness in a subtle manner but in a strong manner. It was subtle but substantively strong,” said Jean Paul Kimonyo, a former aide to Rwandan President Paul Kagame.

Kagame, who has previously said France participated in the genocide, said last week that the report “meant a lot” to Rwandans.

Rwandans could “maybe not forget, but forgive,” France for its role, said Kagame, a Tutsi and the main power in Rwandan politics since his rebel army ended the killings by death squads loyal to the Hutu-led government. read more

Macron, who has pointedly tried to distance France from its colonial past, agreed in April to open the Rwanda archives of former president Francois Mitterrand, who was in charge during the genocide. read more

Shortly afterwards Rwanda released its own report that found France was aware a genocide was being prepared and bore responsibility for enabling it, continuing in its unwavering support for Rwanda’s then president, Juvenal Habyarimana. read more

It was the shooting down of Habyarimana’s plane, killing the president, that unleashed the 100-day frenzy of killings.

“French officials armed, advised, trained, equipped, and protected the Rwandan government,” the report concluded, adding that France covered up its role for years.

On Friday, the Elysee Palace said Macron would name a new ambassador to Rwanda, the first accredited French envoy since 2015.

The streets of Kigali were quiet on Thursday, with none of the banners or flags that usually accompany a high-level visit.

The last visit by a French leader to Rwanda was in 2010.

From Rwanda, Macron will travel to South Africa, where he will meet President Cyril Ramaphosa to discuss COVID-19 and regional crises, including one in Mozambique (TOTF.PA).