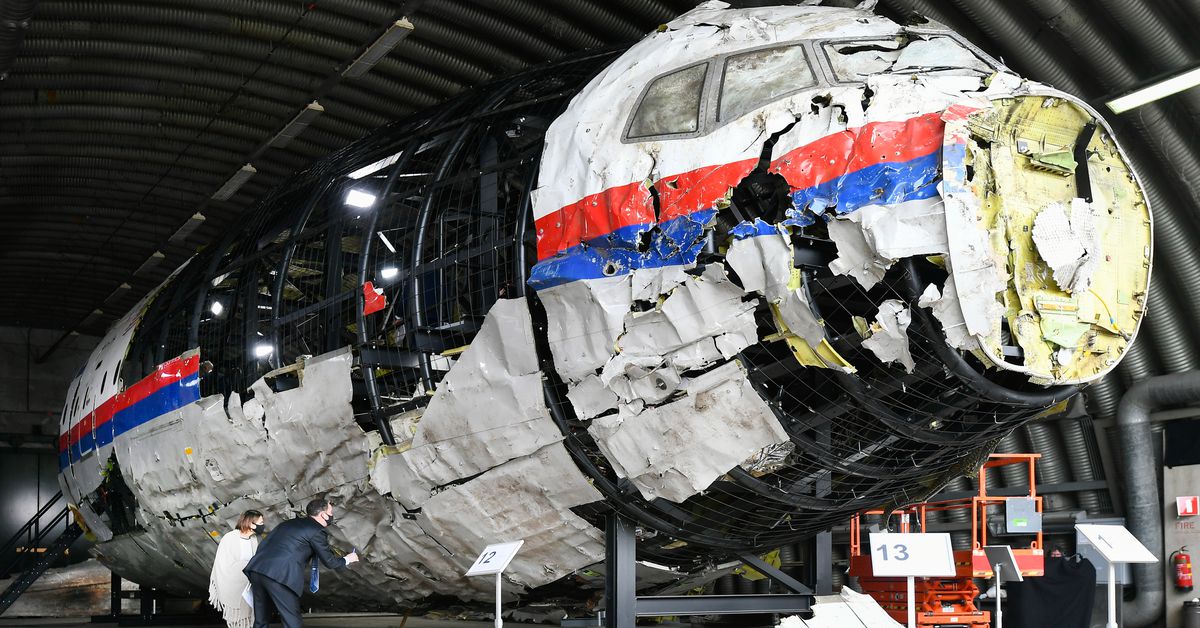 Judges overseeing the murder trial of four suspects in the 2014 downing of Malaysia Airlines flight MH17 over rebel-held eastern Ukraine viewed the wreckage of the plane on Wednesday, two weeks before prosecutors are due to present their case.

MH17 was flying from Amsterdam to Kuala Lumpur when it was hit with a missile fired from territory held by pro-Russian rebels during fighting with Ukrainian government troops, international investigators have concluded. All 298 people on board were killed, two thirds of them Dutch nationals.

The Netherlands, citing the use of a Russian missile launcher brought from a Russian military base, holds Moscow responsible for the deaths. Russian denies involvement.

So far, the trial hearings, which began in March 2020, have been taken up by procedural issues, with no evidence heard or witnesses called. On June 7, prosecutors are due to make their opening statements in the case.

They have brought charges against three Russians and a Ukrainian, all of them at large, accused of playing a part in shooting down the aircraft.

The remains of the plane were recovered from the crash site and reconstructed in a hangar at an air base in the Netherlands, where they were viewed by judges, lawyers, prosecutors and relatives of the victims.

Arlette Schijns, a lawyer representing the families, stressed the importance of giving the court a first-hand impression of the extensive damage.

“We cannot get closer to the death of the 298 victims than this,” she said.

Presiding Judge Hendrik Steenhuis said before viewing the wreckage: “This is a reconstruction of the aircraft in which their loved ones were travelling to a destination which they never reached.”

The defendants – Russians Sergey Dubinsky, Oleg Pulatov and Igor Girkin and Ukrainian Leonid Kharchenko – have not attended the hearings so far. Pulatov is the only one who has appointed a defence team, with the others being tried in absentia.

Through his lawyer, Pulatov has denied any involvement.

Under Dutch law, the defendants are not required to enter a plea.

Sorgente articolo:
MH17 aircraft wreckage viewed by judges ahead of next phase of trial – Reuters