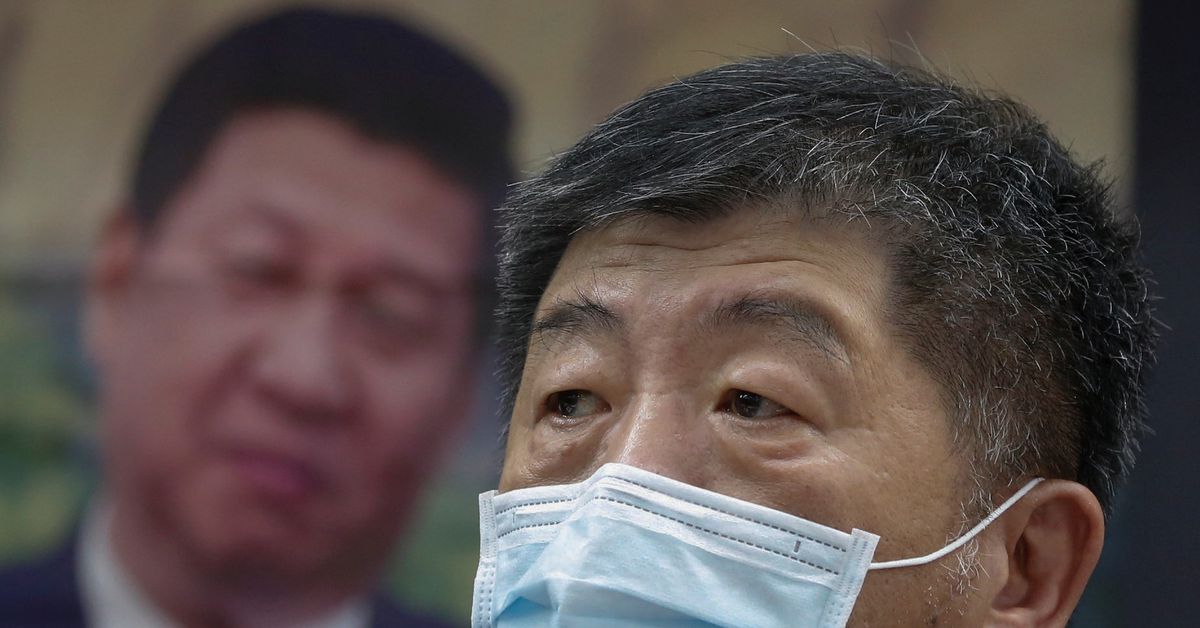 Taiwan Health Minister Chen Shih-chung holds a news conference about Taiwan’s efforts to get into the World Health Organization in Taipei, Taiwan, May 15, 2020. REUTERS/Ann Wang

Germany’s BioNTech asked Taiwan to remove the word “country” from theirplanned joint announcement on a COVID-19 vaccine sale to the island, its health minister said, as he outlined the collapse of the deal which Taipei blames on China.

Taiwan and China are engaged in an escalating war of words after Beijing separately offered shots to the Chinese-claimed island via Shanghai Fosun Pharmaceutical Group Co Ltd (600196.SS), which has a contract to sell them in Greater China.

Taiwan however has preferred to deal with BioNTech direct.

Taiwan Health Minister Chen Shih-chung told a daily news briefing the government had signed and sent back a “final contract” agreed with BioNTech (22UAy.DE) after months of negotiations, and the two sides were on the verge of issuing a press release on Jan. 8.

But four hours later “BioNTech suddenly sent a letter, saying they strongly recommend us to change the word ‘our country’ in the Chinese version of the press release,” Chen said.

The government agreed to tweak the wording to “Taiwan” on the same day, he added.

A week later, Chen said, his government was informed by BioNTech the completion of the deal will be delayed due to a “revaluation of global vaccine supply and adjusted timelines”.

“It’s crystal clear to me that the contract was finalised,” he added.

“There’s no problem within the contract. The problem was something outside of the contract,” he said, without elaborating.

China considers Taiwan its own territory and strongly objects to any references that imply Taiwan is a separate country.

The German company, which sells its vaccine in partnership with Pfizer Inc (PFE.N), declined to comment on Tsai’s remarks. read more

Taiwan’s medical system is coming under increasing strain due to a spike in domestic infections with only about 1% of the population of more than 23 million vaccinated.

In a piece of good news for Taiwan, the government said the first 150,000 shots out of more than 5 million ordered from Moderna Inc (MRNA.O) would arrive on the island on Friday.

China has repeatedly said its vaccine offer via BioNTech’s Chinese sales agent Fosun is genuine and Taiwan should not put up political roadblocks, nor try and skirt Fosun.

Taiwan does not believe China is sincere in offering it vaccines and thinks Beijing is launching a “political warfare” against the island, officials briefed on the matter told Reuters. read more

It has reported 6,761 infections since the pandemic began, including 59 deaths.