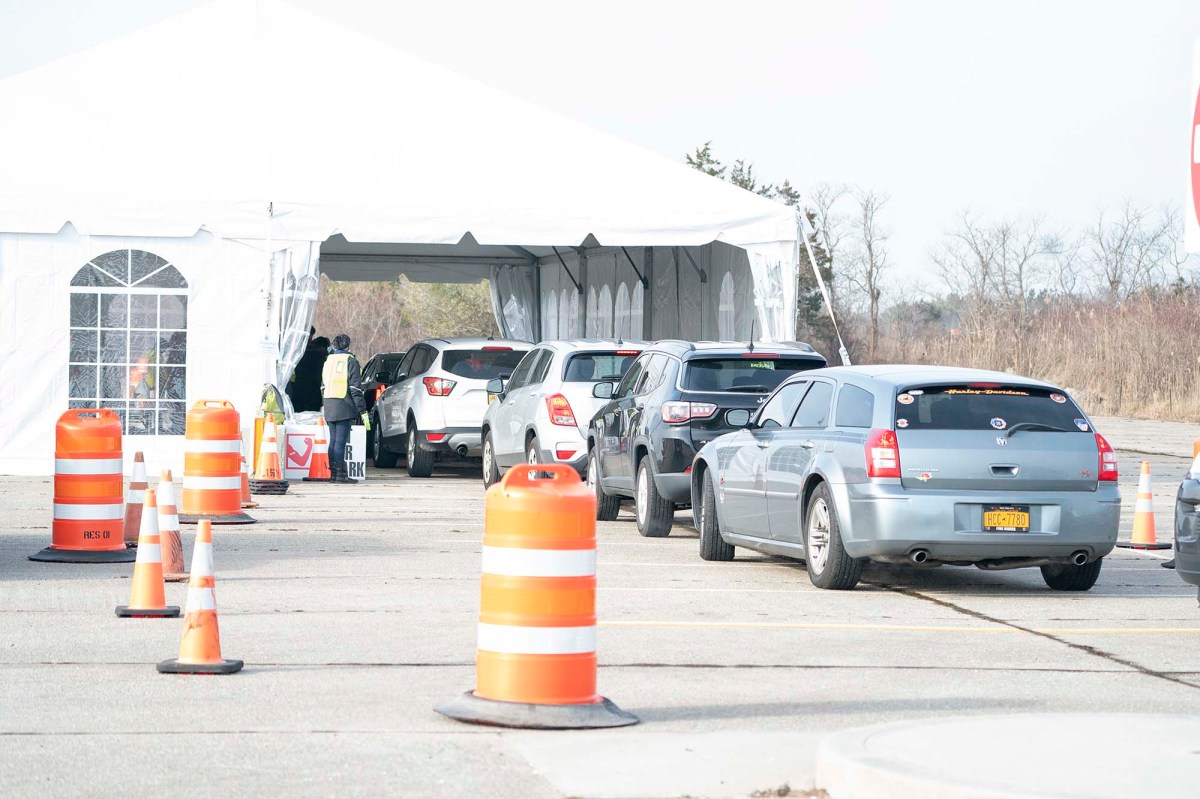 A Tennessee woman behind the wheel of an SUV allegedly sped through a COVID-19 vaccination tent this week — buzzing more than a dozen workers as the driver yelled “no vaccine,” according to reports.

Virginia Christine Lewis Brown, 36, was slapped with seven felony counts of reckless endangerment in what police said was a vaccine protest, WBIR reported.

Brown on Monday allegedly sped through a cone course directing traffic in the Foothills Mall in Maryville, then through a tent with 15 health and National Guard workers — who heard her yell as she zoomed by them, a Blount County sheriff’s deputy wrote in a report.

“I was advised that they were within inches and feet of the vehicle as it came through the tent,” the incident report said, according to The Daily Times.

“Several victims stated that they thought the driver was going to kill them.”

The deputy had been stationed at the vaccine site and witnessed the vehicle speeding, according to WBIR.

When the deputy arrested Brown, she allegedly said she was protesting the vaccine but claimed she had only been doing 5 mph in her Chrysler, The Times said.

“While traveling to the jail, Ms. Brown made several statements about wanting to protest the vaccine,” the deputy’s report said, according to the outlet.

“Ms. Brown stated she was driving through the course and, once she got to the tent, she told the personnel there working she was not there for the vaccine.”