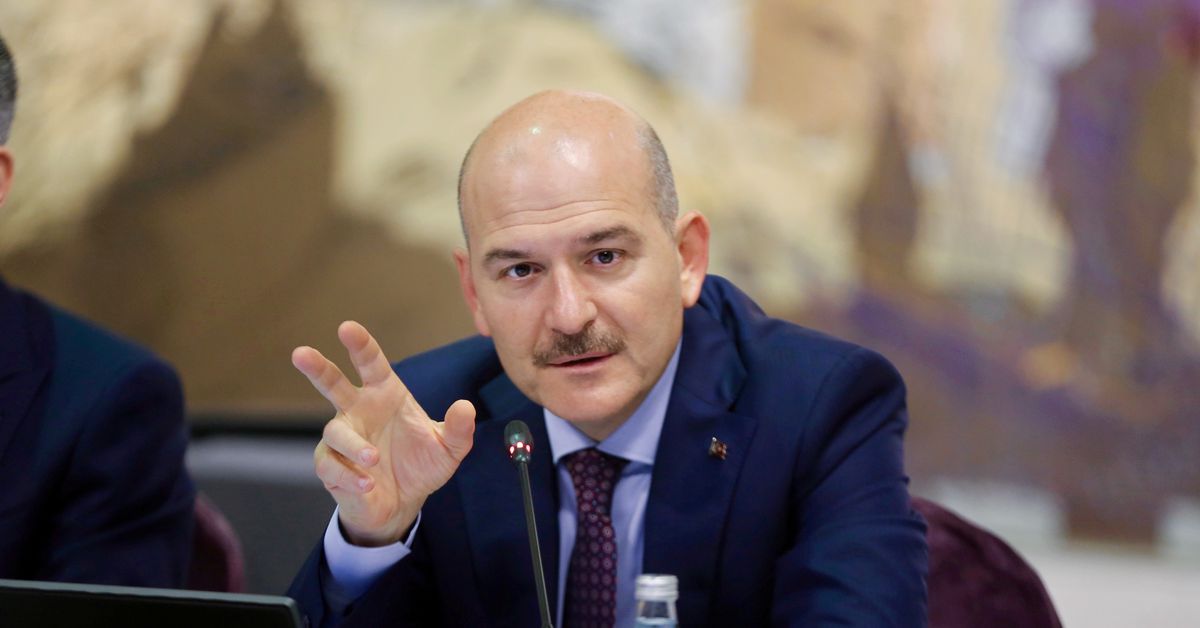 When Sedat Peker, a convicted Turkish mob boss, began posting videos on social media earlier this month in which he made uncorroborated claims of corruption, murder and drug running against top politicians, millions of Turks tuned in to watch.

Among them was Can Gumusbas, a digital marketing specialist who has been following the Peker videos on his laptop at home. The 27-year-old believes prosecutors should open an investigation into the claims.

“If nothing is done, the idea of Turkey being a democratic state of law will become nonsensical,” he said.

Alara, a public relations specialist who declined to give her last name, has also been glued to her computer screen.

Like many viewers, she questioned the veracity of Peker’s allegations, but said one reason for people’s fascination was that the videos bypassed traditional media in Turkey, much of which is controlled by the state.

“It reflects the times that we are in, because you have a mafia boss who is live-streaming … and he can talk about various things, his own topics without any filters,” Alara, also 27, told Reuters.

The seven videos Peker has posted so far have been viewed more than 56 million times on YouTube.

Some Turks see them as an embarrassment for President Tayyip Erdogan’s government, which has ruled Turkey for nearly two decades and vaunted its success in breaking ties between the state and mafia.

Opposition parties have called for the resignation of Interior Minister Suleyman Soylu, the main target of Peker’s rambling monologues, in which he speaks from behind a desk in a mixture of street jargon and political rhetoric.

“You cannot handle this by going on screens and blathering,” said IYI Party leader Meral Aksener.

Soylu has rejected accusations against him, which include extending Peker’s police protection after he left jail and warning him of a crackdown on his organisation, calling them “disgusting lies” and a plot against the country.

Soylu filed a criminal complaint against Peker and said he was being targeted because of his fight against organised crime.

Asked in a televised interview why millions had watched the videos, Soylu snapped back that millions also watched child pornography.

Erdogan weighed into the issue on Wednesday and implied support for Soylu, telling parliament the government was chasing criminal gang members “no matter where in the world they run to.”

Peker, 49, rose to prominence in the 1990s as a mob figure and was sentenced to 14 years in prison in 2007 for crimes including forming and leading a criminal gang. He has served several sentences in Turkey and has said he is now in Dubai.

Reuters could not verify his current location.

For investigative journalist Gokcer Tahincioglu, Peker’s videos feel like “live reporting from inside the gang” and should be taken seriously.

“There is a confessor who is not anonymous and who wants to speak of his own accord. Why shouldn’t he be heard? He must be heard,” he told Reuters.

Galip Dalay, a fellow at the Robert Bosch Academy in Berlin, said the accusations could make life hard for Erdogan, who relies on cabinet members like Soylu to shore up support among nationalist allies in parliament.

“None of Erdogan’s options are easy.”