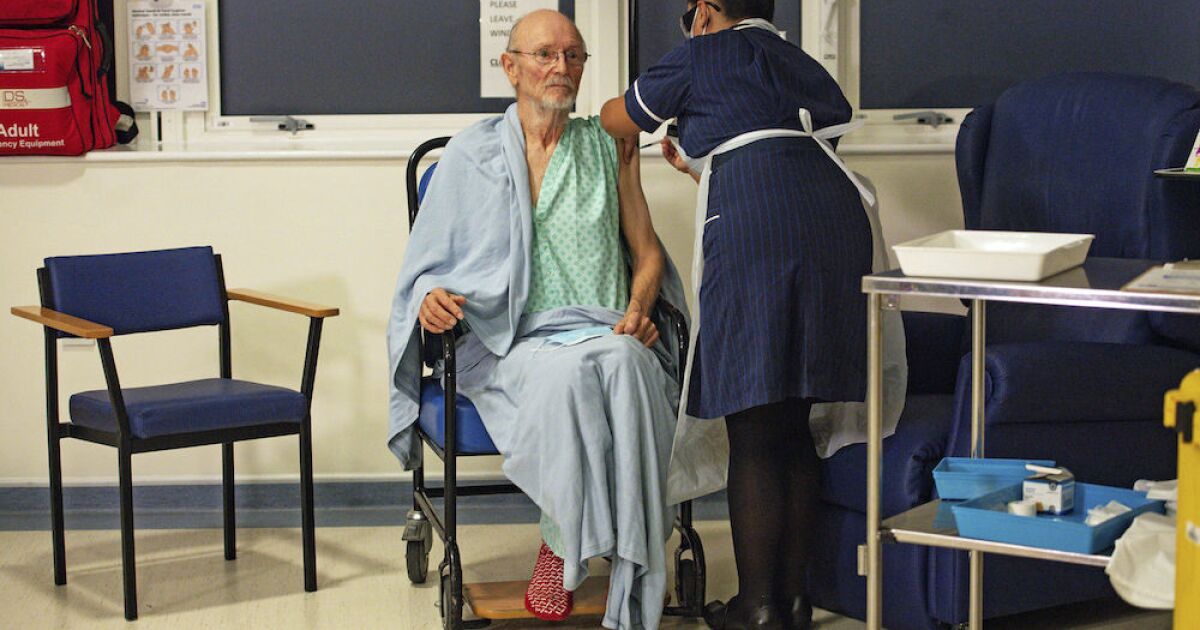 William ‘Bill’ Shakespeare, one of the first people in the U.K. to receive Pfizer’s COVID-19 vaccine upon its emergency approval, has died of a stroke, the country’s National Health Service confirmed to the BBC.

“Greatly saddened and upset to hear our friend, the very lovely Bill Shakespeare, has passed away,” Innes tweeted, according to USA Today. “Bill will be remembered for many things, including a taste for mischief. He became an international sensation as the first man to receive a COVID vaccine.”

Shakespeare, 81, was the second person to get a Pfizer shot in England on Dec. 8. He was second in line at University Hospital in Coventry, England on Dec. 8 when vaccine distribution opened to the general public. According to the BBC, Shakespeare was a patient in the hospital’s “frailty ward” at the time of his vaccination.

A few days after England began public vaccinations, the U.S. formally approved the Pfizer vaccine for emergency use.

“It could make a difference to our lives from now on, couldn’t it?” Shakespeare said at the time, according to CBS News. “It’s started changing our lives and our lifestyle.”

Following his vaccination, Shakespeare’s famous name prompted the New York Post to run the headline “TAMING OF THE FLU” — a play on the famous Shakespeare play “The Taming of the Shrew.”

According to the BBC, Shakespeare leaves behind his wife of 53 years, two sons and several grandchildren.

We’re sorry to hear of the death of Coventry Labour stalwart Bill Shakespeare. Bill made global headlines as 1st first man to have Covid vaccine. His decades of service to the party were recently recognised by @Keir_Starmer. Our thoughts are with Joy and Bill’s family & friends. pic.twitter.com/ANCTeGFYEs

Sorgente articolo:
William Shakespeare, one of the first to get the COVID-19 vaccine, dies of a stroke in England – The Denver Channel