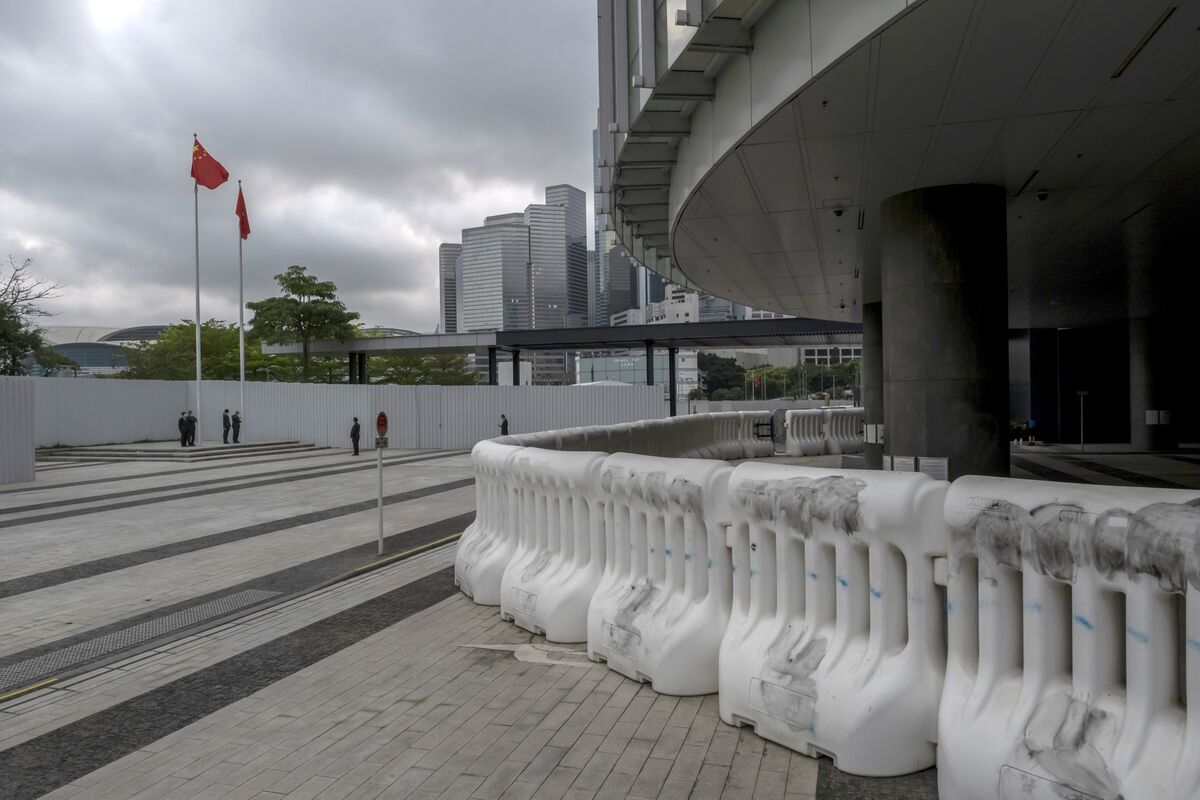 Hong Kong’s legislature approved a sweeping, Beijing-drafted overhaul of the city’s elections, dramatically curtailing the opposition’s ability to participate in government on the same day that authorities banned a massive pro-democracy vigil.

The Legislative Council voted 40-2 to
approve measures Thursday creating a review committee to vet candidates for elected office and ensure they’re “patriots.” All candidates must also be approved by national security officials in the Hong Kong police force to determine whether they can be trusted to uphold local laws and “respect” the ruling Communist Party.

The bill’s passage marks the culmination of Beijing’s efforts to take control of how the former British colony chooses its leaders, giving it a veto over candidates for office following historic and sometimes violent unrest in 2019. It
effectively ends China’s only experiment with open elections, a vestige of the democratic system implemented during last years of colonial rule.

Earlier Thursday, Hong Kong police
banned for a second straight year a pro-democracy group’s application to hold an annual candlelight vigil marking China’s 1989 crackdown in Tiananmen Square. The decision, which the government attributed the need to prevent the spread of the coronavirus, raised questions about the future of an event that has symbolized the continued right to freedom of expression under Hong Kong’s “one country, two systems” framework.

Alfred Wu, an associate professor who specializes in Hong Kong at the National University of Singapore’s Lee Kuan Yew School of Public Policy, said the twin milestones illustrate how Hong Kong’s political system is “moving much closer to the mainland.” “The Chinese system really emphasizes national security, and this is now evident in Hong Kong,” Wu said.

Chinese lawmakers
passed a proposal in March to overhaul how the city chooses its chief executive, and give a body dominated by pro-Beijing elites more power to nominate legislators. President Xi Jinping signed the order
implementing the changes, which the government defended as necessary to reduce polarization, curb the influence of “foreign forces” and let authorities focus on improving the economy.

Opposition activists have expressed skepticism about their ability to pass the “patriotism” test and the moderate Democratic Party hasn’t decided whether to run in elections planned for later this year. Hong Kong’s No. 2 official, Chief Secretary Matthew Cheung, disputed that the election law woluld limit opportunities for dissenting voices to participate in government.

“While safeguarding people’s right to stand for election, the amendments also plug loopholes in the system,” Cheung said in a statement to Bloomberg News. “In recent years, these loopholes have been exploited by radical elements intent on hijacking the political process in Hong Kong, disrupting the vital work of the government and sowing chaos in society.”

A spokesperson for the Hong Kong & Macau Affairs Office in Beijing
said in a statement that the overhaul would open a “new chapter of good governance” and return the city’s development “to the right track.”

Hong Kong’s opposition resigned en masse last year to protest Beijing’s crackdown, and many former lawmakers have since been jailed pending trial on criminal charges, leaving the election measure to pass with little debate. Cheng Chung-tai, a non-establishment lawmaker who didn’t resign, and Pierre Chan, who represents the medical sector, were the only two lawmakers to vote against the bill.

“Everything is about politics, and everything is about elections,” pro-establishment lawmaker Priscilla Leung said during legislative discussions Wednesday. Referring to opposition politicians who cheered on protesters, she added: “To ensure that power will not be given to the mutual destruction camp to create chaos in Hong Kong, the central authorities had to intervene.”

Other changes to Hong Kong’s election system include:

The U.S., the U.K., Japan and the European Union have condemned China’s efforts to roll back civil liberties in Hong Kong.

“This legislation defies the Basic Law’s clear acknowledgment that the ultimate objective is the election of all members of the LegCo by universal suffrage,” U.S. Secretary of State Antony Blinken said in a statement.  “We once again call on the PRC and the Hong Kong authorities to allow the voices of  all  Hong Kongers to be heard.”

The Hong Kong government blamed the decision to ban the Tiananmen vigil Thursday on the need to “strengthen epidemic control by guarding against the importation of cases and the resurgence of domestic infections.” The organizer of the event, the Hong Kong Alliance in Support of Patriotic Democratic Movements of China, said that it would appeal the decision and “fight for the right for a lawful vigil.”

Voting to choose representatives for the Election Committee’s various sectors is
set for Sept. 19. An election for new members of the Legislative Council will be held on Dec. 19 after a delay of what would be more than a year, a move officials said was necessary due to the pandemic. The poll for the first chief executive under the new rules is scheduled for March 27.

Lo Kin-hei, chairman of the main opposition Democratic Party, said it was “still too early” to say whether the group would field candidates.

“We don’t think it is a good way to pacify the Hong Kong people, so we don’t like to see this,” Lo said. “But this is what it is, this is happening now. We have to accept this as a fact.”

— With assistance by Alfred Liu, Iain Marlow, and Peter Martin