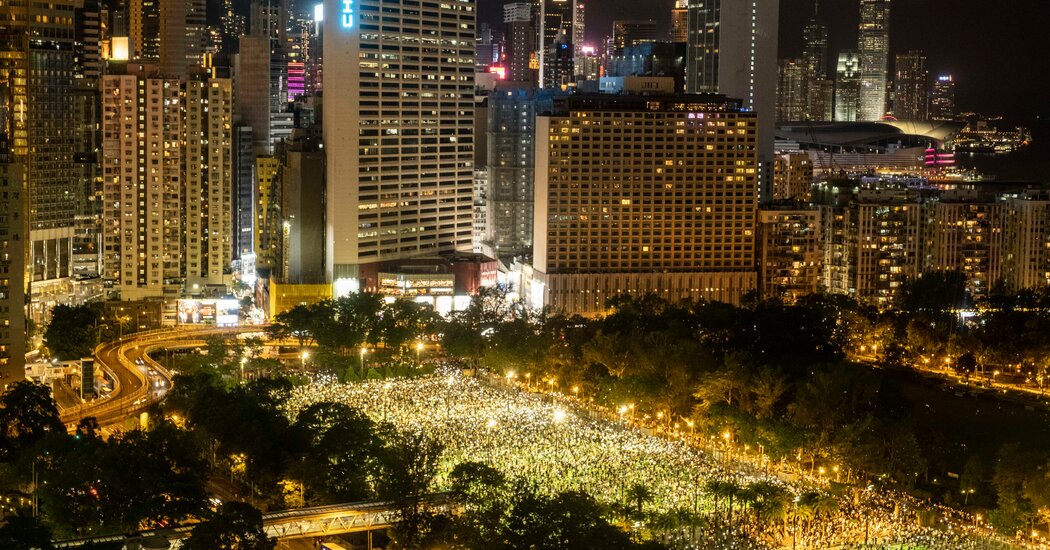 The Hong Kong police, citing the continuing threat of the coronavirus, rejected a request to hold a march and candlelight vigil to remember those killed in the 1989 crackdown on the Tiananmen protest, event organizers said on Thursday.

Pro-democracy activists said that they believe the authorities used the pandemic as a pretext to block the politically sensitive events, scheduled for May 30 and June 4, which are the only large-scale Tiananmen memorial observances held on Chinese soil. The organizers said that they would appeal the decision.

The police also blocked the march and vigil last year because of the pandemic. Thousands of people gathered anyway at Victoria Park on Hong Kong Island. Four activists, including Joshua Wong, were given prison sentences ranging from four months to 10 months for participating in the unauthorized assembly. Another 20 people are scheduled to appear in court on related charges next month.

Hong Kong has kept coronavirus cases relatively low, with just 24 infections reported over the past two weeks in the city of 7.5 million people. Public events including Art Basel and professional soccer matches have recently been held with some restrictions, such as reduced capacities, contact registration and required use of face masks.