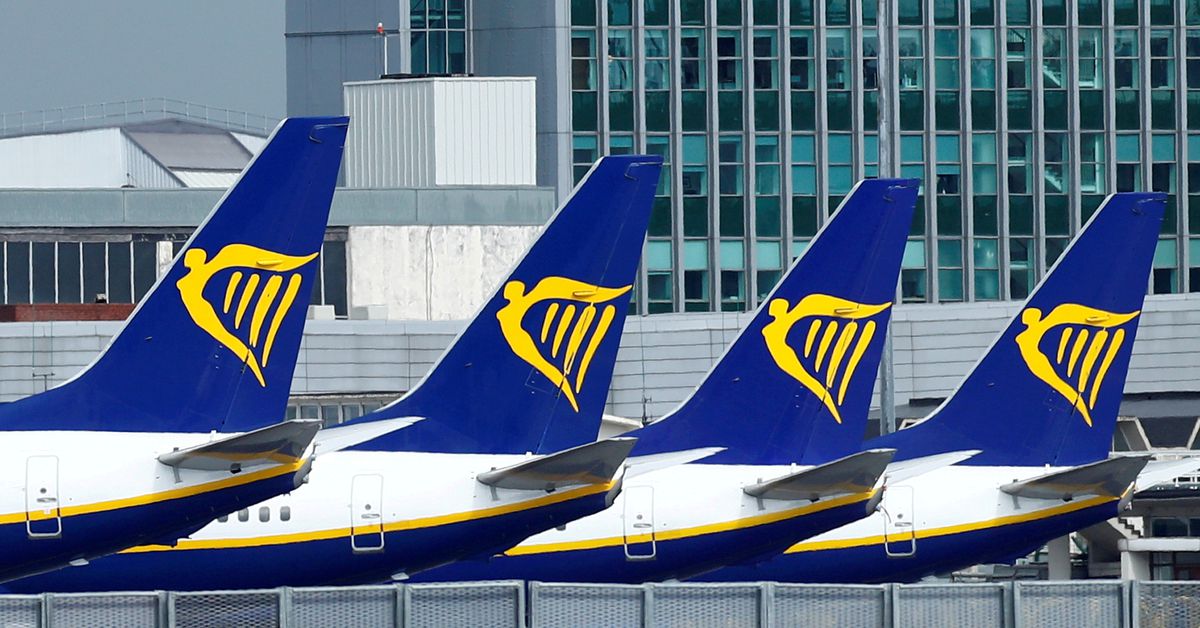 Ryanair planes are seen at Dublin Airport, following the outbreak of the coronavirus disease (COVID-19), Dublin, Ireland, May 1, 2020. REUTERS/Jason Cairnduff

Ireland will adopt the European Union’s COVID-19 certificate to help citizens to move more freely across the bloc from July 19 and broadly apply the same approach to arrivals from elsewhere, including the United States and Britain, it said on Friday.

Prime Minister Micheal Martin also confirmed that a gradual exit from one of the EU’s longest and toughest lockdowns will continue, with bars and restaurants able to serve guests indoors from July 5 when arts and sports events can also resume both indoors and outside but with heavy restrictions on attendance.

Ireland currently has the strictest travel curbs in the EU. It advises citizens against non-essential travel, imposes fines on people heading to airports to go on holiday and enforces a two-week mandatory hotel quarantine for arrivals from 50 countries.

The EU certification scheme will allow people who received a vaccine, had a negative test or are immune after recovering from COVID-19 to travel freely around the bloc.

Under Ireland’s plan, unvaccinated children aged between 7 and 18 must have a negative coronavirus test before coming to the country, regardless of departure point.

Passengers with valid proof of vaccination from outside the bloc can also travel freely, so long as the countries they are arriving from are not deemed to be at high risk of spreading COVID-19 variants.

Unvaccinated travellers from outside the EU must arrive with a negative test and self-quarantine until they take a second post-arrival test.

The approach to travel outside the European Economic Area will apply to neighbouring Britain and the United States – Ireland’s two largest markets for tourists.

The government chose not to follow British-run Northern Ireland in allowing unencumbered travel for arrivals from the rest of the United Kingdom, citing concern over the rapid spread there of the coronavirus variant first found in India.

The more transmissible variant accounts for 6-7% of cases in Ireland.

Ireland does allow free movement across its open border with Northern Ireland, which Deputy Prime Minister Leo Varadkar acknowledged meant that someone could travel freely to Ireland from Britain via Belfast.